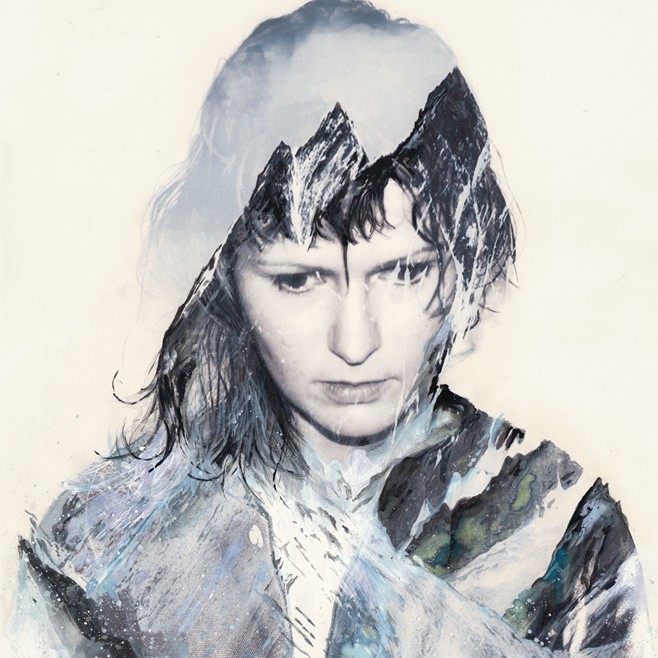 Hanne Kolstø’s fourth studio album, Stillness and Panic, exudes that distinct feeling of warmth sought from the cold; the solace of sitting inside as snow drifts through empty city streets. Listening to her soft, adept vocals brings to mind the Danish cultural trademark, hygge – a culture and a country not too distant from Kolstø’s native Norway. So what’s hygge? It’s all about feeling comfortable and cozy, surrounded by friends and neighbors, everyone happy by the warm glow of candlelight. That’s the overall impression Stillness and Panic leaves with its listener – it is a record that is easy to listen to, filled with catchy tunes to keep one’s mind off of the harsh winter cold while waiting for spring.

The vocals on “One plus one makes one out of two” are reminiscent of another Norwegian songstress, Suzanne Sundfør, on her M83 collaboration, “Oblivion”. Both songs incorporate similar searching, expansive vocals and a catchy quality that stays in your head for quite a while. Hanne’s ability to evoke a chilly landscape while her style remains warm and engaging feels distinctly, ahem, Norwegian. Listening to this album is as absorbing as reading a novel about distant places…the lyrics and instruments create an evocative, faraway feeling.

There are certain tunes with a very “pop” flair, and “Swiftswitch” is one of them. It’s sweet and fun, yet there is something a little more variant than your run-of-the mill track, like subtle minor chords in the song’s hook.

“Someone else” is a notable track, complete with endearing cliches. Hanne informs her intended that, “You know nothing about me, I know everything about you…”, in a way that is far more relatable than saccharine. The song culminates in a mesmerising instrumental interlude, tinged with notes of an organ at the end. It’s an upbeat, smiley tour-de-force that displays the album’s strengths perfectly: delightful pop mixed with a transportive musical arrangement. It feels otherworldly.

Other stand-out songs include nothing “Nothing out loud”, a moody and quiet interlude in the midst of the album. The title track, “Stillness and panic”, starts off with Hanne’s spin on a gregorian chant, soft and quiet, an ethereal aura floating around the lyrics – “I see you now…”. It’s a more somber moment of the album. Something about it feels very distant, out to sea, especially when she sings, “Some say you are the true part of the lie…”. The change of Kolstø’s vocal delivery helps to add a bit of variety.

This is a record to enjoy with a warm cup of coffee or tea. Its hooks plus bright, swirling, variant and dynamic production will encourage future listens. In comparison to earlier efforts, this album feels lighter, with less of a rock influence and more effort on sweet vocals and varying sounds. Hanne’s bright vocal style shares similarities with other Norwegian chanteuses and she still manages to add a whimsy all her own. Stillness and Panic is part catchy pop record and part backdrop for a fanciful Norwegian fairy tale. The songwriting is mature, appealing and artful. She speaks of love and connection with an earned ease.