Killval entered the music scene just last year with an explosive release of  “So Long” which generated nearly 30 million streams across streaming platforms. Since that debut, he shared a solo EP Romance For Madness (praised by Lyrical Lemonade), and most recently two singles: “Space Ranger” and “Friends”. He is inspired by music to make music (2015 release of Lil Uzi Vert’s Luv Is Rage was a huge influence), the thematics of his lyrics are taken from personal life and introspective, and his Twitter feed is a continuous stream of consciousness (in one of the most fascinating ways).

This new track was produced by Nico Baran (The Kid Laroi, Internet Money, Lil Tecca) and Ryan Bevolo (Trevor Daniel, Lil Tecca, Bernard Jabs, Ryster). The lyrics speak to the rapper’s confidence and ability to push through any issues: “I’m fucked up, but I ain’t no quitter,” Killval croons.

When speaking about the release Rowland shared: “I ain’t no quitter. I work hard to achieve my goals. If I put my mind to it, I’m set on getting it done. Never give up on your dreams” wrapping up that sentiment with some positive inspiration – “Keep it going, you’ll eventually make it a reality.” 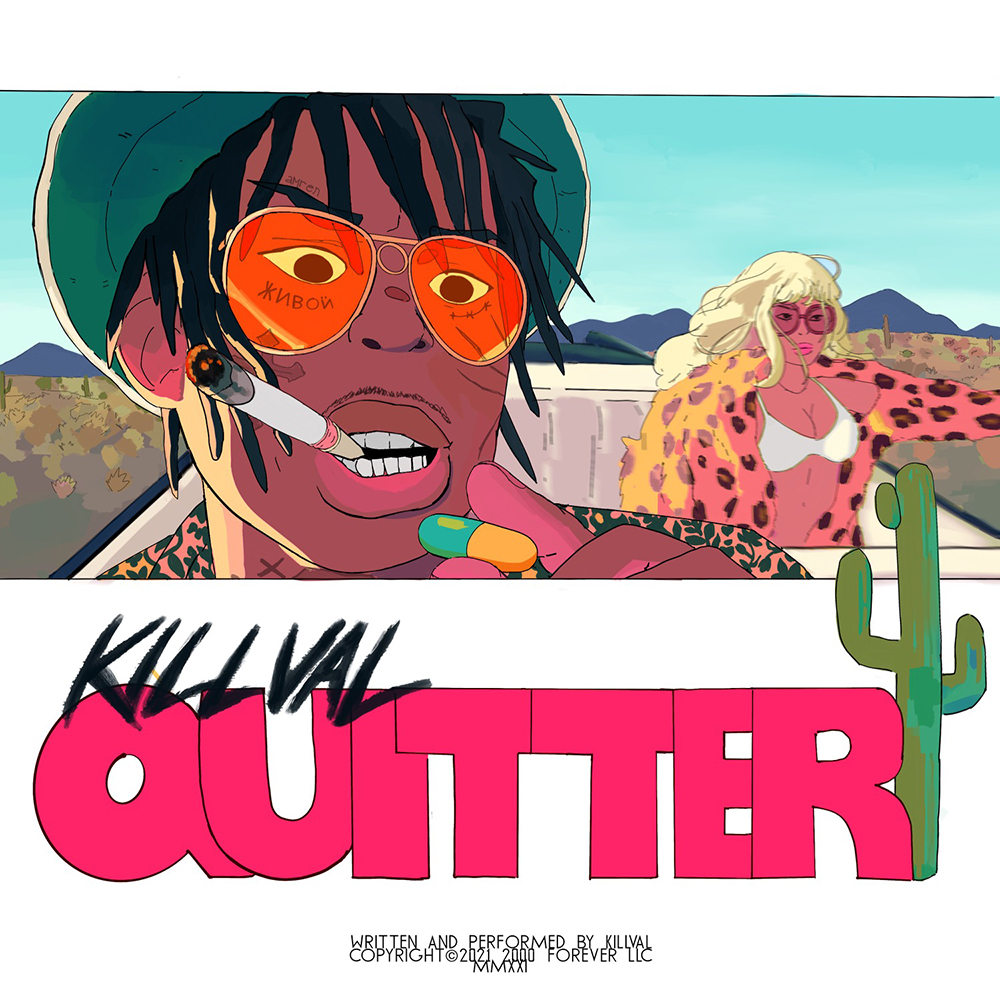