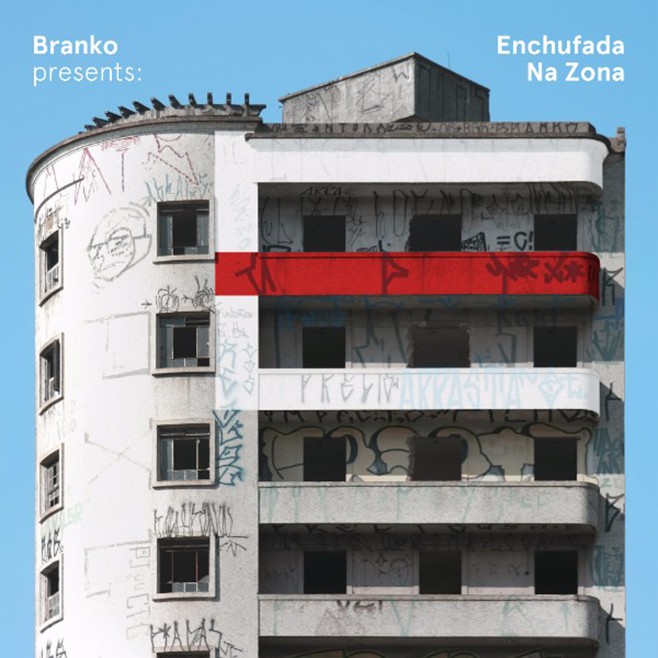 On his debut album Atlas a couple years ago, Branko found himself netted in a conversation – or argument, really – on cultural appropriation. The crux of the debate concerns whether or not it’s OK to grab the sounds and beats that form the backbone of various musical heritages, then repackage them as club music and sell it to naïve European and American markets.

Is Branko a culture thief, or is he expanding the musical lexicon of the world by giving a stage to sounds that would otherwise be overlooked by the mass market?

These questions and more continue to bite at Branko’s ankles in his latest record Branko Presents: Enchufada Na Zona. Though it would be nice to review this album simply on the basis of whether the music is good or not, that would be an irresponsible task. No art exists in a vacuum; there are always influences and context that must be considered whenever the subjective and objective aspects of human society collide. Whether or not he wants to identify with his culture’s past, Branko is the beneficiary of 600 years of colonial oppression, and that is no small consideration when judging the artistic value of this musical collection.

Branko, and his record label Enchufada, come from the city of Lisbon, in the small but influential European country of Portugal. From 1415 to 2002 Lisbon was also the hub of the Portuguese Empire, one of the largest and longest-lived landholding operations ever. All the wealth of a half-millennia’s worth of captured towns, cities, and nations passed through Lisbon, making it one of the most culturally diverse capitals on the planet.

A part of this legacy is represented in Branko Presents: Enchufada Na Zona. Each track showcases a different music style, and a delightfully robust mix of voices and languages, set to an omnipresent discotheque beat. Listening to this album feels like traveling the dance clubs of the world in less than an hour. Or, more correctly, it feels like what Branko thinks travelling the world’s dance clubs should feel like – and that’s the problem.

Though it wouldn’t be entirely fair to pass the sins of a nation onto one artist and label owner, Branko is still a white European male, living in the former nexus of a global empire. Thus, when Branko produces a track from, say, two Haitian producers (“Bout Kompa” by DZgot) working in the Afro House genre, he is opening the hegemonic gates for that specific work. In a way, he’s saying to European and American music markets that this track is OK to listen to, because Branko has put his wealthy white stamp of power and approval on it.

But there’s a more complicated, and dare I say cyclical, aspect to this example. House music comes from the African-American communities of the Great Lakes, specifically Chicago. Over 30 years it got co-opted by the rest of world and is now belongs to a global dance culture. DZgot and the Afro House movement re-appropriated the house genre back to the control of members of the racial and cultural heritage of post-slavery Africa. And now Branko, a white European, has packaged a piece of that Afro House sound to sell records for his personal label. However, what makes Branko different from the so-called appropriators of the past is that he gives credit to the original artists. But does that make it all OK?

Central to this debate is the concentration of power. Indeed, if Branko was an elected representative of a global music coalition, the concerns of colonialism need not apply, because there would be some assurance of inclusivity and representation for all artists involved. However, Branko owns Enchufada records. The artists whose music appears on Branko Presents: Enchufada Na Zona are below him in the organization’s hierarchy. Branko chooses who gets represented because he made the capital investment in production equipment, studio space, airfare to “discover” people, and marketing rights.

Most people would agree that it is fair that since Branko fronted the capital risk, he should have a commanding presence in the organization. But what isn’t fair is that his right to capital is a vestige of his standing in the former empire of Portugal. He is, in a sense, continuing his nation’s most famous export –colonialism – by using his access to markets for the sake of profiting off the work of less privileged artists.