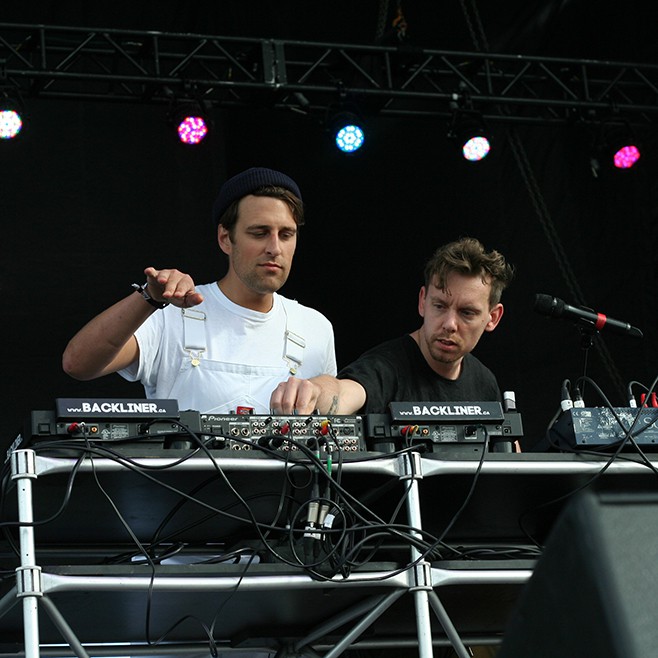 You get used to seeing certain bands at certain venues. For us it is usually smaller venues, darker, more intimate rooms where you really get to know a band. Seeing the same band in the afternoon sun on a large stage is, more often than not, a very different expereince. Especially when the crowd is, well, a handful of people.

NXNE Portlands is a large & spacious, concrete location. A space like that is hard to fill. So when Vancouver’s HUMANS took the stage at 6pm on a sunny Sunday their audience was a sparse crowd of 30-ish people. This is a band we’ve seen more than once in rooms packed with dedicated fans, so I was worried. But Peter Ricq and Robbie Slade did not seem to be phased by this lack of audience. As they proceeded to play tracks from their recent EP Water Water and from their critically acclaimed album NOONTIDE, people begun to gather. It was not their typical audience but they definitely gained a few new fans.

Across the park half an hour later River Tiber, real name Tommy Paxton-Beesley, was joined on stage by a band. You may have noticed his name on Drake’s If You’re Reading This It’s Too Late. Among other collaborations are works completed with BADBADNOTGOOD, Kaytranada, Freddie Gibbs, Mac Miller, and Pusha T, some of which can be accredited to the support of the Red Bull Sound Select. Set on a blue sky background and an occasional tree nodding in the wind River Tiber went right into his chilly, melancholic pop. His lyrics are soft, sad, and at times come of as nearly whispered. The track that put his solo work on the map is “Not Talk” – a song that you can either cry to or have sex to, and it’s an example of this chilly melancholie: “Doesn’t matter if we’ve been down / Nothing’s later than it is now / And you feel it like the motion / To the bottom of the ocean / Getting lifted in the basement / Where we all become the same thing / Always talk like you could get this / In the city acting reckless.” So no, not much dancing was happening during this set, just a lot of waving, bopping, and hugging. 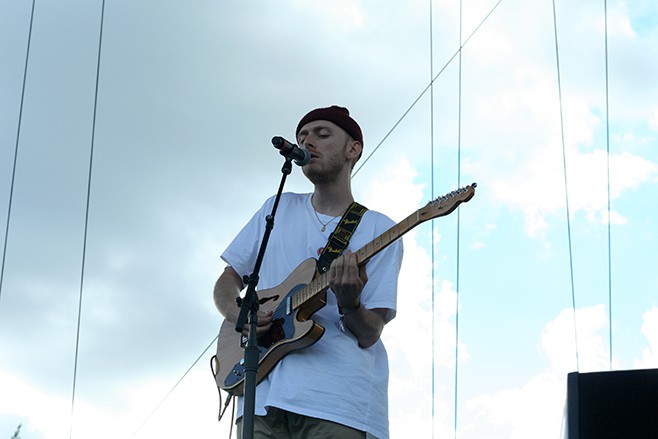