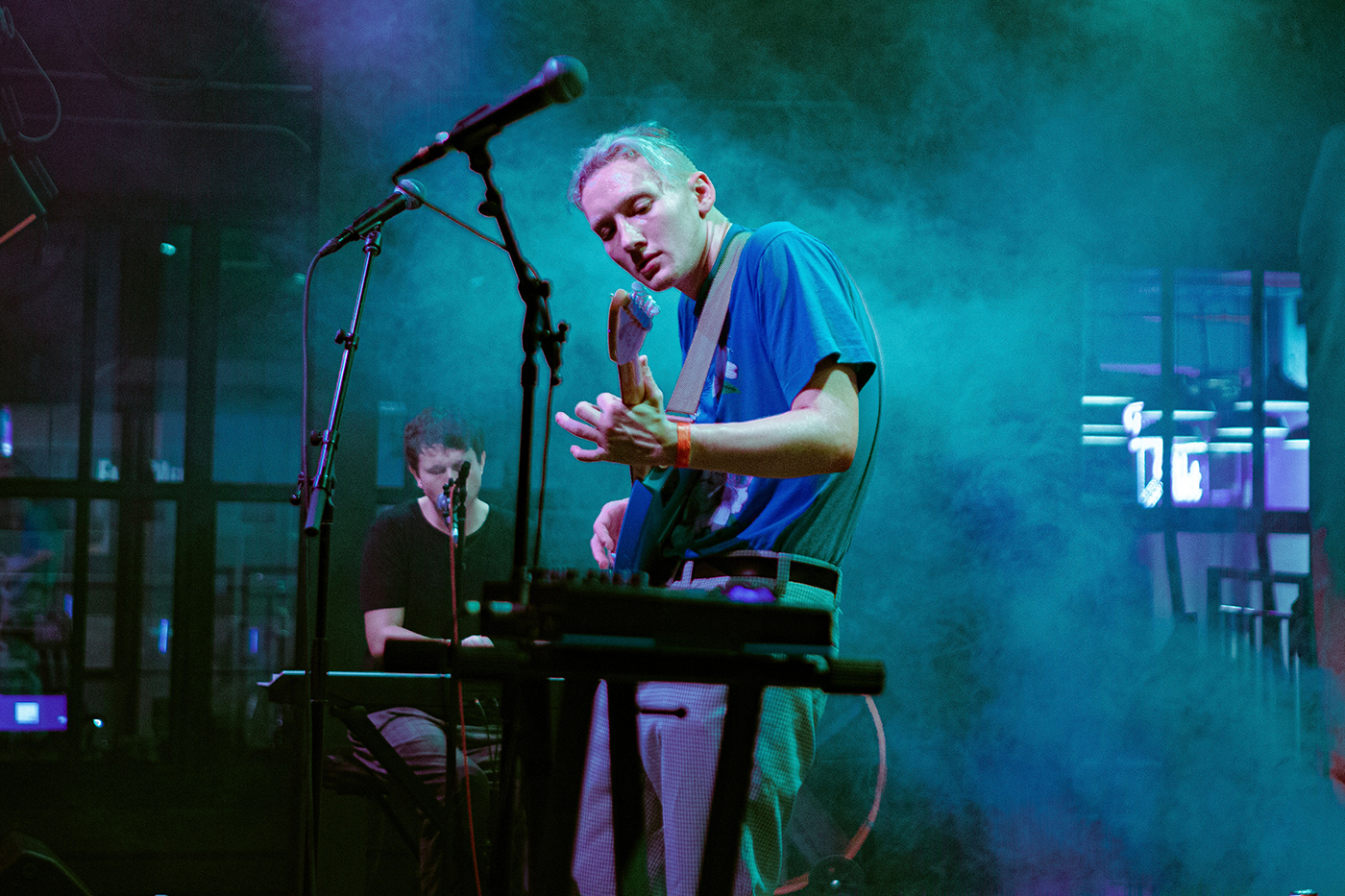 The band Yellow Days sold out City Farm Presents Summer Series in Industry City, a new warehouse development in Sunset Park, Brooklyn. In twilight lighting, the band played its mix of neo-soul, disco, and R&B as the crowd danced to the slow jams.

“I’m a huge fan of Yellow Days and was super excited to book them… It’s been nice to book international acts, as well as local acts for this [summer] series,” said Rachael Pazdan, Director of CityFarm Presents.

Yellow Days is fronted by singer and songwriter George van den Broek, who has a bleached blonde, mohawk-style long hair. George croons and yelps, and the music rightly garners comparisons to Tame Impala, for its slow disco, or Mac DeMarco, for its sense of playfulness. George’s music is beautiful. He knows how to write a melody around a bass arpeggio, or, later in the set to feature his keyboard skills in a solo. The band even paid homage to their influences when they played a cover of “Diamond in the Back,” by Curtis Mayfield. The selection was perfect, and the crowd went wild.

Earlier in the set, the song “A little while,” showed what the band does best: The drums and bass are tight in the pocket with a solid march, while the guitar’s rhythm is lock-step in its syncopation. The song was a two-chord jam perfect for dancing. Later, the band romanced the crowd with “Real love,” George’s stylized singing over this two-chord song got the whole crowd dancing once again. 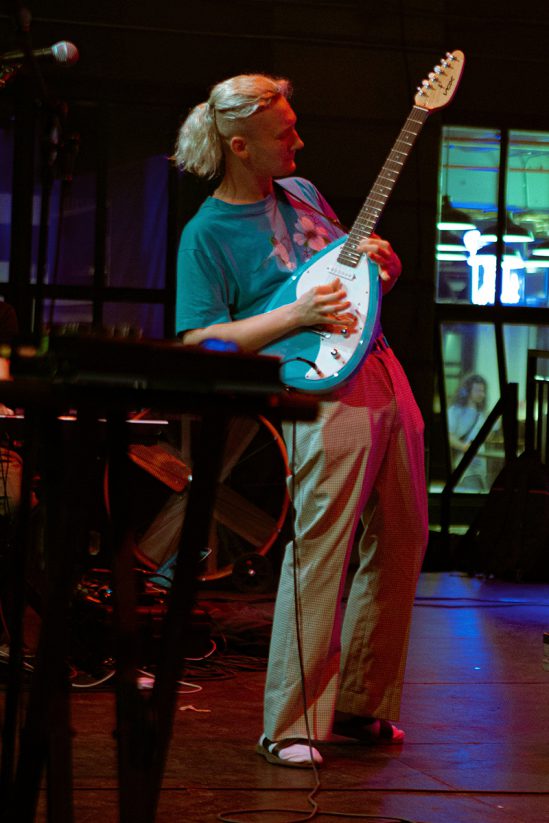 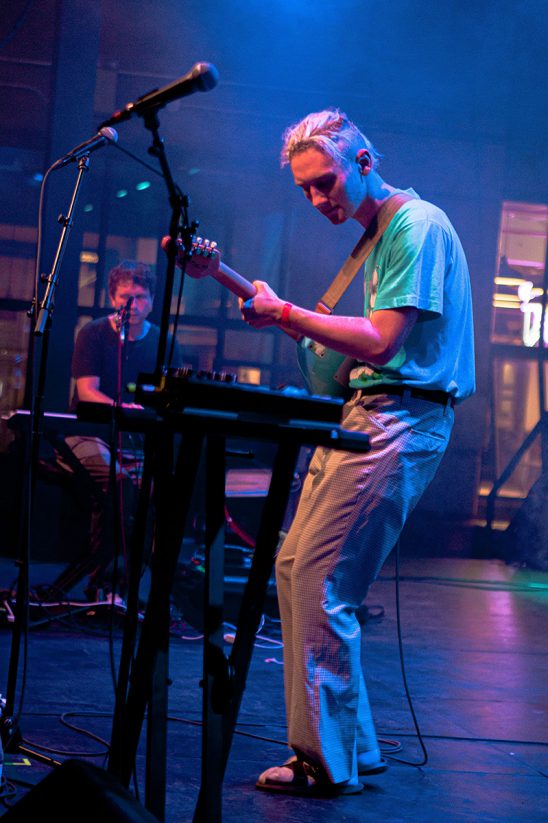 Broek isn’t a “shredder” guitar player, but his technique is fitting in its own way. In at least two songs George capably soloed while singing a vocal melody – akin to juggling. George squeezes every possible note out of his words, and there’s never a dull moment or talk singing. His scat included “coos,” and “dat dat dats,” and has roots in Billie Holiday. Likewise, his mellifluous purring also reminds one of dance music’s imperative to keep the beat going for people to move and shake. Again and again, the band made amazing soundscapes from the drums, bass, and keyboards.

The band lets the music do the talking. That’s not to say the lyrics are bad per se. The lyrics are soul, and while they aren’t especially deep, they are thrillingly effective and might make people want to get romantic. One song, “Your Hand Holding Mine,” from LP Harmless Melodies, is bedroom music meant for intimate lovers. Nevertheless, the song came to life as a slow jam dance track. 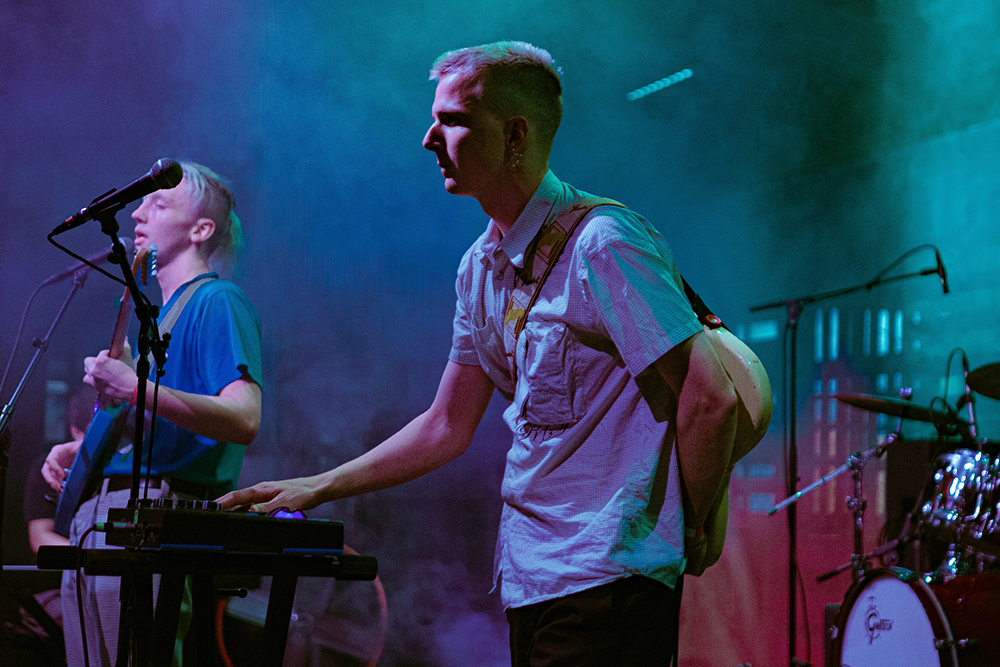 Coming fresh from a cool $400 million grant, Industry City is the town square of Sunset Park, preparing itself to be the next Williamsburg and with new lineup of shows by City Farm they are off to a great start.