The rollercoaster ride that Pitchfork Music Festival had to endure over the weekend came to an end on Sunday. Early morning showers kept the gates postponed from opening on time. No problem, nothing like grabbing some afternoon beers with friends at Bottle Lounge. Cheers to Pitchfork officials for consistently updating the events status every 20 minutes through their social media. After an hour and a half delay, a light drizzle continued to fall but it was safe enough for people to enter the festival. As expected, the ground was a muddy wasteland. The smell of wet woodchips filled the misty air. A large portion of the Green Stage was blocked off with yellow caution tape like a crime scene while volunteers worked vigorously laying mulch down and used pumps to soak up the water. But even standing on sinking grass couldn’t interrupt the enjoyment of the rock group Black Midi.

The London-based band wasted no time riling up the impatient crowd. The thumping bass and crashing high hats of “Ducter” echoed through Union Park. The first half grabs your attention with its funky baseline while the breakdown deteriorates into chaos causing a raucous. Vocalist, Geordie Greep, sounded like he unleashed his inner demons when he hyperactively muttered the words for “Bmbmbm.” The bulk of lyrics repeat the phrase: “She moves with a purpose, what a magnificent purpose” yet the uncontrollable shift in tones with frantic pace made it seem more like he was speaking in tongues. Although the Pitchfork volunteers were able to get rid of most of the water near the stage, there was still a large body of it left over. People danced around the edges until the breakdown prompted them to mosh in the disgusting pool during “Years Ago.” 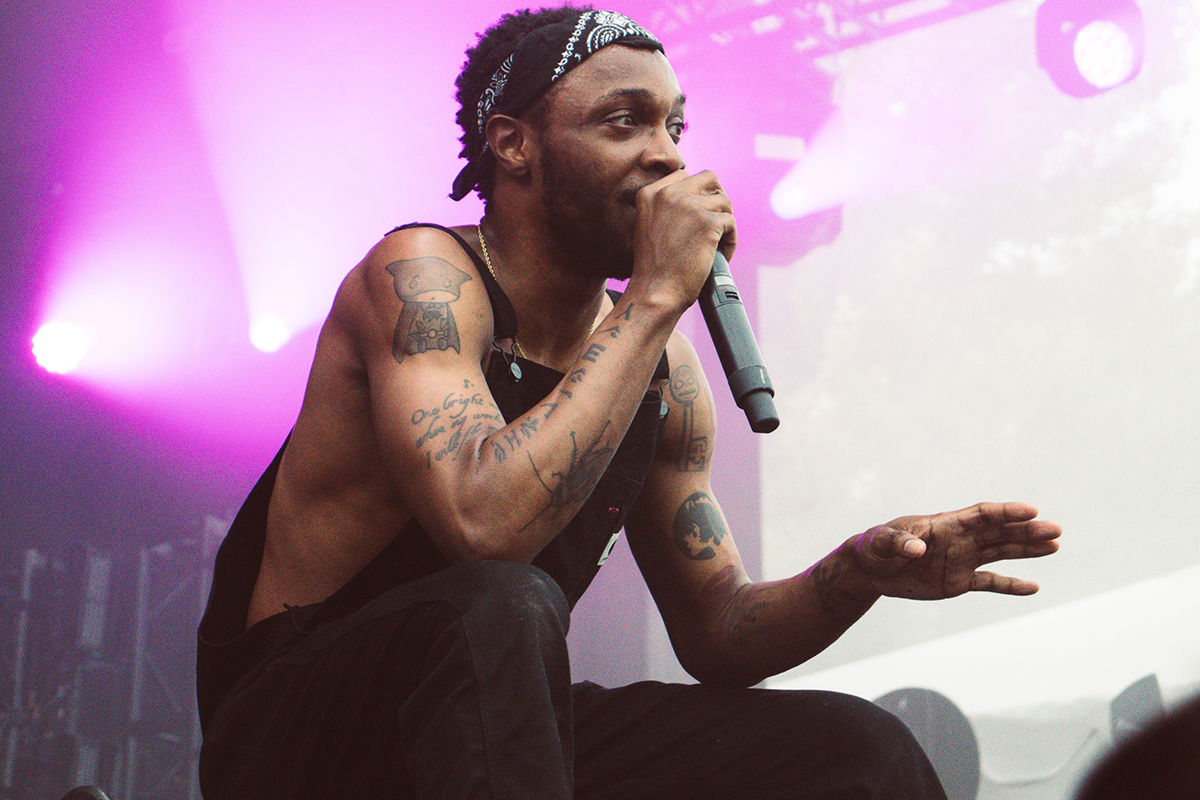 Covered in dirt from the waist down listeners migrated to the Red stage to witness JPEGMAFIA. Rocking black overalls the loudmouth rapper stomped on stage spitting his verse from Denzel Curry’s “Vengeance.” Being his own DJ, JPEGMAFIA ran back and forth to his laptop after each song to change the instrumental. The rambunctious artist yelled out the words of “Thugs Tears” as he sprawled over the edge of the platform swinging his arms wildly. His aggressive style kept everyone on their toes. Showing he had the most guts JPEGMAFIA was the only artist the entire weekend to crowd surf, during “1539 N. Calvert”.

Midday through the event the skies finally cleared up once Clairo graced the stage. She charmingly stated,: “The sun came out just for us.” Now sporting red hair the petite artist oozed swagger walking across the floor. Diehard fans sang along the words for “Flaming Hot Cheetos.” Proving that she’s more than a talented singer Clairo threw a guitar strap over her head and strummed the chords for “Bags” and “Bubble Gum.” Fans grasped onto every word Clairo said as if she spoke directly to their souls. Her soothing voice put them in a trance as they swayed not wanting her set to end. Clairo also debuted her new track “Sinking.” She concluded the performance with her hit songs “Pretty Girl” and “4Ever.” 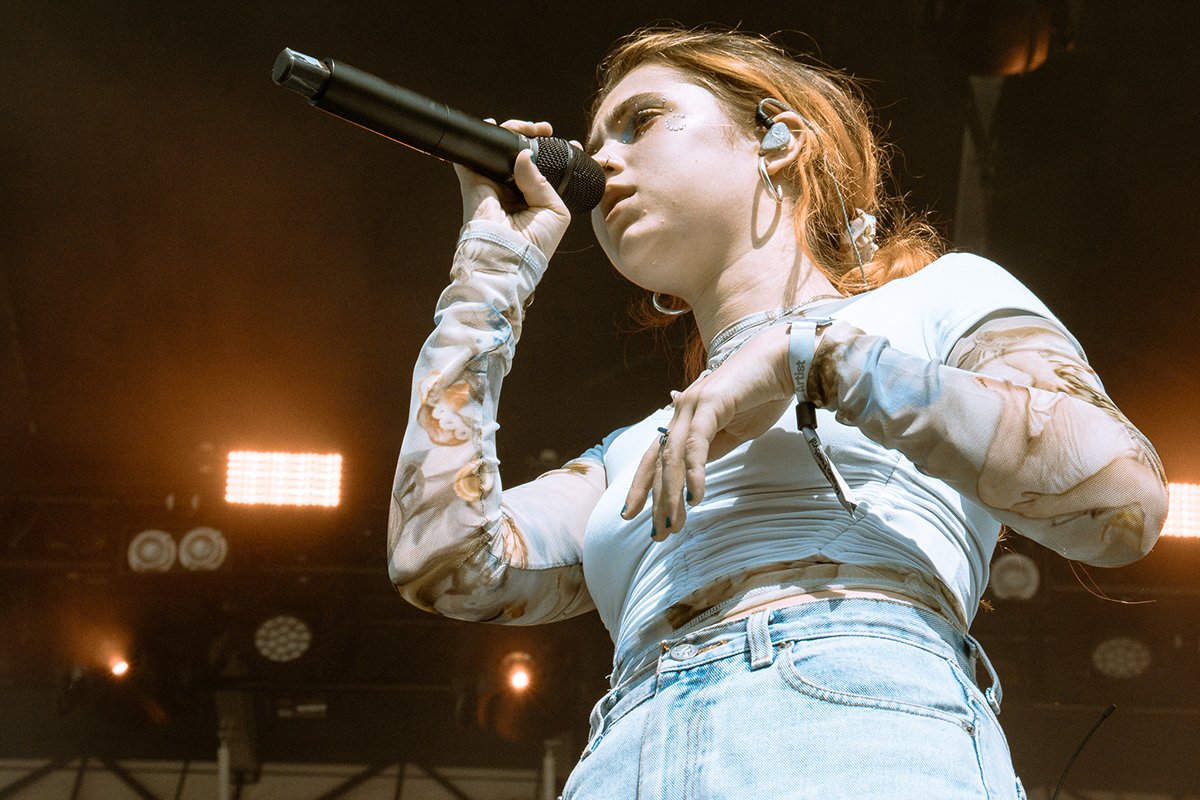 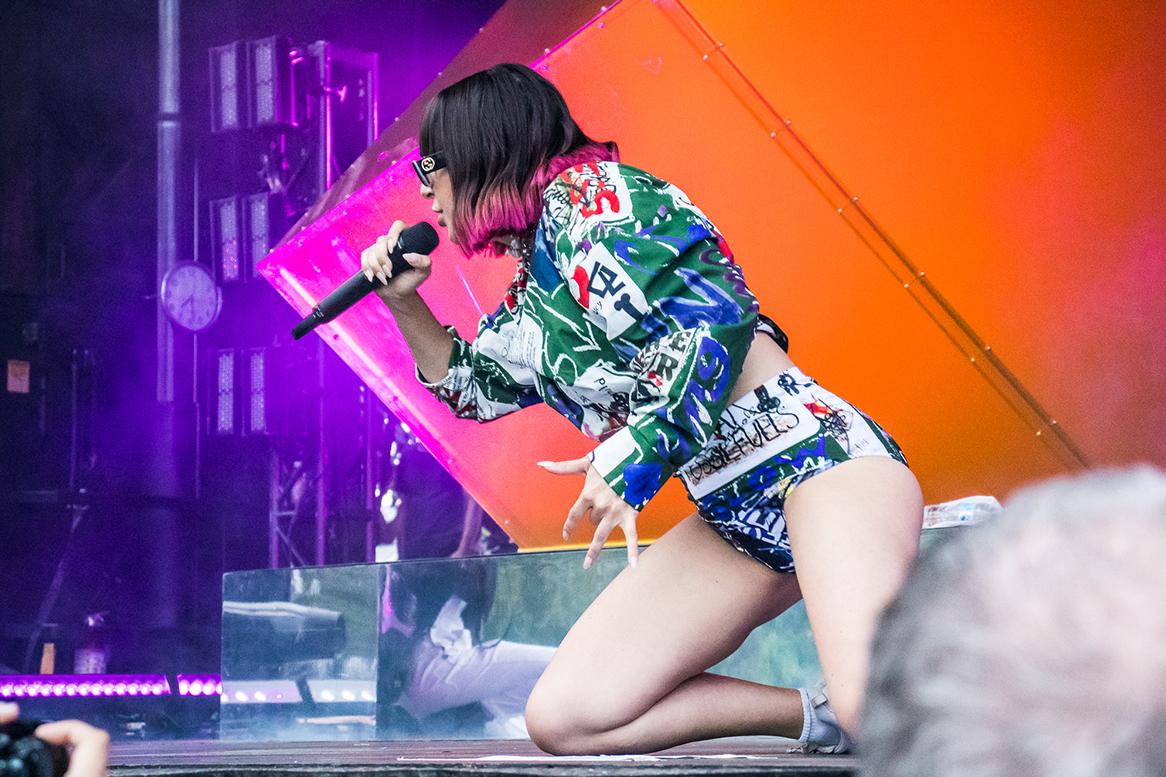 Looking back over at the Red stage the audience noticed two large yellow 3D cubes had been set up. The crowd were more than ready to get the party going with pop artist Charli XCX. Of course it being summer Charli had to get the festival jumping with fan favorites like “I Don’t Care” and “Vroom Vroom.” The carefree artist also showed a softer side by going down memory lane that everyone could relate to with “1999.” Fans lost their minds when Charli brought Cupcakke out for their collaborative jam “Lipgloss.”

Finally, with Pitchfork Music Festival coming to an end this year it was only right that it be closed out by a superb artist like Robyn. She had the most luxurious set this weekend: gigantic white sheets were draped all around the stage flowing freely in the wind and sets of stairs were placed with a statue of a pair of hands in the center. The Swedish singer took control of the night with spaced out tacks “Send To Robin Immediately” and “Beach2K20.” While songs like “Missing U” talked about loneliness and heartbreak, Robyn kept the crowd moving with “Dancing On My Own.” Synth-heavy sounds kept the listeners zoned in. Equipped with a large band, Robyn showed off her dance with a ballerino. Even when one of they sheet fell onto her she never lost her composure. Instead she wrapped herself in the large fabric and dragged it across the stage. Robyn was a goddess on stage, yet she carried enough humility to pay respect to Chicago saying Deep House music is what helped inspired her sound years ago. 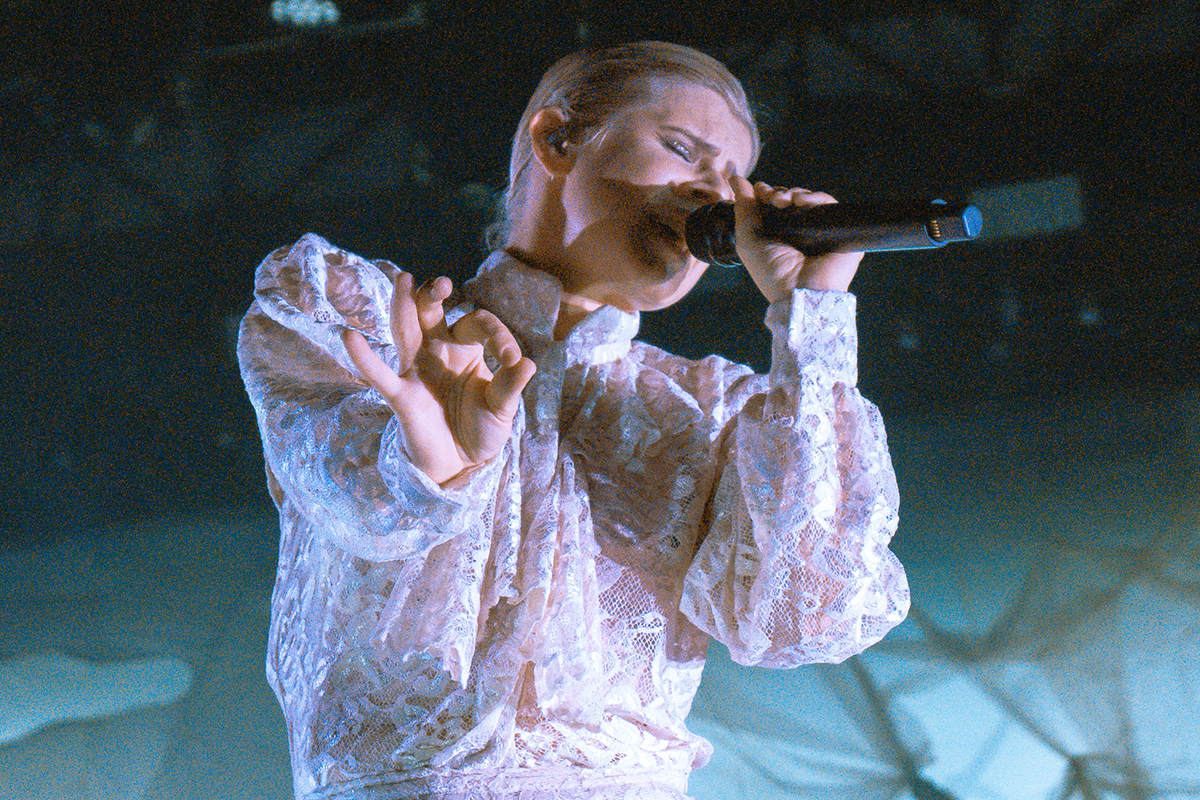 Overall Sunday’s lineup was much more of a mixed bag next to the previous days. The fact you had pop artist like Robyn and Charli XCX made the last day a true celebration. Better weather conditions made getting through the day an improved experience. Even with all the craziness Pitchfork did a fantastic job catering to everyone’s musical needs – there was something for everyone to enjoy. Leaving the event you may have picked up a new genre to give a listen. While you may not have liked everything, you could appreciate the variety of talent showcased. This makes us look forward to see how they plan to top themselves next year. 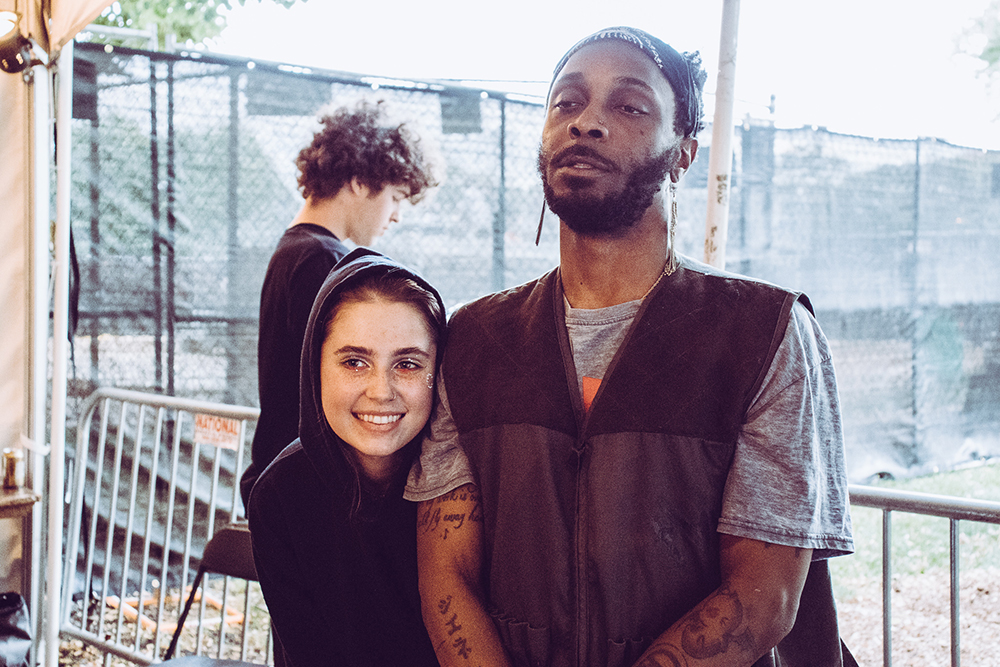