Toronto’s Danforth Music Hall was transformed into the weird and whimsical world of Remi Wolf for two nights this October. Much of it was disguised under dark throws while Jordana performed and while we all were here watching Jordana the large and mystical dark shapes standing tall over her were certainly calling attention.

Jordana, fresh off her tour with Local Natives, has been on the road supporting her latest album release Face The Wall. As a young DIY producer making ’90s-inspired garage-rock and hazy lo-fi pop she has gathered a crowd of the alike. This was an all-ages show packed with people of all kinds and walks of life, it was quite beautiful. “The album title has a few meanings to me,” she shared in the press release, “Mostly, it’s about not giving up. The wall can be anything in your way. The album is a sort of reminder to myself that I have to face those things, and I can’t take the easy route and turn around”. The outcome is a relatable, catchy record that her fans ate up like sweet breakfast cereal.

“Let’s rock” she would say and cut right into “Play Fair” followed by “Like You Used To”.  Jordana went through her set sharing small stories, playing with her band, and calling on everyone to hydrate halfway through her set. “This song is about not giving a damn,” she proclaimed before playing “Why,” the crowd erupted into loud cheer escorting her and the band off the stage. 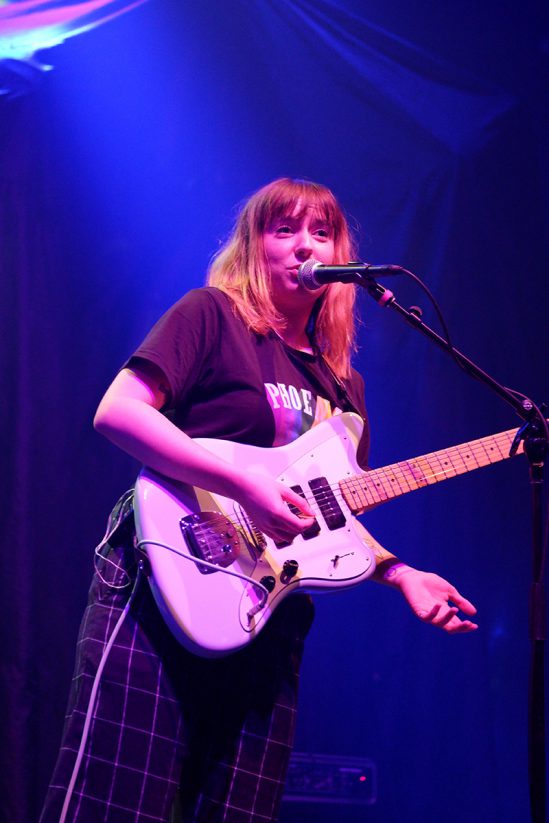 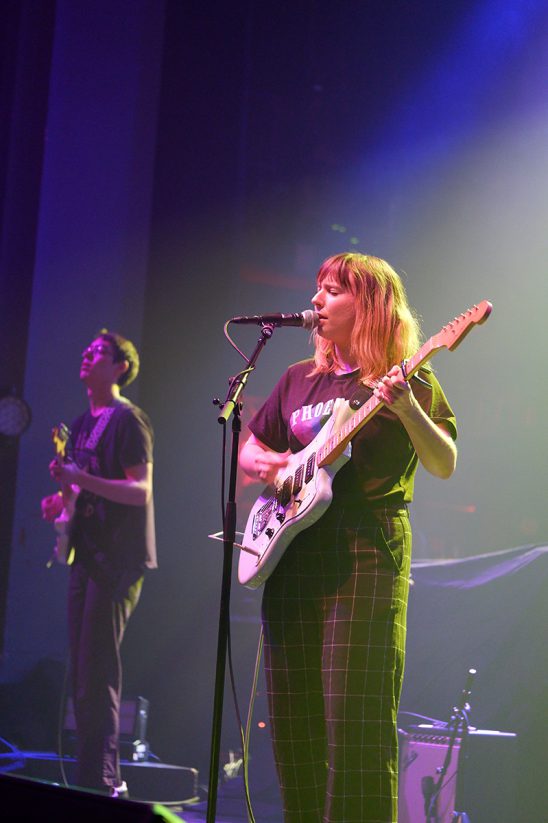 Over the break, the vailing dropped and we all got to see the infamous stage set up – the world of Remi Wolf equipped with a giant tree, loosely arranged projection circles, oversized flowers, and even a couch she and the band took occasional breaks on.

I recall seeing Remi Wolf opening for Cautious Clay and the last of the pre-pandemic days. Her unbothered and confident presence took the room by surprise immediately so her current, dedicated fan base certainly makes sense. This fanbase has a name, “Remjobs” is what she calls them, the wild bunch consisting primarily of Gen Z and young millennials (to the shock of the earlier perhaps).

Wolf has just recently dropped a deluxe version of her debut album Juno, the creation of which in her own words was “like a fever dream”. “So many changes were happening in my life while I was creating these songs and I think my album really reflects the feelings of tension and release that these changes provoked in me” she continued, “Every song on this record is a vivid snapshot into what was going on in my life and mindset the day I wrote each one”. 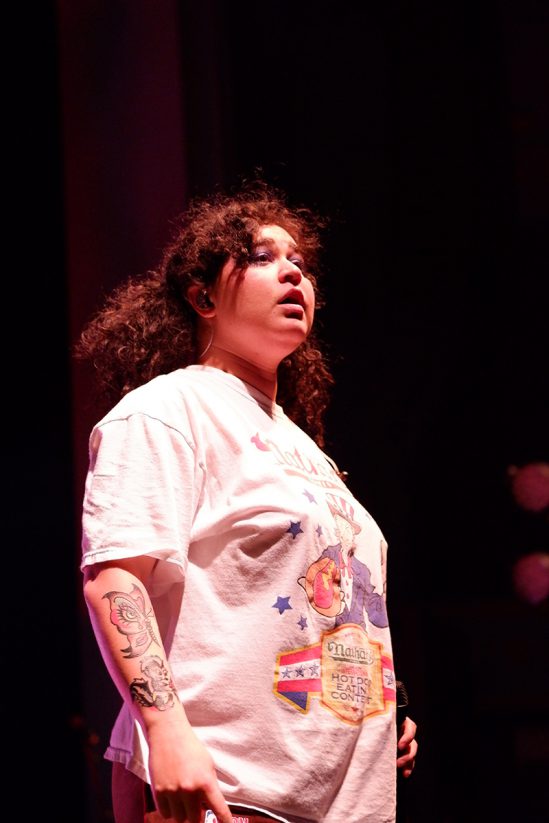 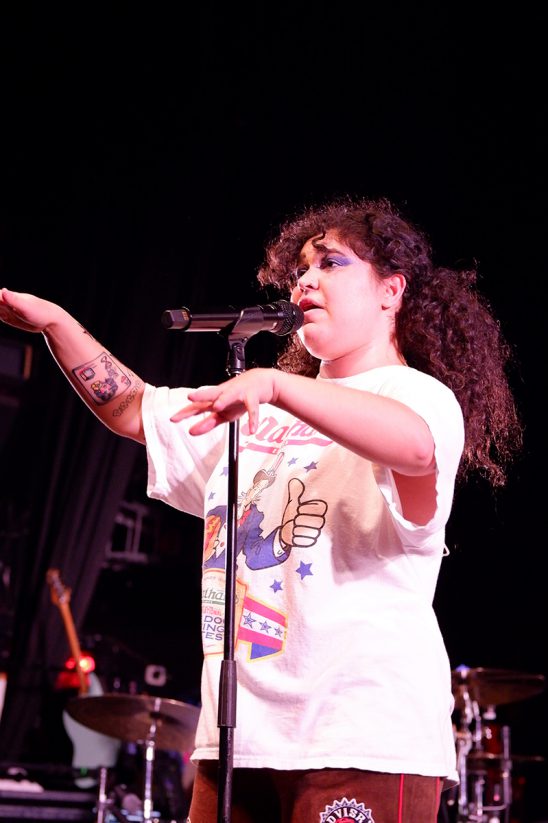 The Remjobs were here to enjoy it all, soaking it in with a smile. The set started on a high note – no, on a rock n roll note – with “Quiet On Set”. Remi and the band put all of their energy into this song, bringing the collective energy of the room to 11. For the next 90 minutes, Wolf went back in forth between telling stories and playing songs. In some ways, this almost felt like a stand-up routine mixed with a ‘motivation/fuck everything’ TED talk, which again, worked really well for the fans. Early on she shared a few rules with the room: #1 Dig dig into your little heart and sing all the lyrics; for rule #2 she thought everyone a fun lil’ dance followed by rule #3 which was naturally “have the best fucking night if your life”. We can get behind all that, let’s go.

Remi’s high, infectious energy stormed through the room in waves, dancing, kicking, and wearing people’s gifts on stage (yes, the fans brought her gifts). In between the TED talks, or rather around them, we got to hear a wide range from her collective repertoire including tracks like “Guerrilla,” “Sexy Villain,” and “Liz”.  The evening came to an explosive end with “Street You Live On” and the highly anticipated “Disco Man”.