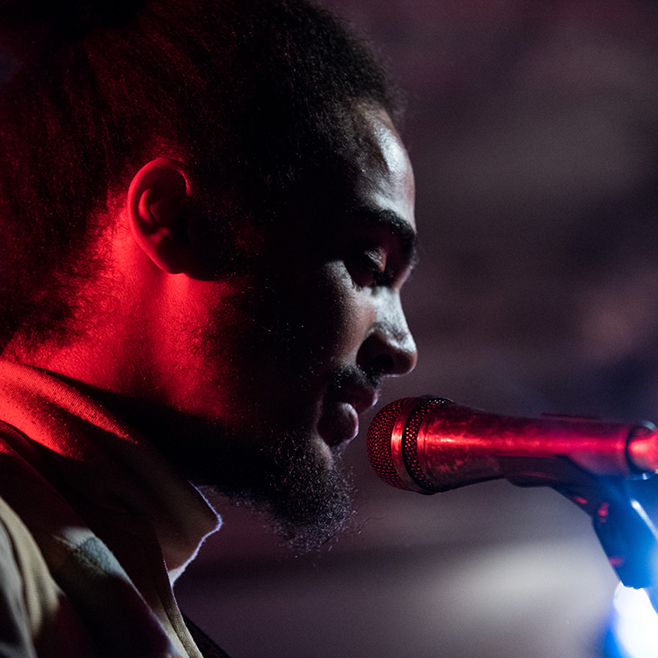 Montreal continues to be a hub of wild creativity and reckless abandon, on the forefront of what’s hot in music and art. One festival, POP Montreal, means serious business. The not-for-profit curated cultural event spans over 5 days, and features both local and international artists. The festival offers live performances and talks as well as art, film, and fashion showcases. POP’s mandate is to celebrate emerging artists, giving voice to individuals and groups that deserve recognition.

POP was thought up in 2002 by friends Peter Rowan and Dan Seligman, and last week, it capped off its 15th year. POP’s longevity proves that its model is successful, having expanded from an $8,000 budget to a million dollars, from 15 venues to over 50 as well as corollary events such as Film Pop, Kids POP, and Puces Pop.

The festival has helped put Montreal on the map as one of the leading centers for providing an introduction to a new generation of independent talent. This year, POP pulled in some big names but still maintained exposure for the DIY homegrown talent. Here are some of the highlights from this year’s festival:

Un Blonde: Montreal locals Un Blonde played a short but ultimately sweet set at Casa Del Popolo on Thursday night alongside acts The Submissives and Carla Sagan. Un Blonde’s recent release Good Will Come To You has been very well received, and although they play fairly frequently in the city, singer Jean-Sebastian is consistently impressive, always a treat to see. Un Blonde’s most recent record is heavily rooted in gospel music, and differs slightly from the drone guitar melodies of earlier jams. The new songs translate smoothly to live performance. The band bathed in red light lulling a small and respectful crowd into silence.

Babyfather: Babyfather cast a smoky shadow over the Thursday night audience at S.A.T, opening for Kode9. Outside the venue, the weather was pretty cold and miserable, but Dean Blunt and crew packed serious heat. The London group’s music functions like a tool of political and artistic protest; it hardly feels the need to follow “good” music guidelines. They featured off-kilter, off-tempo beats, Angelo Badalamenti-esque string, horn and synth samples paired with lo-fi, pitched down vocals. There is a melancholic feel to their live show that is both relatable and uncomfortable, as they experiment with themes appearing frequently in American hip-hop: money, lust, drugs.

Partner, NoBro, Birds of Paradise: are talented humans, and a favorite among bands in the Canadian scene. They headlined the show at Divan Orange on Thursday evening, visiting from Sackville, NB. Their music has a sense of humor while exploring themes of queerness, intimacy, and Canadaiana. Live, they were somehow charming and intimidating at the same time. Montreal’s NoBro are a serious dose of doom: they’re a youthful hit of guitar-centric garage rock. These ladies can shred and they know it, their music is confident and fun but packs a serious punch. Birds of Paradise are a cross between PJ Harvey and Scout Niblett. Their sound takes a slower, lower, electronic approach with some surf rock thrown in the mix. At times it’s confusing while feeling new and dated at the same time. For that, it’s intriguing. Listening to them live felt like being trapped in a dryer with an MP3 player, quite the ride.