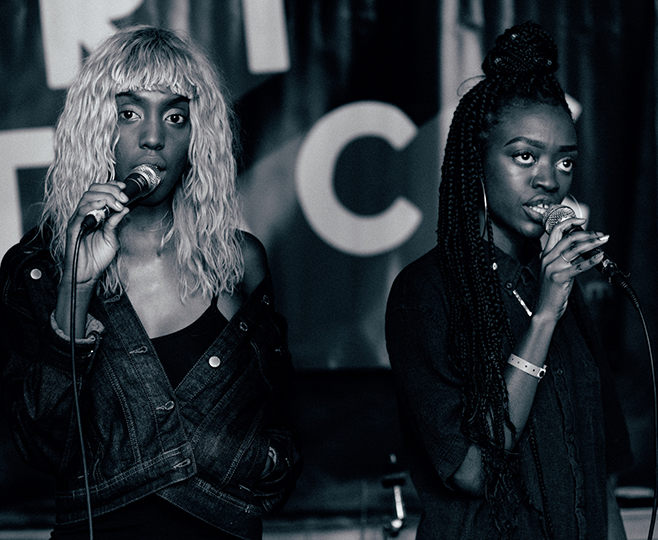 BizZarh, Ice Cream: Joining Montreal from Toronto, duo’s BizZarh and Ice Cream gave some especially skilled and sassy sets on Friday night at Brasserie Beaubien. Ice Cream’s post-pop no wave sound is smooth and sultry, while still maintaining upbeat tempos and romantic vocals. These women were a dream to watch. BizZarh uses hip-hop tropes but takes a modern, trap-inspired approach: reminiscent of groups Gang Starr and Digable Planets with dark, wavy undertones. Their out-of-this-world live show was chill but hype with both women captivating the audience and creating a surreal vibe.

Angel Olsen: Olsen’s show at Theatre Rialto was so powerful, it’s difficult to put into words. Opening for her was Montreal’s Best Fern who give off an ambient, soft vibe that is gentle on both ears and eyes. As an anticipated festival headliner, Olsen had to meet fairly high expectations. Nonetheless, she delivered. Her large backing band was a perfect accompaniment to her haunting vocals. Not to mention, Olsen was syrupy sweet with the crowd, giving her Dad a cute shout out mid-show. Her songs translated without flaw to the live setup, as the balcony welled up, clearly feeling far too much and not knowing how to handle it. 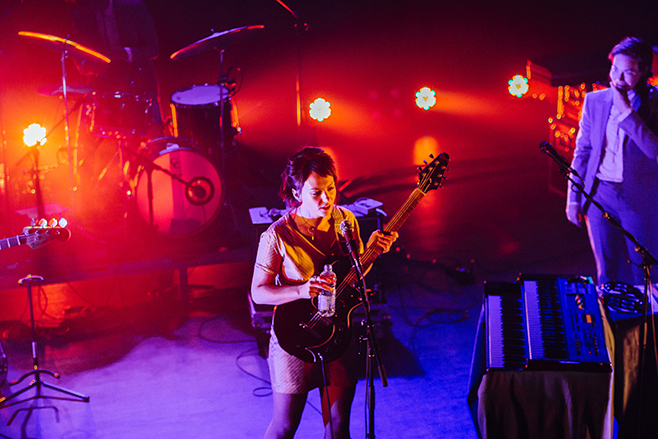 Le Clubhouse POP: Granted this isn’t a band or performer, but throughout the weekend several highlights occurred at Le Clubhouse POP. Friday night’s basement reggae party was strong, co-presented by CKUT. They booked some incredible artists including Brigadier Jerry and Kingston 12 Hi-fi. In the same space on Saturday, Uniiqu3 was a showstopper; an incredibly powerful vocalist and performer. Upstairs, the venue, which was a ballet studio converted, was packed. It featured Canadian acts including Blood and Glass, Fake Tears, and La Fievre. The main level of the Clubhouse was a hub for people and artists alike to chill, charge their phones, grab a drink and mingle. LIP founder Frankie Teardrop mixed for those who were just hanging out. A bonus at Le Clubhouse were the snacks available throughout the fest, a different local chef showcased each evening.