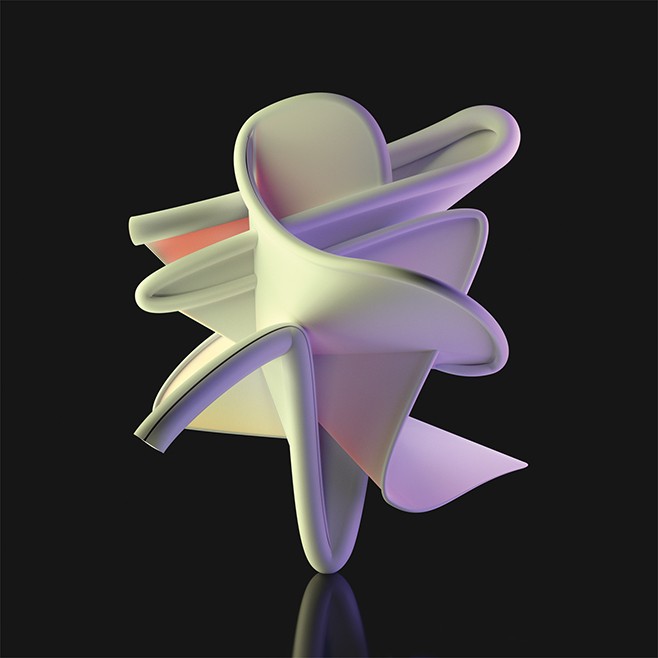 The sophomore album from Painted Palms, Horizons is like rainbow oatmeal. It looks awesome, but is essentially bland.

While they’re fun live, this record feels like several steps below New Order, but with the (oh so memorable) edges sanded off.

Vocalist Chris Prudhomme allegedly works with producer, Reese Donohue, strictly through the internet. Even when they’re in the same apartment building, the cousins grow an album out of demos they trade back and forth. Using the same process (and under the same label PolyVinyl Records) it’s no surprise that their product would be the same as their freshman EP, Canopy.

Now to the actual album: things start off nice enough with “Refractor,” but that appears to be the top of the hill for this sugar rush of an album. Though powerful enough to make your body sway, it seems like a prelude to the headlining band. While “Contacts” feels like playing on the monkey bars, the sticky synths of “Gemini” reminds of a water down version of Django Django.

“Glaciers,” a tripped-out poppy tour with synths at their best, and “Disintegrate” do their part to hold up the album. But it’s too little too late to make this album on one’s repeat list for the weekend. “Control” is about losing control at a party. Because the word control clearly has no other connotations. The song is a noticeable blemish, with a chorus that sounds like “Echoes,” which odd enough sounds like all the others choruses on Horizons. The sugary madness finally blows up with “Painkiller.” “Waterfall” leads one to the important question, What the fuck is he talking about?

Overall, Horizons is your friend pot journals set to music: entertaining in the moment, but not something you want to keep in your library.

Horizons comes out Sept 4. To celebrate, Painted Palms will be playing at Baby’s All Right in NYC.