This past Civic Holiday Monday, Electric Island hosted yet another great summer jam, compiled of amazing artists and rich summer vibes. With a (mostly) laid back crowd, Strongbow samples, acrobat dancers, and gourmet food trucks, it’s hard not to have a good time. Oh, and did we mention the line up? 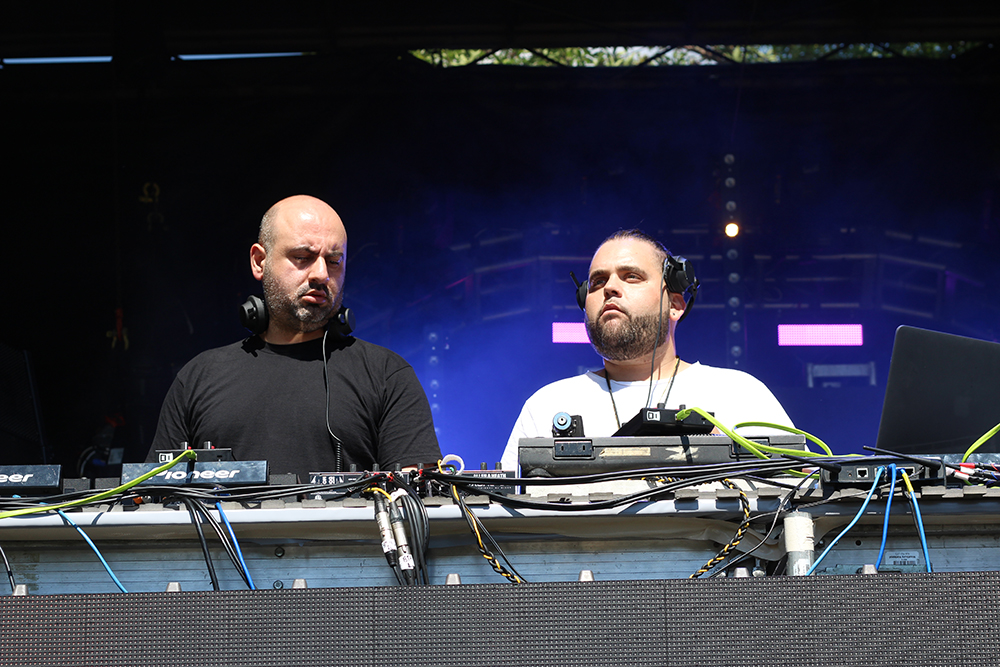 Local duo, The Junkies, got on stage in the early hours of the day to start the party. Although it was clear the duo were having some technical difficulties as well as some very harsh sun burning up the decks and eyeballs, both Valentino Cola and Vince Nicolazzo were enjoying the upbeat energy of the crowd and the beautiful day on the island. Local residents at CODA, you could tell they were comfortable in their element and thrived off of their fellow artists. 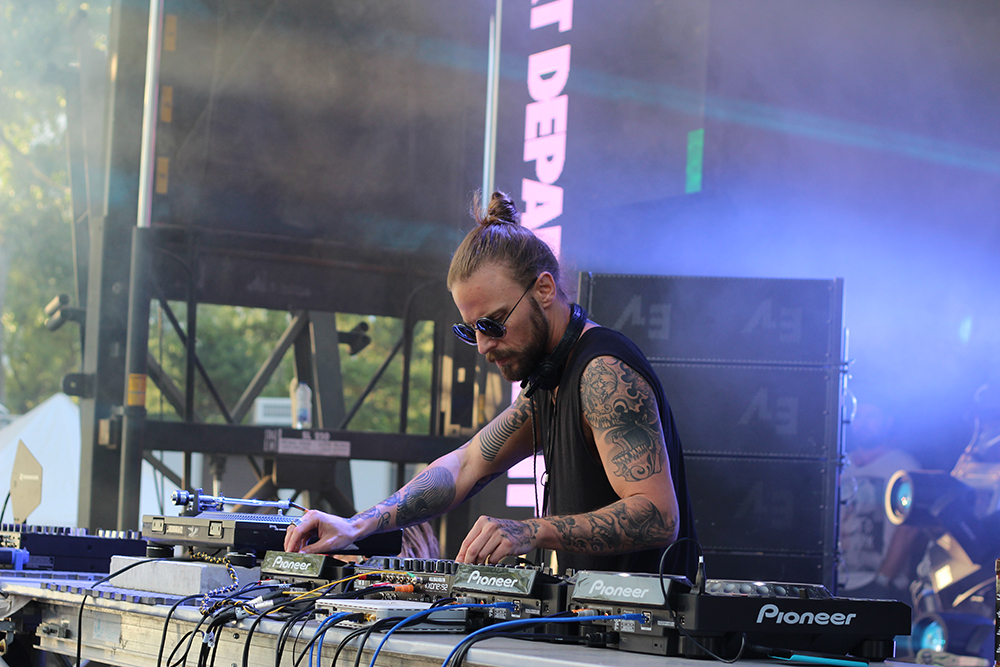 Another local artist, Art Department, aka Jonny White, took on his first solo tour (sans Kenny Glasgow), pleasing the crowd with his underground sounds and motivating his local fans to get on their feet and enjoy what is left of this Canadian summer. The music was as perfect as the weather, and he definitely put on a show to make some memories to. 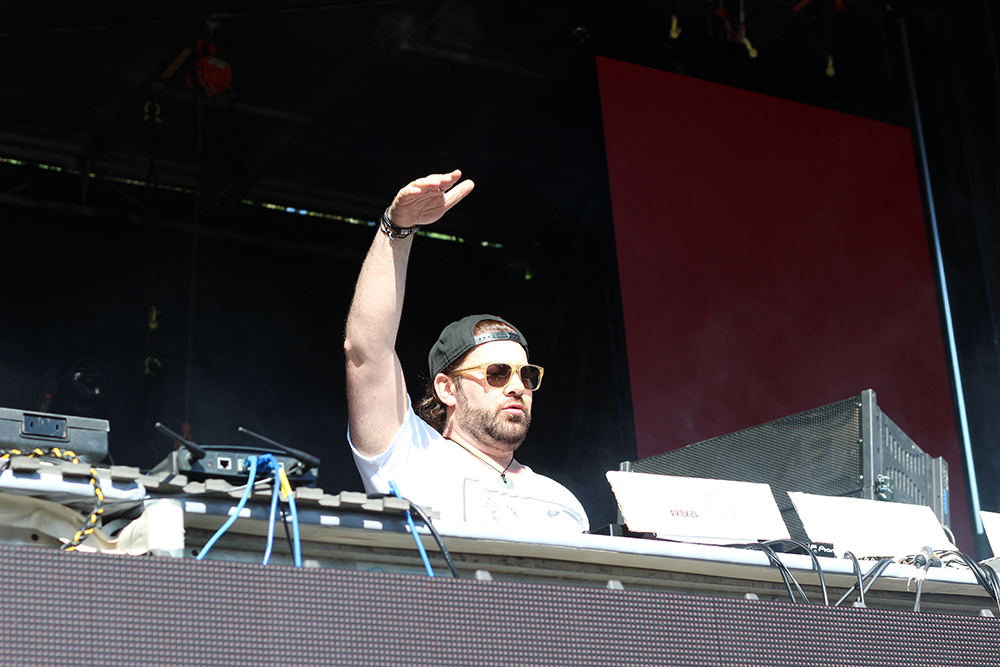 When fan favourite, Shiba San took the stage, the mood seemed to go from chill to party pretty quickly. With a seamless collision of hip-hop and “ghetto funk”, San knew how to please this crowd. Patiently waiting for the 2014 summer hit, “Okay,” fans took to the stage and the Island started to look more like a concert than a beach day. This is where it got good. 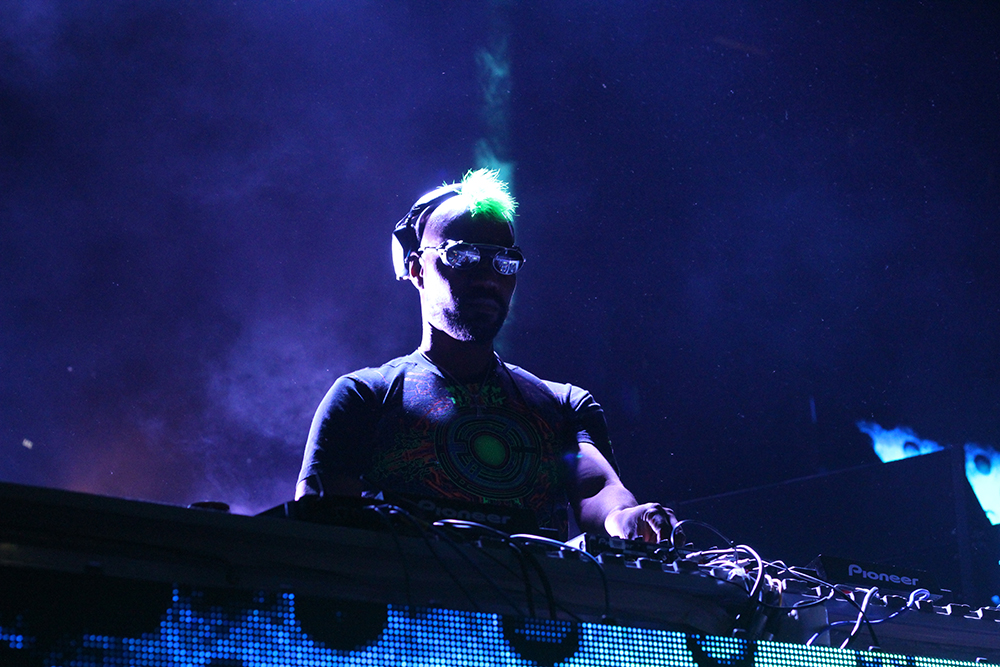 Green Velvet (also known as Cajmere) showed up with his infamous green hair and played a set that was nothing short of amazing. Playing classics like “Flash,” “Lazer Beams,” and of course “Bigger than Prince,” Velvet blessed his fans with a complete concert that had the entire Island on their feet. It seemed as though no one even noticed that it started to rain, in fact, it almost made the crowd even more pleased. Ending with “La La Land,” this was definitely one of the best shows of the summer.

If you haven’t got the memo yet, make sure you are on the Island on September 7 for the Labour Day edition of Electric Island.

See more photos and tag yourself in the crowd here.