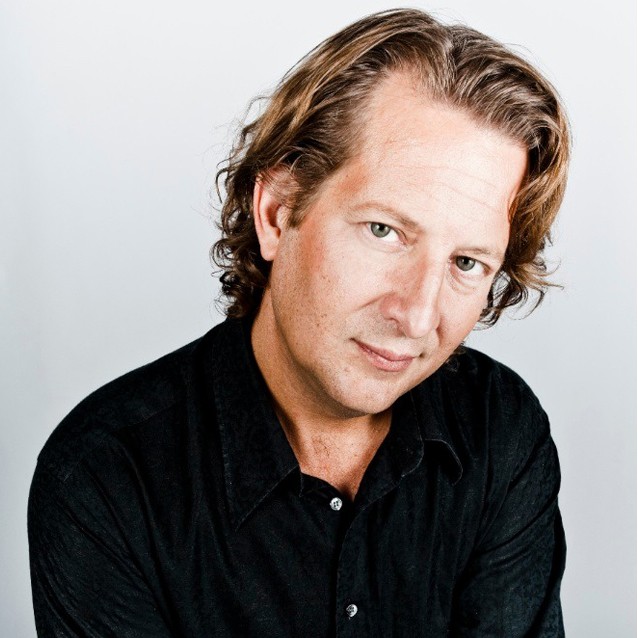 If you’re not familiar with Alan Cross, that’s fine – you weren’t a teenager in the ‘90s in Canada. Beginning in 1993, Cross had us in the palm of his hand for one hour every Sunday evening. His program: The Ongoing History of New Music was appointment listening at a time when the Internet was still in its dial-up infancy. The quick fix conveniences of Pitchfork and YouTube hadn’t yet allowed us to cherry pick our way through the 60s, 70s, and 80s. As 14 year-olds, we didn’t yet know who The Smiths were, and Joy Division sounded like a German space man crying inside a vacuum cleaner. However, the pre ‘93 haze eventually lifted as Cross helped us contextualize the pre-grunge landscape. I was beyond thrilled to sit down with the man who helped many a mullet-headed Canadian teenager navigate their way through Punk, Grunge, and Britpop.

Shaun Roncken: You grew up in Manitoba?

Alan Cross: I did. A small town outside of Winnipeg called Stonewall, at the time, population about 2,200 people. My Dad was mayor for a while, and when I was growing up we had three TV channels – one of which was in French. There was no cable TV for years.

SR: How old were you when punk broke?

AC: That was ‘77, so I would be about 15. Right around the time you’re looking for anything to help you identify you from your peers. Up until that point it was all pretty mainstream stuff. It was really tough [to get access to punk]. Really really tough. I would read the Rolling Stone, Creem, Circus, and, occasionally, they would talk about these punk rock bands.

AC: That’s right. Just a little bit. But I remember I went to see Elvis Costello when he came to town. He played at a town hall called the Playhouse Theatre. It was this old vaudeville theatre – soft seating, that kind of stuff. So I went to the show, and Elvis comes on. What you have to remember is that at that time, security was often handled by a motorcycle gang called Los Bravos. So you had all these biker dudes taking care of crowd security. And Elvis comes on, and he starts playing, and there’s a lot of punk kids there and I was thinking, “Wow, this is kind of cool. I mean, I’ll never dress this way, but I like their attitude.” So he comes on, starts playing, and the kids rush up to the stage and start pogoing. And these bikers start picking up these kids and throwing them over the seats, tossing them out of the way and just being really really rough with them.

AC: Elvis is standing on the stage, and he turns around to the band and goes, “Stop! Stop! Stop!” And he looks down at the biggest, hairiest, greasiest biker – and he (Elvis) is wearing this powder blue suit, he’s this geeky guy with the glasses and the telecaster around his neck – and he looks at the smelliest, greasiest biker and says, “You pigshits leave my friends alone.” And that was it. That was the moment. If that guy, who looked like that, had the guts to take on that, I wanted to be with the guy on stage.

SR: He was still really skinny at the time, he had those Buddy Holly glasses…

AC: Yep. And the bikers laid off, let the kids dance, and for the rest of the night the bikers were on their best behavior. I met him years later and told him the story, he didn’t remember. But we had a really good conversation about it, and at the end I said, “If it wasn’t for that moment I wouldn’t be sitting here talking to you.”

AC: Well, they did have a point.

SR: I started listening around ‘95, when The Smashing Pumpkins and Weezer were big. What era are they referring to as “The CFNY years”?

AC: They’re probably thinking about ‘78 through to about ‘90.

AC: ‘86. And it was not entirely free-form, but much more free-form than it became after it was purchased by a big company. Back then it was pretty weird, and it was a lot of fun.

SR: So it was ‘90s when they had the format change. Is that when it became more of a top 40 station?

AC: Yeah, it was a weird time. Staff was in open rebellion.

SR: Wasn’t there a DJ at the time who resigned by reciting her resume on the air?

AC: Dani Elwell. True story. She had a show called Alternative Bedtime Theatre, which played a kind of weird, ethereal bedtime music. And at the end of an episode, she resigned. She had it planned.

SR: Did you know she had it planned?

AC: Nobody knew. She came back the next day, cleaned out her locker and left. She works at Jazz FM now.

SR: How did you get the opportunity to do the Ongoing History of New Music?

AC: It wasn’t an opportunity. I was told. When the new owners came in, the threat was always that the station was going to become a country station. They eventually decided to keep with this (rock) music, but thought they needed to find some context for the new listeners they thought they would get. I [didn’t want to do it] but they said, “Do this, or you’re fired.” I had just been married, I just got my first house, what was I going to do? So I did it.

SR: It’s interesting that your signature show was forced upon you. Had you done storytelling before?

AC: A little bit. But the point was that I didn’t want to do it. But I realized that if I was going to do it, I’d better make lemonade out of these lemons. And it turned out to be the best thing ever because a lot of people don’t realize that radio personalities have best before dates. At some point you become too old, too uncool, too expensive, or whatever. And that’s when you’re shown the door. But I realized if I can turn myself into this music geek, that I could divorce myself from however old I might be. My shtick insulated me against being irrelevant. So I embraced that, and created a persona that detached me from how old I was. Even though I stopped going to clubs, and stopped being hip, that’s how it all worked out.

SR: Do you research heavily before a show?

AC: Oh yeah. I’m constantly researching. But I guess when I write it down and record it, it gives me license to forget it. I will honestly listen to an old show and think, “Did I write that?”

SR: Corus currently has the rights to those episodes. Are you in talks with them about their release?

AC: I would like to license them back somehow.

SR: What would you do with them? Could you make a giant box set?

AC: No. You see the problem is the copyright issue with the music. If I could somehow make them available in some other way. I don’t know how, but I’m sure there’s something that can be done.

SR: Do you still follow new music as much as you used to?

SR: Where do you look for new music?

AC: Oh that’s tough. See people send me stuff. I get 100 – 120 links a day from labels, publicists, bands. And then there’s Sirius XM, XFU, which is a really good channel. It all seems to come to me. It sounds arrogant, but it’s because of what I do. People send me stuff.

SR: Do you think music is just as exciting now as it was when you were younger?

AC: It’s never going to be as exciting as when you’re young. There’s a period between 13 – 23, this ten-year period where you come of age musically. You’ve got the time, you’ve got the energy, you’ve got some money, and you want to make it a part of your personality. The music you listen to is the way you project your individuality to everyone else. But after a while you get a job, you get a family, you get a mortgage, and you don’t have as much time. And, you’re a whole person and you don’t necessarily need music in that same way. It’s still very important and very dear to you but you no longer project your image to the rest of the world through the music you’re listening to.

SR: I find now that I’m getting older, finding music has started to become a bit of a chore…

AC: Yep, and you know what? That’s totally natural. And you will find that the older you get, when you need to feel good, you’ll go back to whatever you were listening to in your youth. You’ll go back to that initial ten year period.

SR: Very true. Lately all I want to listen to is Nirvana.

AC: That’s your comfort food. Your potatoes and gravy. And I find that interesting. The problem is, when you do this for a living, the analogy is that of a heroin addict. When you take your first shot of heroin, I am told, it’s an immediate, super-cool high. But, the more you do it, the more you have to take to get that same high. And then after a while it stops working. And it has to be some amazing new drug before you get that feeling again. You’ve seen all the cycles in music, you’ve heard all the sounds, you’ve been a part of the scenes, and every once in a while a song will end, and you’ll say “I remember what that feels like.”

SR: When was the last time you felt that?

AC: I feel that when a song ends and I immediately want to hear it again. That happened the first time I heard “Royals” by Lorde. When I first heard it I thought “Oh my God this is going to be a huge hit.” And it was. Another one was a song called “Hurricane” by MS MR. Those are the two I can think of right now.

SR: Well, thanks for talking Alan. It was a pleasure to meet you.