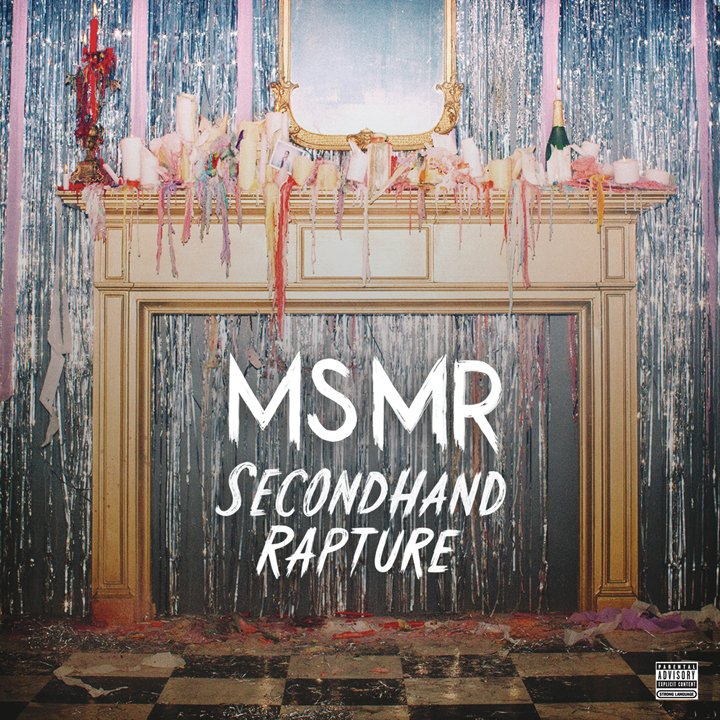 Garnering buzz through the release of their EP Candy Bar Creep Show, New York-based MS MR has kept the electricity flowing through their debut album that is a dream pop manifesto to love and darkness. Set for release on May 14, Secondhand Rapture is a 12-track exploration of MS Lizzy Plapinger’s hauntingly crisp vocals, akin to Florence Welch, and MR Max Hershenow’s synthesizing that stretches between mechanical and fantasy. A perfect fit, as it also turned out, for hit series Game of Thrones to use in their official third season trailer. Does it get more mystical than Daenerys Targaryen?

Entering the electro pop genre in 2012 as MS MR, the pair of Brooklyn natives has shared a relatively explosive rise into mainstream exposure. The album features “Bones,” “Hurricane,” “Dark Doo Wop,” and “Ash Tree Lane” — all songs that were included on Candy Bar Creep Show, and speak to the group’s cohesively melancholic sound. Unhurried in execution of looping chords and vocals, the songs are both calm and moving, similar to their music videos that heavily piece together pre-recorded clips and obscure stories.

Themes of yearning and unrequited romance run rampant throughout the record and create a steampunk quality with lyrics like “Dig up her bones but leave the soul alone” and “Life slips away and the ghosts come to play.” Plapinger’s voice works beautifully within this slightly gothic realm, climbing effortlessly amongst percussion, trumpets, and synthesized beats that are thoughtfully brash. While remaining similar in song structure and tone, Secondhand Rapture is still repeatedly listenable and distinctive enough to sustain independence as an album, as opposed to as a select few songs picked off iTunes.

Catch these two while you still can at smaller venues, not only for their music, but also for an esoteric experience.

Purchase the album on iTunes