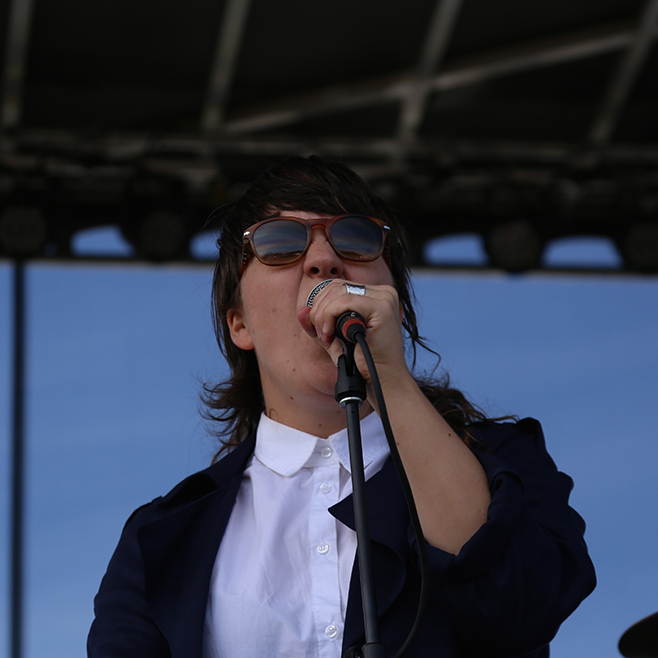 Montreal’s FOXTROTT is one of those bands that are perpetually up-and-coming. A solo project of Marie-Hélène Delorme, and despite it’s musical originality, is gently cruising under A Taller Us, set to release via One Little Indian on November 6th, while playing small shows around Canada and more recently in Europe.

FOXTROTT is not typical electronic music, Delorme layers synth pop over playful beats and throbbing bass. Layers upon layers of instruments and self-taught technique come as a package with a french horn when live, which adds a certain je ne sais quoi to the performance.

Delorme did a brief soundcheck just before her set and began right on time, despite the fact that there were only a handful of people in the audience. As these surprising beats began to spread through the park, crowds began to flood the Radicals Stage with obvious curiosity.

There was nothing else like this on the Riot Fest bill, which made FOXTROTT’s set a breath of fresh air agains the punk and rock shows. 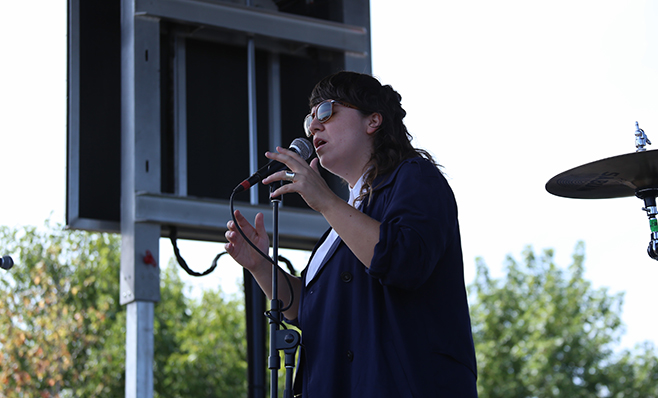