It’s been known since the dawn of man that if you get a whole bunch of people together and have them dance in the open air for all the gods to see, you’re going to get rain. Fact. So it was no surprise when at around 5 pm a massive storm front with 50+ mile per hour winds tore through Chicago’s Union Park, home of the fourth annual North Coast Music Festival. Organizers were forced to evacuate the park, sending thousands of drugged-up and strangely-attired youngsters on to the main streets of Chicago’s Near West Side.

(Deceptively, North Coast is neither on the north side nor on the coast. “Near West Landlocked Festival” doesn’t roll off the tongue as well though.)

People of age got a chance to overwhelm the local bars and get tanked on moderately priced booze, as opposed to the $7 plastic cups of Dos Equis inside the festival gates. The hoards of teenagers too young to get into the bars presumably found awnings to crouch under, away from the winds so fierce the raindrops could break skin. Best shower some of those hippies ever had.

Once the gates reopened thousands of shuffling feet turned the wet ground into goop, all the better to pad the tired feet of dancers during the Paper Diamonds’ headlining show. Lingering rain and wet dirt did nothing to stop the fans from going wild well past the 11 pm extended curfew. 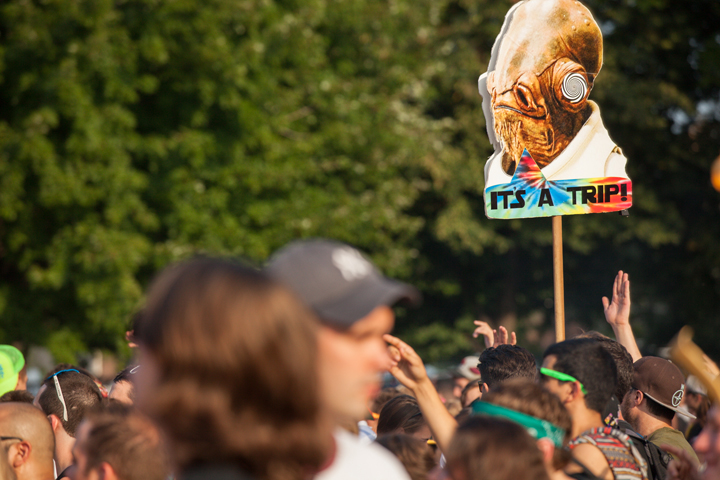 Up bright and early Saturday and standing in line for the gates to open was a teenager from Chesterton, Indiana. “Yo, they call me Pac Man ‘cause I always pack that bowl, you know what I’m saying? Also, I always carry a backpack. That’s also why they call me Pac Man.” Despite his youth and sparse wardrobe consisting of shoes, shorts, and a backpack (which security searched), Pac Man was adept at sneaking illicit drugs into the festival. With the help of his buddy Adam, who’s in college, and a cadre of four cheery orthodontics-wearing girls, he managed to sneak in two different types of weed, a pipe, some Molly, and booze – all of which he gladly shared with passers by, right in the open. At North Coast, Pac Man is the rule, not the exception. Boys so young they had yet to buy their first razor were breaking out pro-status drugs like cocaine and LSD as if they were showing off their new Pokémon cards. Keep it up, Junior. You’re on the fast track to becoming a part-time artist of some sort who lives in the building “True Crime TV” used to shoot Chicago crack-house sequences. Is that what you want?

Aside from the overpriced beer, food, and merchandise, North Coast did give the fans their monies worth. There were 5 stages with at least 3 acts playing at any time except during the headliners’ set. Although the festival had a clear dance and electronica theme, there were some wildcards thrown in who complimented the motif with a little diversity. Aloe Blacc for example – who didn’t spare any stage space for an iBook, turntables, or MPC sampler – made the masses come alive when he started a Soul Train-style dance line through the center of the crowd. 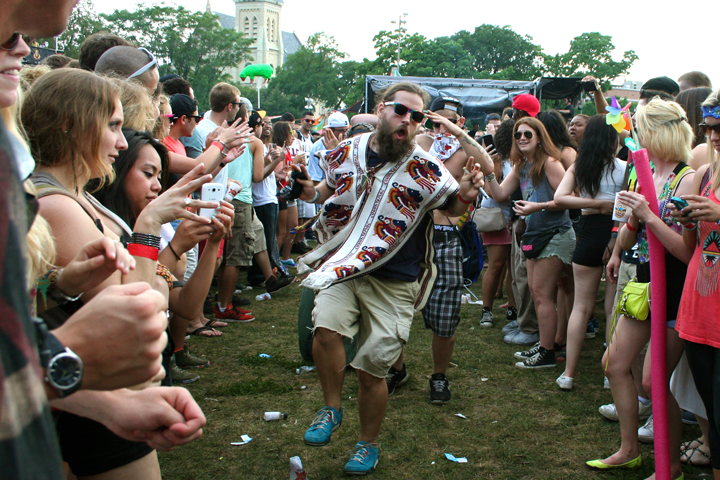 Digital or analog, hippie or clubber, swinging hips or twerking – North Coast is the festival for people who like to get weird and dance, like Burning Man Light. Bring beads and a stuffed animal at the end of a pole and see what happens. Keep reading part II to see how strange Sunday got.