Fence jumping at North Coast is as much an extreme sport as skateboarding or skydiving. The spot of choice is the western fence, which is 11 feet tall and tipped with spines. If you get over that you land on the tops of the port-o-potties, whose roofs are not load-bearing, and then you roll off and drop to the uneven dirt. Once down you have to get right back up and sprint into the crowd because security saw you and they’re out for blood. A group of four teenage guys makes it over in a rush and land like cats, bounding up and each running in a different direction at full speed. These are the pros, they have a plan and they got lucky, free reign of the festival is their prize. Right after them, a couple of girls give it a try. Dressed in neon booty shorts with dyed hair, security sees them crest the fence and is ready for an interception before they land. Busted. But woe to the poor hippie guy, the last of this wave of fence hoppers. His baggy patchwork shorts get caught on the spines and he tumbles off the slanted port-o-potty roof. Two security guards, eager to show off, tackle the hippie with enough force to knock his shoe off, pin him against the fence, then slam him to the ground yelling, “Stop struggling!” He’s dragged off to the two girls in booty shorts and they’ve all marched away.

Meanwhile, right next door at the tent stage the DJs have been playing in a solid block since the park opened. They trade off every hour so that there is never a moment’s rest until just before the headliner’s play. There are ebbs and flows of course. The low ceiling and close proximity of the audience to the DJ make the tent stage feel like a club or basement dance party, but the shining sun and nearby beer tent are distracting. Party people can’t rage all the time. It’s the lucky and the skilled DJs who get the most amped crowds. PHNM, in a show of such expertise, bides his time until there is a large group of people milling about, then he turns down the music just enough so people can hear him whisper, “Let me play this twerkin’ song.” The fans freak out in a blurry of motion to “Bubble Butt” and the wanderers in the field head over to see what’s going on.

Although intrinsically different, there are a lot of similarities between the two major tribes of the North Coast: the hippies and the ravers. They both like drugs, they both like to dance, and they’re both fans of outdoorsy festival-style shows with lights and free love. But the music is totally different. They’re like wildebeests and zebras on the African savanna; two different animals, but they’ll hang out together. This is what it looks like in practice: when Datsik comes on stage the fans of electric music swarm the pit while the long-hairs hoola-hoop and Hackie-Sack their lives away in the field. Then when Rebelution starts shaking their reggae dreads the roles switch and a lot of the raver-types head to the tent stage. 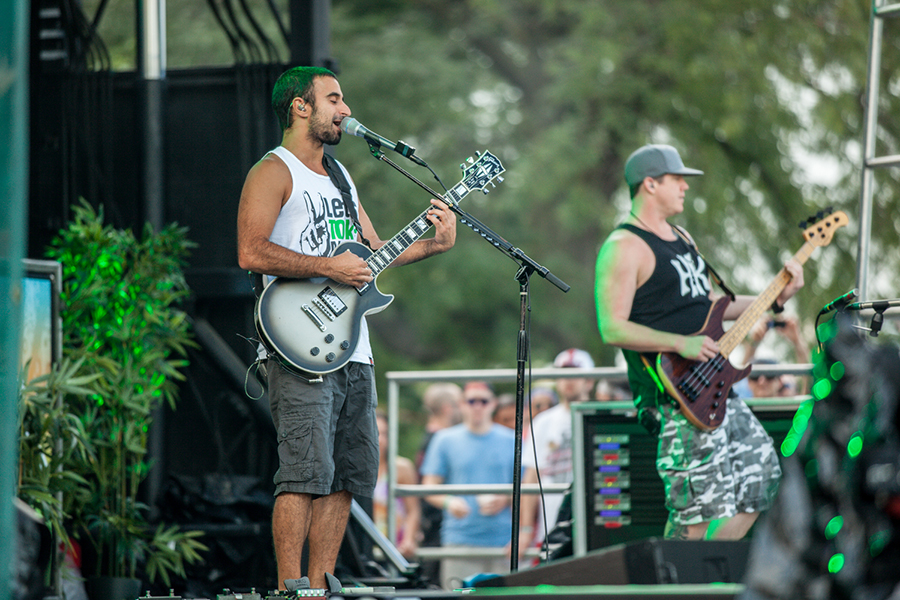 On Sunday there is a third tribe that grows as the sun starts to set. This is an older crowd –no bright beads on their wrists, no silly dinosaur masks on their heads. They wear baseball caps and t-shirts with a yellow bird insignia. This is Wu-Tang Clan’s clan. Poor Gary Clark Jr., scheduled to come on just before the Wu. The audience nods their heads to his bluesy rhythm, but it’s clear in the pit that everybody is just passing time until the headliner.

And after all that anticipation, Wu Tang comes on in force with all the original members except RZA and Ol’ Dirty Bastard (sorry, no hologram). They play five or six songs until we hear, “Alert Alert. The National Weather Service has indicated that severe weather in on the way. Please exit the grounds calmly and seek shelter.” The Wu-Tang Clan tries to yell over the pre-recorded message, but their mics have been cut. And that’s that. You can never defeat the gods, impossible. There’s always next year, North Coast fans. 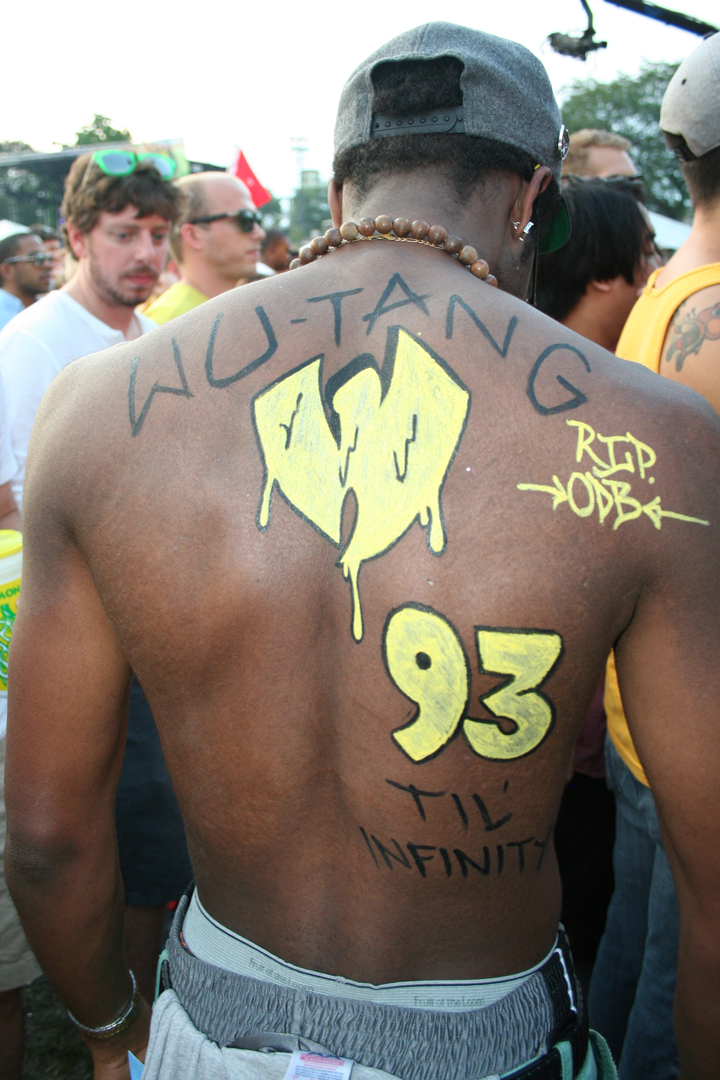