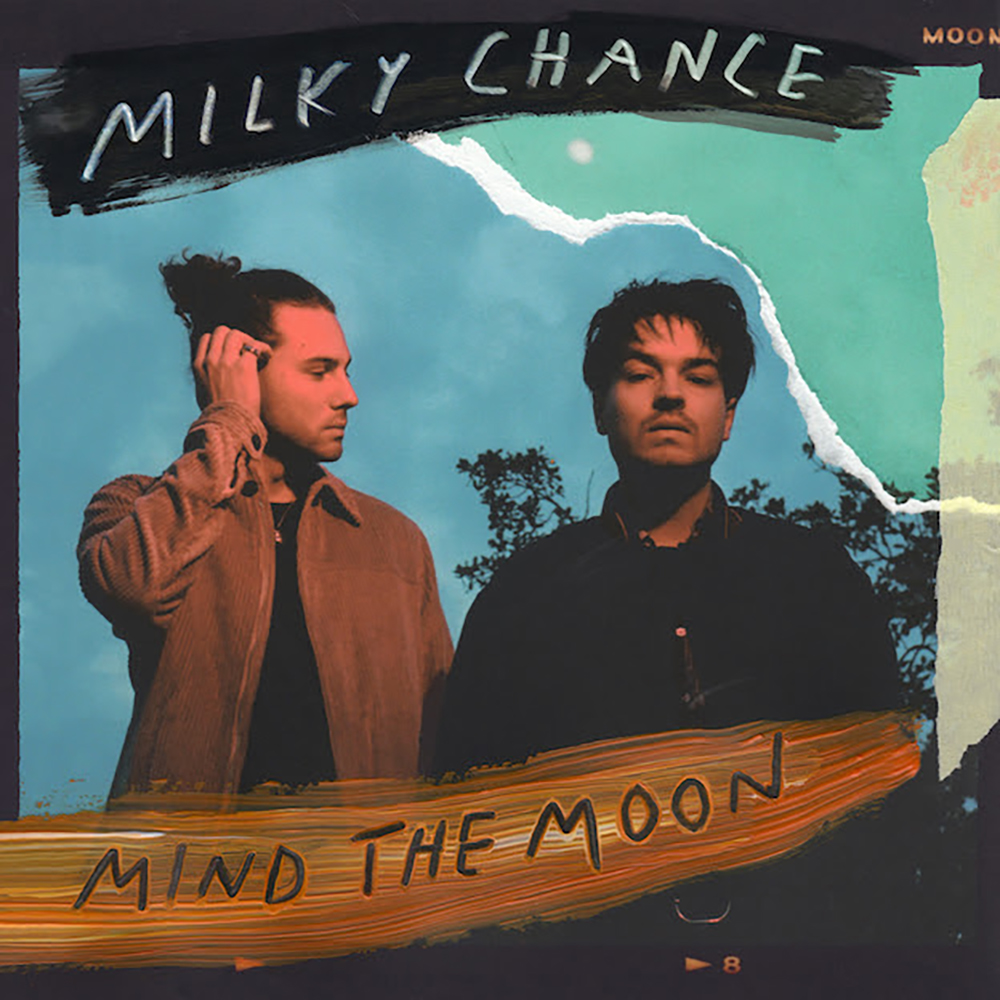 The lead singer of Milky Chance, Clemens Rehbein, has a voice reminiscent of Southern California punk: the nasal pitch of NOFX or Black Flag with a snarl like Rancid – or maybe even Smash Mouth. If none of those bands sounds familiar, that’s fine. Just, instead, imagine a show choir dropout with balled fists, pent up energy, and an enviable lung capacity, cursed with a deviated septum. Or blessed? It’s not a pretty voice, not bourgeoisie fancy; it’s working class, carries a tune well, and lifts up a chorus. It’s a voice that feels like the Southern California desert in the dichotomy of its abrasiveness coupled with its aesthetic magnetism.

Except the lead singer of Milky Chance isn’t from Southern California. Clemens is German. The whole band is German. And it is because of this Germanity that Milky Chance’s latest album Mind the Moon represents the best of what the post-punk, folksy, electronic-ish genre can be. As outsiders to the English language and the SoCal music scene, they seem to recognize what makes that music appealing, and then they add their own cultural embellishments and musical preferences to make an original album that surpasses the listenability of its stylistic ancestors. Where the Dead Kennedys and The Offspring captured the anger and aggression of youth suffering under the cultural oppression of Reaganism and George Bush the First in the late ’80s and ’90s in an exciting but grating confluence of distortion and amphetamines, Milky Chance offers a more subdued image of the global zeitgeist affecting modern audiences. Mind the Moon is laid back and mixes the analog guitar with electronic drums and digital voice effects in a way that invites listeners to lean in, and maybe move their heads up and down a little, maybe kick their feet a bit too.

The album feels like it comes from a stage recording, which is probably why it can be chill and still danceable. But the downside of the live-in-your-home-stereo vibe is that the album tends to drag towards the middle, and becomes tiring towards the end. The repetition of sounds and the literal repeating lyrics forces the listener to choose between entering a trance or pressing the “skip” button. It’s not a tight, highly composed album, but a loose mix of songs that went over well at concerts – though the needs of those two audiences differ in that the live group has an ambiance built-in, but at home that feeling has to be created, and Mind the Moon starts off strong but doesn’t finish with the same effort.

It’s a good album to pull songs from for mixes. Combined with Milky Chance’s other work it might have been a great album, but Mind the Moon is still worth listening to, and at least a few of the songs will stick in the ear, while the others are ignored – just like grains of sand in the SoCal desert.