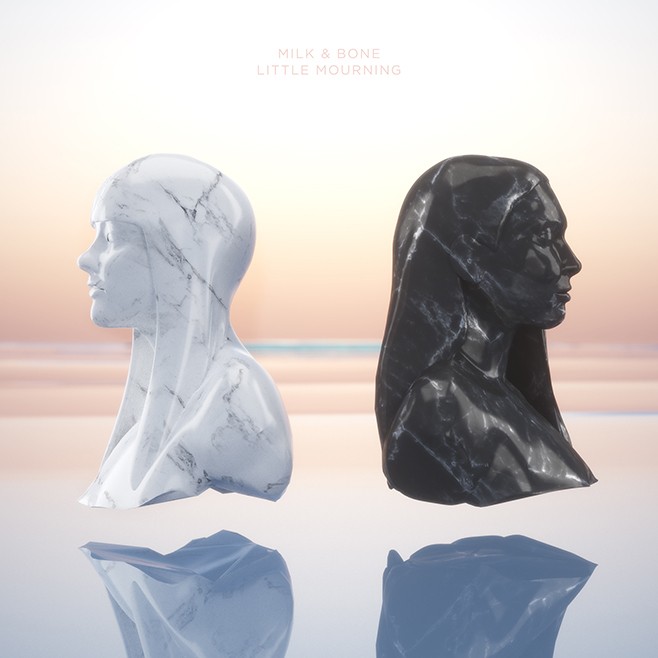 Milk & Bone are a female duo breaking into the world of trance music with something that is not exactly typical trance. A more classical play on the band Purity Ring, Milk & Bone’s debut album Little Mourning features the beats and harmonies of other trance with classical influences from an acoustic piano. This album also features vocals ranging from the electronic edits of Chvrches to the almost-pop sound of Ellie Goulding. While still psychedelic in sound, this album seems to be set somewhere rural, like driving past extensive farmland in a car full of multicolor lights.

The single “Pressure” is easily one of the best tracks on the album, although “New York” gained attention when the music video became one of Vimeo’s staff picks. “Pressure” is mellow in rhythm and pacing but longitudinally diverse with many sounds and instruments layered to create the actual aesthetic of the track. Most of the album juxtaposes the heavy use of multiple elements with the façade of a singular strand of sound throughout. The only possible exception could be the presence of Terrell Morris, the Toronto hip-hop artist, on the song “Tomodachi.”

Both band members Camille Poliquin and Laurence Lafond-Beaulne blend into the single indentity of Milk & Bone vocally. On every track both voices blend together to create an echo in a way that could not be created if the voices were not so similar. The cohesion of the album in whole plus the ability for each song to stand alone clearly illustrates the ability of the group to make good music, unique in sound. This album is not experimental but it is original as the thoughts of two minds in one.

With no previous music to compare to, Little Mourning displays the work of Milk & Bone with an air of confidence, success, and repose.

The album release is on the 17th of March in Montreal.