I met the members of Night Riots in the basement of Reggie’s Rock and Roll Club, a punk venue on Chicago’s south side, just to the right of Chinatown. Wearing all black, the five night rioters, Travis, Matt, Rico, Mikel and Nick, take on the appearance of vampires. They’re so good-looking and deliriously charming one can’t help but be enthralled. During the interview Travis, the lead singer, did most of the talking, but everybody said something at one point or another.

So cool was their presence, both in the green room and, later, onstage, I felt no shame or journalistic apprehension starting the interview with the hard-hitting questions.

Scott Wilson: So what board games do you guys play on the road?

Night Riots: As a band our favorite is Settlers of Catan. We got that with us right now. That and Magic, Shadow Hunters, Booty –that’s a pirate game. We should do a board game tour and have all our interviews be over board games.

SW: You’d have to get up early to fit everybody in.

NR: Yeah maybe not… I’ve heard from producers that large bands can be hard to record because every member has their own prerogative and direction for the composition, and they all fight for sound supremacy. This is not the case with Night Riots. They are the definition of tight. Without looking, band mates run around the tiny stage, jumping off amps and switching spots while still hitting every beat and transition on time. Each song is played with such a level of mastery that members can wink and smile at the crowd, even accept flowers from the tween girls in the standing front row, all without stepping on top of each other, as if choreographed, or controlled through a hive mind.

SW: Do you have any stories that exemplify what the name Night Riots is about?

NR: I think it’s just our lifestyle. We stay out extremely late and in the mornings we stay in as late as possible, until they kick us out of the hotel, and by the time we get to sound check it’s nighttime again.

SW: What do you do when the hotel clerk comes banging on your door at two in the afternoon when you should’ve been gone by eleven?

SW: How do you guys write? Do you write on tour?

NR: Sometimes. There’s a time and place for that, especially if you have somebody else driving you around. We’re always working on stuff.

SW: How do you know when a song is done?

NR: We change things up until somebody stops and says it’s done. That’s our style and we don’t fight it, but it can always be revised. What’s the phrase Rico? “Art’s never finished, only the band is.” 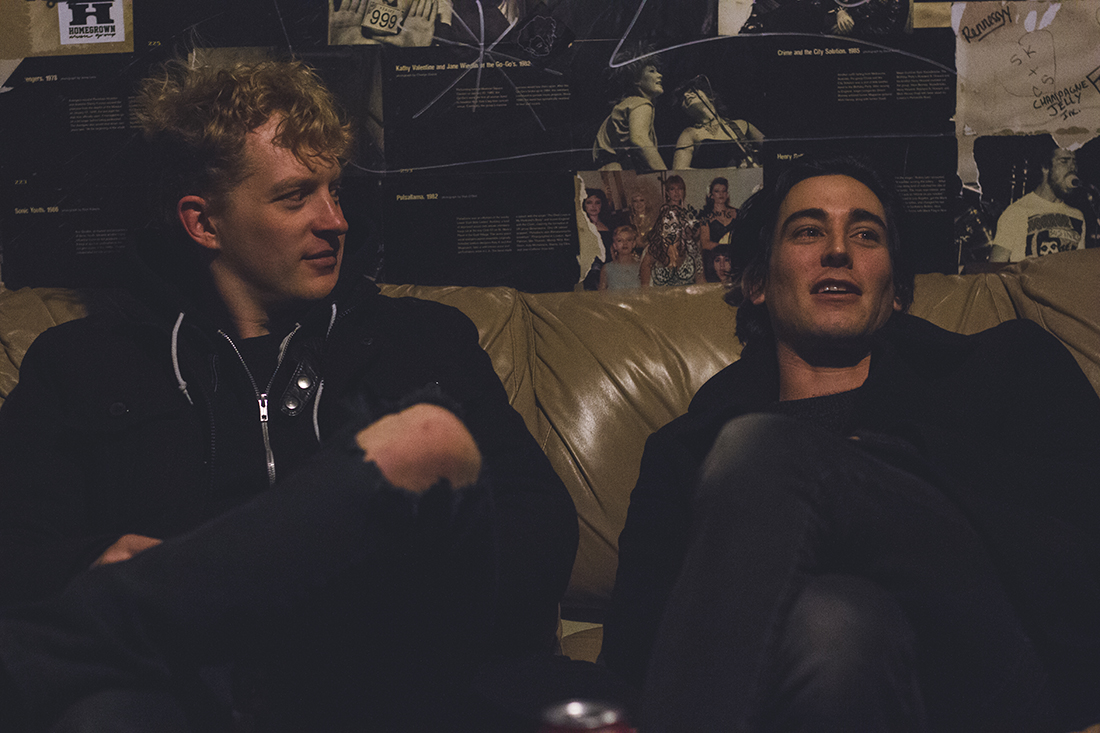 SW: What is your dream venue, like where do you prefer to play?

NR: Well there’re basically two different types, there’s the gritty punk places like this and then there’s the theater halls. They’re both cool. But I like them when they have a bathroom we can use. Sometimes we go to places where we don’t get any place of our own, so before and after the show when we’re all sweaty we have to lug our stuff through the crowd. This place is pretty set up though.

Reggie’s is a strange, old feeling venue. It looks like it used to be a laser tag arena, with multiple levels on either end of the main hall and lots of black light inspired art. Space is maximized to such and extent that the coat-check is a metal pole hanging above the bathroom by wires. Not that space was at a premium on this particular Thursday evening. The crowd ran about three layers deep, then fizzled out on the peripherals. Still, Night Riots came to Chicago to sweat, and they played hard from start to finish. As a group it’s clear that they love their jobs.

SW: What do you guys have coming up?

NR: A few more shows and we’re doing our first festival pretty soon. Guava Fest. There’re some pretty cool bands on the ticket, so we’re excited for that. Excited for some warm weather too.

SW: When you make an album, do you think of it as a complete concept or do you work on it piece by piece?

NR: There’s always a big picture happening, but I think when you put out a body of work it’s always a snapshot in time. That’s true with all art or music or relationships or anything. I think there’s always a structure though.

SW: By the way, how much time do we have?

NR: We have time; don’t worry about it.

After the show the guys were quick to get their stuff boxed up and put away, but as soon as they were done with that they were out with the crowd, mingling, joking around. No shrinking violets or Hollywood egos in Night Riots. After seeing them play for almost an hour my feeling that they were vampires did not abate, but was strengthened. However, they don’t feed off blood; they’re vampires of energy and emotion. They entice and excite the audience, then drink it in. After the show I found myself walking home like many newly minted occultist creatures before me, tired and hungry for more. 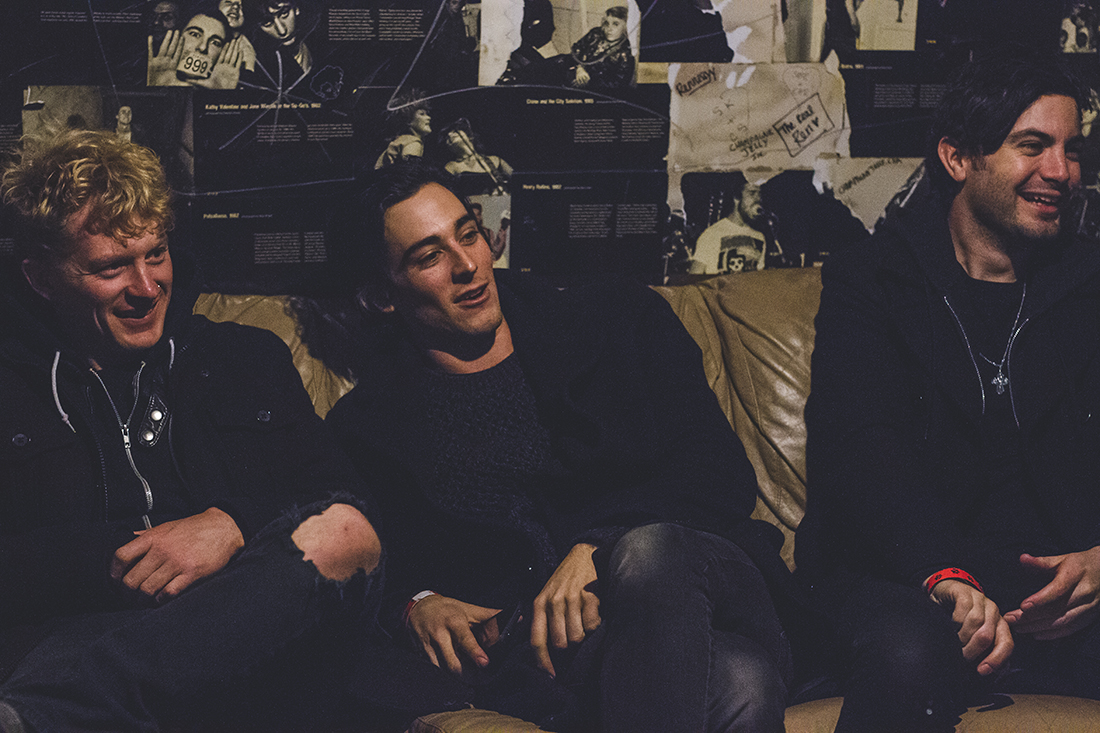