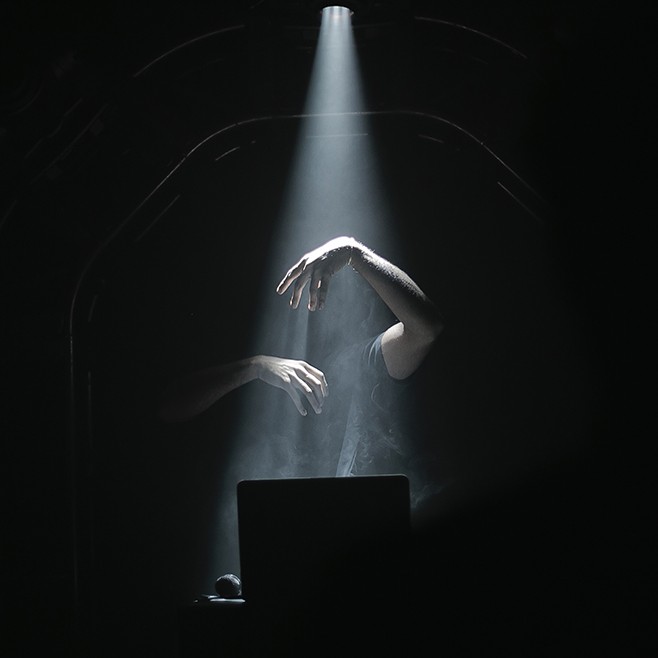 There are some shows you see that you’ll likely never forget.

Sometimes, you know exactly what to say when someone asks you to list the coolest shows you’ve seen in the past year – those select few shows that blew your mind in one way or another. And in my intense history of watching live music, I’ve never seen anything like this. This is one of those shows I’ll be talking about in December.

Ango and Homesick started off the night on a high note, quickly warming up the room and drawing a sweaty dance crowd, jumping around to their favorite rap tracks. 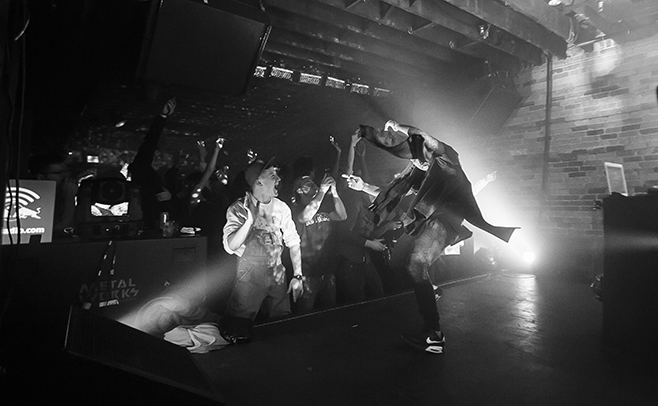 During a short break, helpers partially covered up the stage with fabric, limiting viewers’ focal points to a circle of spotlights and creating an altar-like feel around a laptop. As the lights dimmed to red, a covered, hunched-over figure walked out and slowly paced the stage with a bouquet of lit incense. As Lunice emerged from under his hood drenched in the spotlight of his altar, the hazy room felt robustly spiritual.

A b-boy by trade, Lunice brings to his set not only an inside perspective to dance music, but a solid set of moves. As such, the theatrics didn’t subside past the intro – between laying tracks and setting up beats, Pierre would dance at the front of the stage, using his loose hood like the funkiest dance accessory one could possibly bring to a show.

The set itself was a non-stop party, featuring tracks from originals to A$AP, Rihanna, and Anderson Paak. The crowd was valiantly on fire at the front half of the room, while the back kept on casually sipping on their G&Ts.

If this is any indicator of what’s to come from Lunice in the future, the recent release of EP 180 is just the beginning.