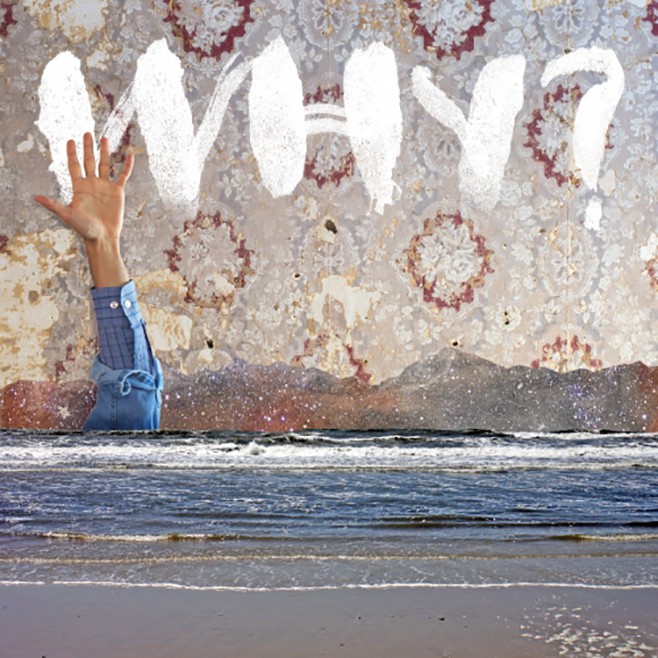 Allow me, please, a moment of myopia.

To describe what WHY? is, to a fan like me, requires a trip into the first-person narrative that goes against my journalistic instincts, but will function better than fumbling for verbs to fit my nonexistent objectivity.

I was going through the entry stages of a two-year-long breakup when I first discovered WHY?, a little less than a decade ago. It was a rare encounter of the perfect music landing into a situation that felt custom-made for it – sad songs for a sad time, but much more than that.

What struck me in the voice and writing of the lead singer, Yoni Wolf, was the way he captured the nature of true melancholia. It’s a complicated and sometimes contradictory feeling, and WHY? treats it with imagery that matches.

Take this line from 2004’s Alopecia: “These few presidents, frowning in my pocket, can persuade no god to let me let you off”. It’s a sad sentiment, right? It’s clear there’s heartbreak and a narrator without a lot of resources – but it’s also funny. The image of dollar bills being used to buy forgiveness from a god, to give to another person, so they can give it back – that’s absurd, ridiculous even, and by that token also makes a lasting image for the listener, capturing the difficulty of maintaining a grudge against a loved one.

Most of WHY?’s early work features strong, memorable imagery and creative wordplay, but what makes WHY? a band I continue to listen to, years after they played the soundtrack to my maudlin, is that every song and every album differs from the last in a profound way.

They play with beats, mixing lazy 808 kicks with complicated jazz guitar riffs; they play with voices and sound, adding effects, both cheesy and sincere; and their subject matter covers a wide range of topics, from suicide to photo-essay creation to waking up to reality as if from a long sleep.

I say all this to make it clear that I think WHY? is a great band, I thoroughly enjoy their music, and I think everyone else should too.

As much as I like WHY?, Moh Lhean is not, exactly, like, what I want to listen to. It has a few good songs, really. I’m not just saying that. The first one, “This Ole King”, wow. The way Yoni Wolf works the staccato word endings is powerful, gives every stanza a sense of immediacy and importance.

But the other songs, they’re good. There’s a lot of production value to them…perhaps too much. OK, I’m done beating around the bush:

Moh Lhean isn’t very interesting. The imagery, for one, relies on simile. As in, “You’re like ______ and it makes me feel like ______.” After listening to the album four or five times, start to finish, I can’t recall a single image or clear concept. The tone is flat too. Where the other albums cover all the complicated feelings that come along with various temporal and emotional situations of the human condition, the overriding feeling of Moh Lhean is mild sadness, but without the nuance of dark humor or ironic cheeriness that comes along with depression. The feeling is bummed out in a hopeless way.

This is an album that, though not bad for any single reason, doesn’t stick. Compared to WHY?’s other work, Moh Lhean feels flat, like as if a robot was told to mimic WHY? and this is what it came up with. Why, WHY??