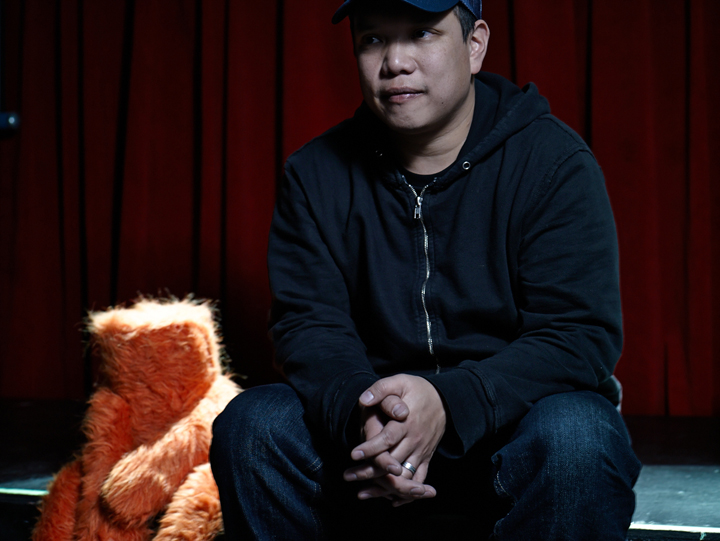 You know you’ve made it when you appear on BrainyQuote.com. Eric San (stage name “Kid Koala”) has come along way since DJing the parties of high school friends.

He’s toured with Radiohead and the Beastie Boys, wrote music for Scott Pilgrim vs. the World, worked with the Gorillaz and Deltron 3030 (“The hip-hop supergroup” in the words of David Letterman when they appeared on his show Oct 15). Almost single handedly, he’s lifted scratching into a new stratosphere, creating the genre “turntable blues” with his last solo album, 12 bit Blues last year. Especially with slower tracks like “5” on bit Blues, the Kid has proven that electricity has feelings.

Reviewing some of San’s quotes from BrainyQuote.com is a nice way of summing up his career up until now. So let’s do it: “Eventually we want to do a puppet musical with turntables in the orchestra pit.”

From a young age, San was not a fan of boundaries. He discovered turntables at 12, a welcome break from the classical music lessons he was undertaking since he was 4.

Instead of focusing all his energy on a degree in Early Childhood Education from McGill University, San spent most of his time playing with turntables or handing out copies of his demo Scratchcratchratchatch.

As an adult he continues to cross lines. In addition to being a world famous turntablist, he’s a graphic novelist, a businessman, and a father of two girls.

Kid Koala’s 5th solo album, 12 bit Blues is named after the main instrument San used to make the gritty, out of this world sound. The E-mu SP-1200 has a 12 bit resolution (thus scoring even more clever points for the album’s title) and was out of this world innovative way back in 1987. It shaped hip-hop music around that time, but nowadays it’s hopelessly out of date. “Your phone has more technology than 10,000 of these SP-1200s,” San said for Interview Magazine. “As far as music technology is concerned, it’s the most obsolete machine you could possibly use.” It is indeed obsolete, but using it is pure brilliance; the album is a jukebox sent from outer space. 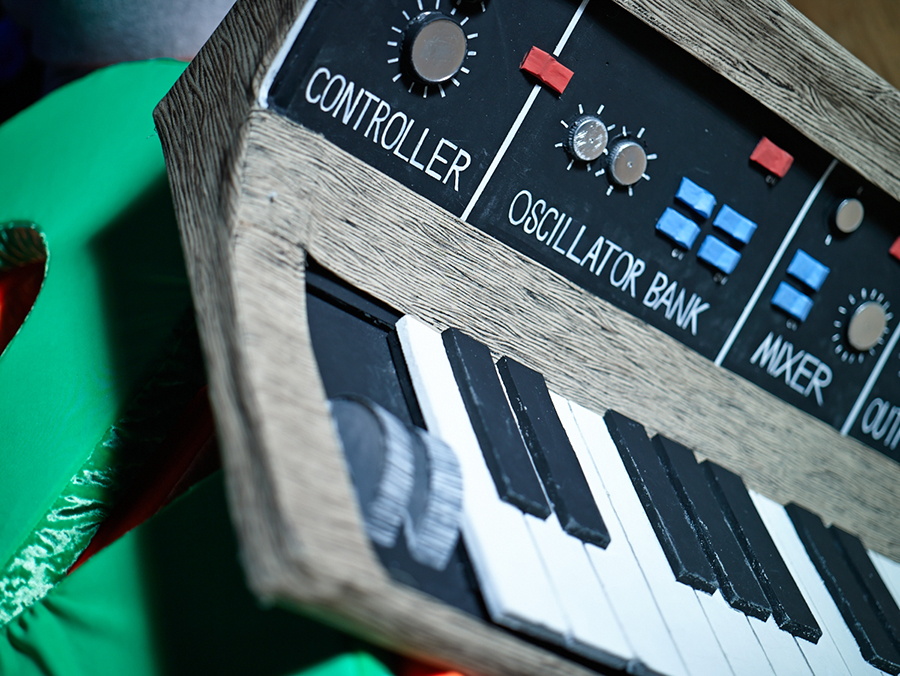 San began drawing soon as his hands could grasp a crayon. As his fine-motor skills developed, he’s published several graphic novels, including the science-fiction graphic novel Nufonia Must Fall, which is apparently one of Björk’s favorite graphic novels. It’s one of the few graphic novels out there to come with a CD by the author.

The description from his website is pure adorable: “This is a 340-page gray scale graphic novel about a robot who tries to write love songs but cannot sing. Accompanied by a soundtrack composed and performed on Wurlitzer and multiple turntables, this romantic story introduces the Nufonia robot and his love interest Malorie.”

San said the visuals and music always worked in tandem with him. He’s drawn to turntables and graphic novels in particular because they are two mediums that encourage the suspension of belief.

“In turntables you can take a human voice and bend it out of the range of what’s normal, and it’s acceptable, because people are like “Oh that’s a turntable that’s doing that, not a real person. I can listen to it and it’s not going to scare me.” And with comics it’s the same thing. You can draw a character with a propeller on their head and make them float away and there’s a suspension of disbelief. People say “Yeah, I buy that.” (full interview here).

San is spending the rest of the year on a North American tour. Naturally he won’t wrap that tour up in North America, but in London, on New Year’s Eve at the Village Underground. And in true San fashion, he’ll be working on a “mini-mini opera” in his down time. 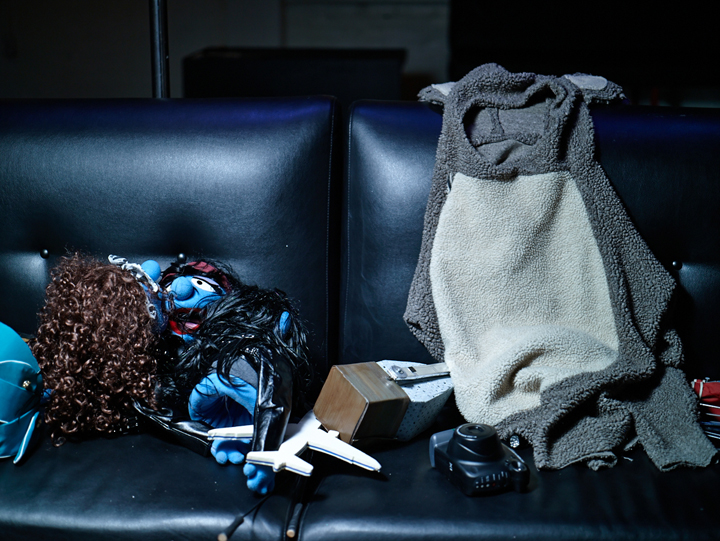 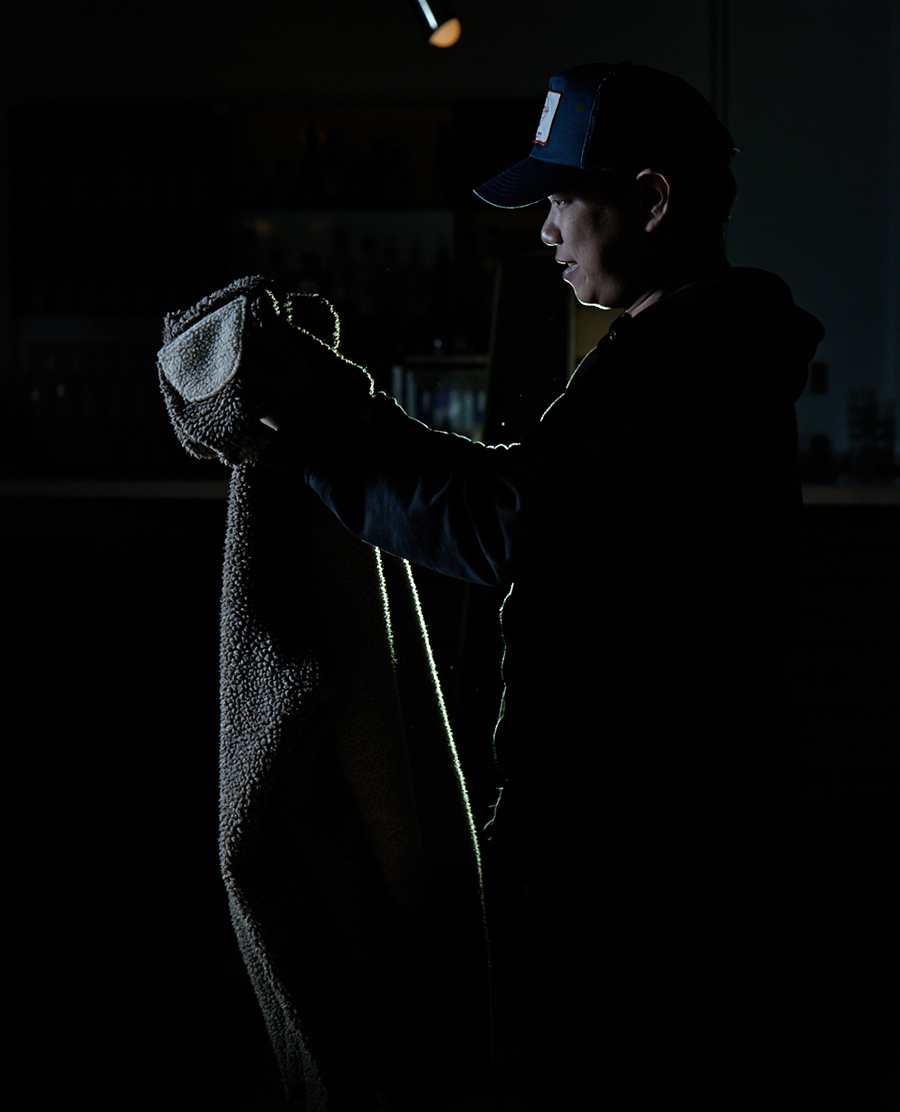