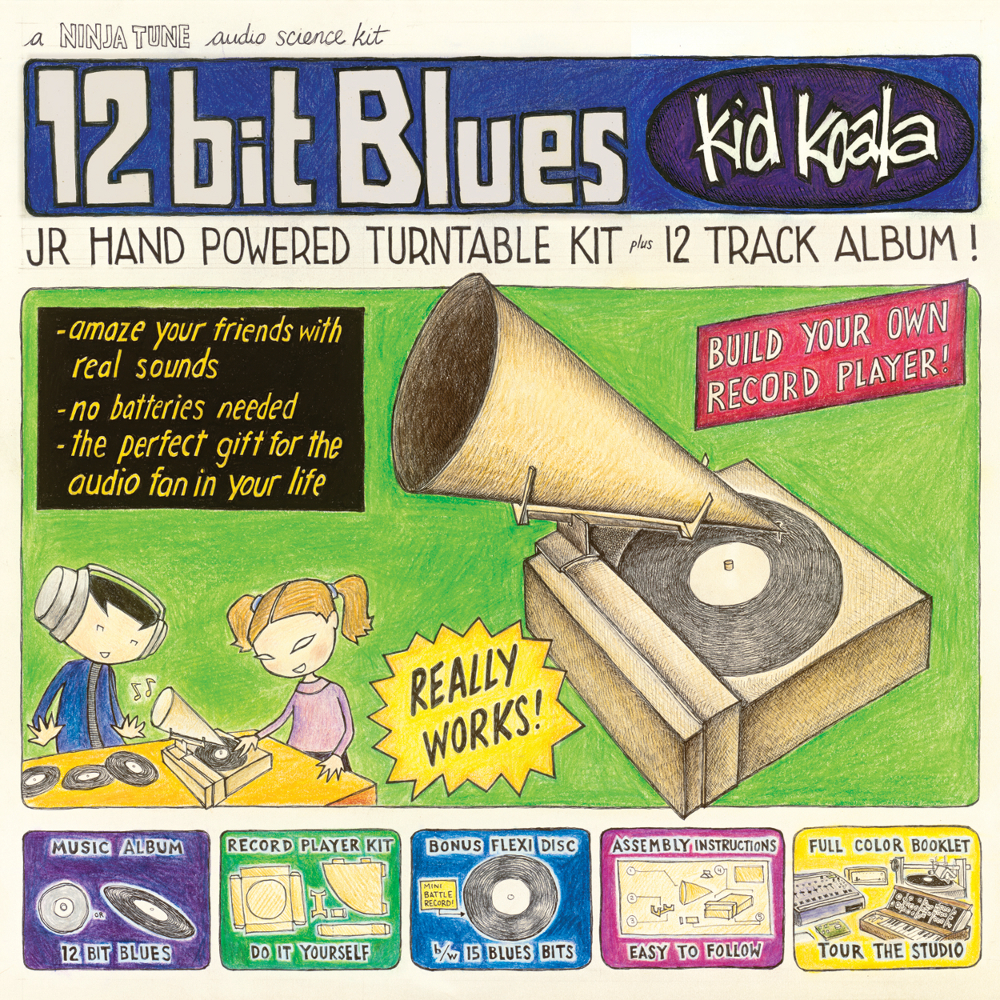 Is it derelictronica? Literal beat poetry for us down-and-out, disenfranchised bastards? A eulogy for the elegies of by-gone bluesmen and a better time?

The album is overwhelmingly intimate. For being so heavily chopped and spliced, there’s a frail, humanistic undercurrent running through the twelve somber, skittering tracks. It’s slightly morbid in parts; a kind of Frankensteinian symbiosis of our new technological anxieties, backlit with the ever-prescient fears of morality, depression and death.

And I guess that’s the intent. Kid Koala produced the entire record on an E-mu SP-1200 sampler, a bygone relic of the 1987 that was once considered the absolute zenith of beat production. It’s a duality of sorts; new world sensibilities about old world turmoil.

In a sense, it’s frail, old acoustic blues for the apathetic internet crowd. It’s all recorded acoustically, in a sense, with a relic of a sampler, and the space, uncertainty and age are all palpable in the scritching, writhing beats and crackly, low-fi hum. It’s like a warm, hairline-fractured skyline of yellow, blue and gold.

Each track draws from a personal memory or experience. “1 Bit Blues” is a reflection on a young DJ’s life, Eric’s first experience with SP-1200, and “2 Bit Blues” is his take on a party track written in the romantic 6/8 tempo. Track “5 Bit Blues” is inspired by the fierceness of Montreal seasons (both of them), and relies heavily on the dichotomy of absolute bone chilling cold versus incapacitating humidity and heat. If nothing else, this is a record heavily steeped in contrast and conflict.

Throughout the twelve songs, Koala spins sentiment around with interesting and intricate rhythms through humming, sputtering glitch. It’s gruff and glowering on the surface, a gaunt, bleak swamp swagger, but underneath the muck there’s a staggeringly beautiful and honest record.

You can’t go home again, but you can put your past to a good use.