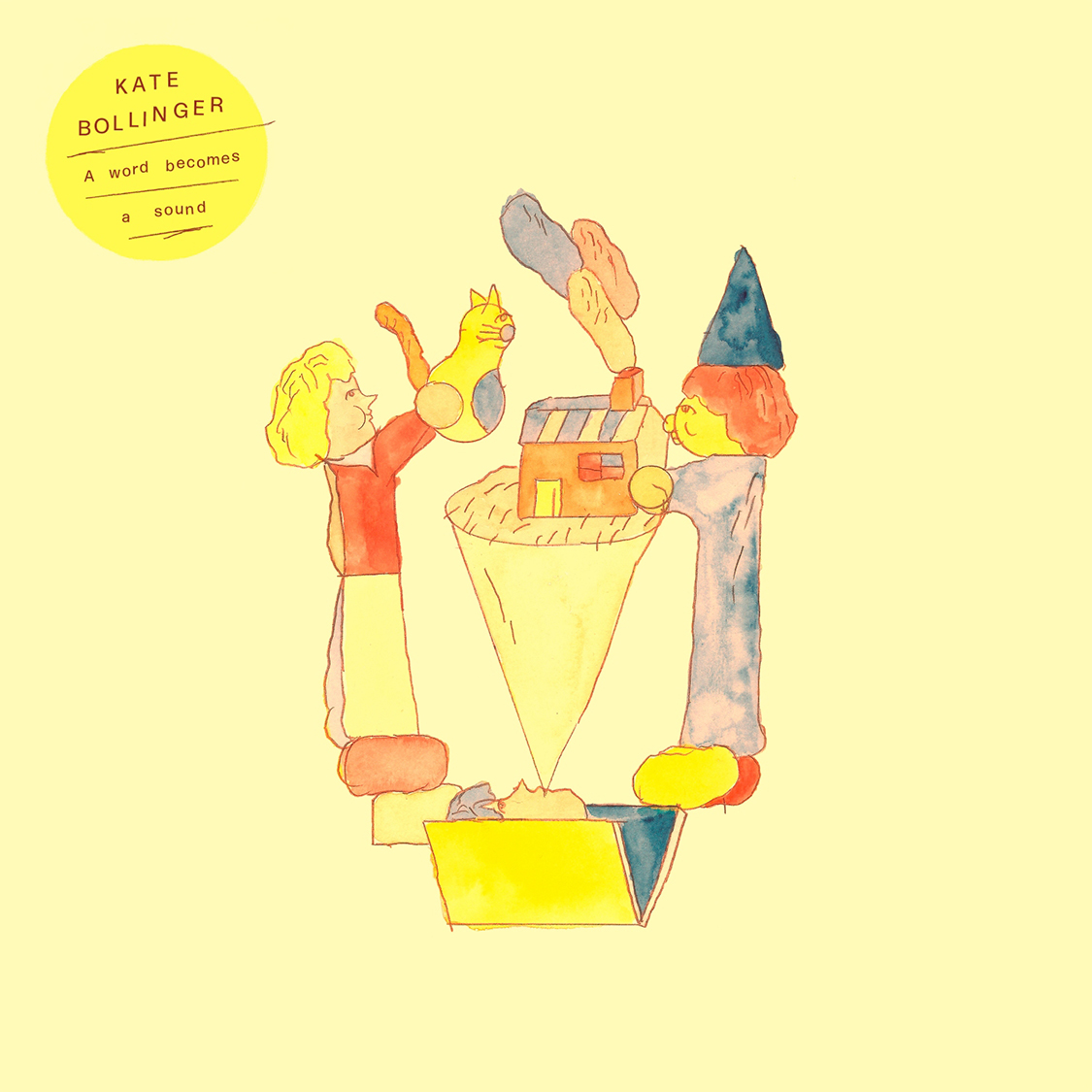 In the past two years, Charlottesville, VA-based artist, Kate Bollinger has released a string of singles and a debut EP I Don’t Wanna Lose. Her newest release, the five-track EP, A Word Becomes a Sound, features the same melodic indie music she’s known for, completed with a refined studio sound.

She pairs lo-fi sound, akin, to bedroom pop, with instrumental more the likes of jazz-pop AND shines with her melodies that are consistently fitted with a light and delicate swing.

Bollinger often speaks in generalities in her music, leaving us to easily fit our own experiences into her songs. She does this on the EP’s first song, a re-release of her 2018 single, “A Couple Things.” This stand-out track features a soft and jazzy guitar solo—a subtle but complementary break from the repetitive chorus. It is a song about the fear of failure— whether that’s a reference to a relationship, a goal, or something tangible, we are left to our own imagination.

“Grey Skies,” her lead single on the album, speaks of overwhelming indecisiveness and the transition into not caring or at least the facade of doing so. And as usual, her anxiety-filled lyrics are disguised by her entirely easy-breezy melodies. This song carries an additional sultriness, that adds a playful and teasing tone, unique to the rest of the EP.

Next comes “I Feel Like Doing Nothing.” While this track takes a similar format and tone as her others, Bollinger cleverly takes advantage of the tempo. As she repeats the last chorus, the track suddenly falls into syrupy sound as she drags out the melody, mimicking the sluggishness of the lyrics. You get the sense of falling asleep as the song very slowly fades out with dreamy and soft distortion over muffled sounds of voices.

Her last two tracks are the most romantic on the album. “A Word Becomes a Sound,” features a charming introduction with just her quiet voice and guitar plucking. Lastly, she wraps up the EP with, “Queen to Nobody,” a song about the desire to be the apple of someone’s eye.

While Bollinger’s music is often mellow, it is still full of life and smart lyricism. She no doubt settles comfortably in the genre of bedroom pop with her relatable songs, whether or not that was the initial intention. She excels in creating relaxing music that can easily fit the mold of your mood in any season. However, there’s something sunny and smooth about Word Becomes a Sound, that makes late summertime seem like the perfect occasion for its release.