Cue to searching for a mystical concert venue in the heart of Toronto. Following white paper signs on a brick wall through the courtyard, we find ourselves in a small reception area of an old church. Music Gallery is a non-profit artist-run organization. An old church by day turns into music showcase venue by night. This particularly cold April night was hosted by Dos Mundos Arts and Media as part of Hispanic Heritage Month.

With flickering lights everyone gets ushered into the chapel where we are seated and invited to listen to a mysterious Uladat. Warning: this show contains strobe lighting.

To say that this was different would be an understatement. Being both mentally and physically confused through Uladat’s presentation made our entire group feel like we were a part of a psychological thriller or an exorcism. “You are all going to be a part of a permanent memory.” Cut to intermission.

After a brief break, Helado Negro, aka Roberto Lange, came out on the chapel stage with a simple one-man set up and a microphone. The air thinned out, the room filled up—potential for a night full of nightmares began to wither away with soft and melodic beats.

Helado Negro, (which means “black ice cream” in Spanish,) put out a new album, The Invisible Life, in early March and since then he has been a bit of a curious fancy. His gentle, approachable nature created a very relaxing environment. Throughout the entire show, Lange was conversing with the audience and repeatedly inviting people to dance, which proved to be challenging considering we were all seated in a chapel.

All things said and sang, Helado Negro’s performance was a memorable one, not because it started with a reenactment of Poltergeist, but all because of Lange’s unmistakable musical talent. The evening ended on a high note with a standing ovation. 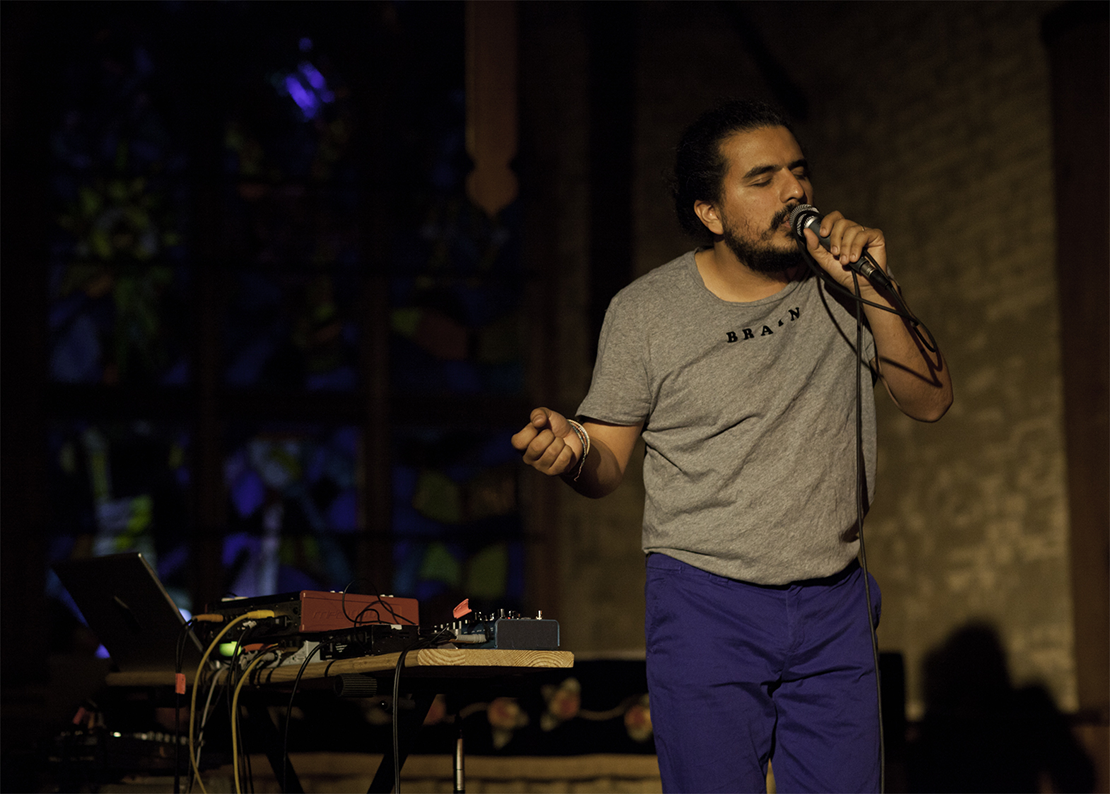