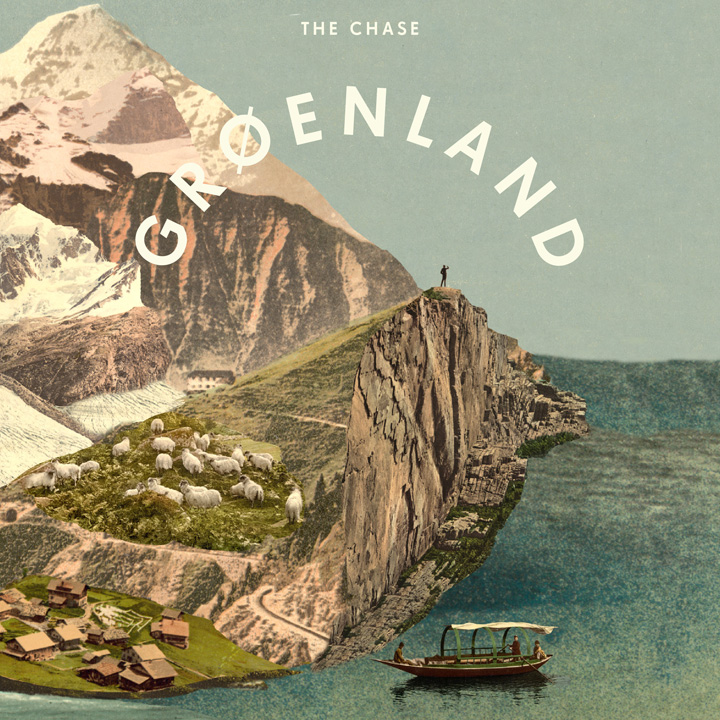 Groenland, not the piece of land misleadingly named by Erik the Red, but the band are releasing their debute LP, The Chase. In an orchestral ambitiousness that seems to be turning into a tradition for talented Montreal musicians the album is dropping on April 16th.

The accomplished flock consists of Sabrina Halde (she’s responsible for the soulful Seraphim-vocals and the fun ukulele, which you’ll get to hear on tracks like Daydreaming) and Jean-Vivre-Levesque on the keys and programming.

What you’ll probably pick out right away is the flawlessly rendered symphonic beauty that comes together from a mini orchestra comprised of Jonathan Charette (drums), Simon Gosselin (bass), Gabrielle Girard-Charest (cello) and Fanny C. Laurin (violin).

When Levesque throws some producer-esque twisting, turning knob effects into the classical golden noise of strings, it creates fascinating soundscapes (heard on the track “Criminals”).

“Immune” is a personal favorite, with a vocally-powerful hook that crashes into your heart, making you hang on, listen, move, while the track “Hearts like Gold” has an old-timey, Speak-Easy piano jam dancing beneath Halde’s incredible, crooning voice.

Theatrical lyrics like, “I lost my heart to a giant purple octopus,” wilting over a cello that lashes off into pattering percussions and lively strings calls to mind the experimental project Silver Mount Zion (The brainchild of Death From Above 1979’s guitarist, also a Montreal musician spreading tentacles out over canyons of sound), and this is all the stuff that engages the mind and makes the body DANCE: A fundamental aspect of good freakin’ music.

Not only can you catch Groenland playing at Canadian Music Week on March 23rd, they’re hitting up 3030 in Toronto earlier that same day for a free show and launching The Chase from Divan Orange in Montreal on April 17th.

If you’re a fan of creative talent culminating in a troop of crazy musicians traipsing about on stage with boatloads of instruments that take inspirational amounts of discipline to master, let alone write engaging tunes on, then you’re going to get one hell of a kick from Groenland.