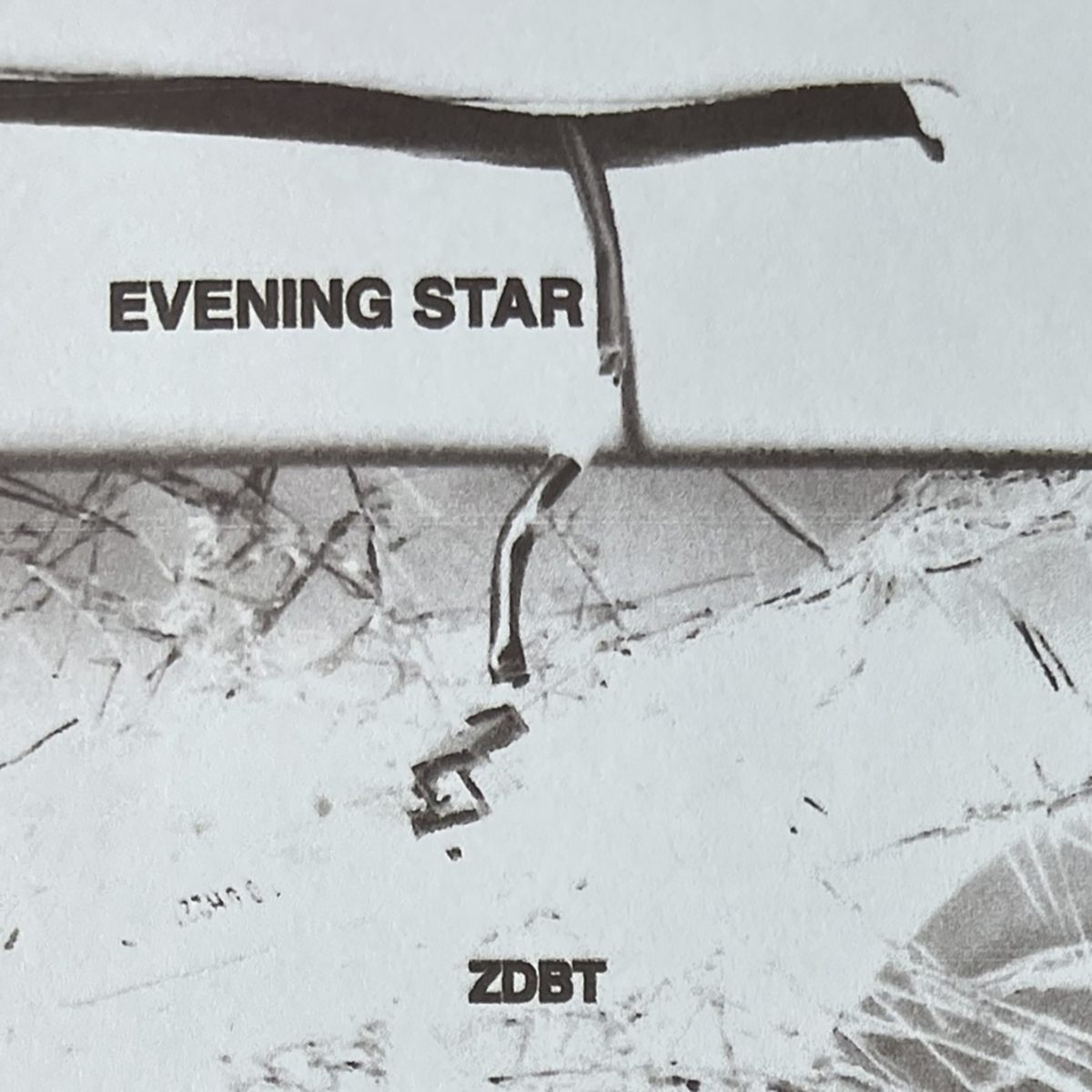 Known for an experimental spirit, blending electro with orchestral, adding elements of rap for spice, the mysterious personage known as ZDBT is back for their fourth full-length album, Evening Star.

Starting things off good and dreamy, “Intro” featuring the efforts of Renslink, starts out with standard electro squeak and whine, giving way to organ sounds augmented by deft exoplanet arrangements. “What You Told Me” performed with the assistance of  Dreamcastmoe, features a rolling snare beat, picking up with some piano augmented by a melodic male vocal, similar to Gioli & Assia, before playing tag-team with tight rapping.

The third track, “Pressings” with the contribution of Ora Cogan, features a sweeping digital orchestra, driven by a slow backbeat, overlaid by a searing female vocal. “Nowhere To Hide” which features TRS, has a double-time beat with vocals low in the mix, overlayed by exoplanet oddness, before being taken over by a funky bassline in the later part of the track.

On a different page, “Sleeping Earth” rolls snares into piano runs, augmented by exoplanet brilliance, softly spoken female vocals coming and going to the sounds of an organ. “Something I Can’t Change” with Dreamcastmoe coming back for more, is another exoplanet and drum-machine piece, with mutant buzz sounds added to keep the listener awake.

A slow and melodic piano and strings piece, “Interlude” is just that, allowing a bit of a break. The fact it is the seventh track is likely, not accidental. Joined by Supercoolwicked, “Oxford Green”  goes back to the theme, with a drum and synth beat great for dancing, led by a powerful female vocal.

“Running,” featuring Byron the Aquarius, is another Raver rager not out of place in 1998, with glow sticks and “brain drinks” galore. Supercoolwicked comes back for the appropriately titled “High.” Combining the best of the synth and vocal combination, the track is reminiscent of the Cocteau Twins, and one of the highlights of the album. “Phone Phreak” takes its title to heart, mixing in audio of phone recordings, in many languages, with an electro-symphony and drum-machine track.

On the mellower end, “Float” offers light but flittering piano sounds with a well-programmed drum machine, blending the organic with the artificial. “Life Is Worth Living” featuring John Glacier, carries on the mellow mood, with an electro-symphonic melody with slow raps over it.

Much like “Life Is Worth Living” its sister track “O.D.A.A.T.” featuring JayKin, displays electro-symphonic strains with drum-machine beats with faster rapping. “Bimbofication” is as to the point as its title,  Prado Monroe giving voice to some clear frustrations to  ZDBTs electro-organ stylings.

Holding the record for the longest title on the album, “Strange Peace Interlude x” again featuring Dreamcastmoe, opens with a creepy minor-key drone, leading to a surprisingly light organ-driven ballad.