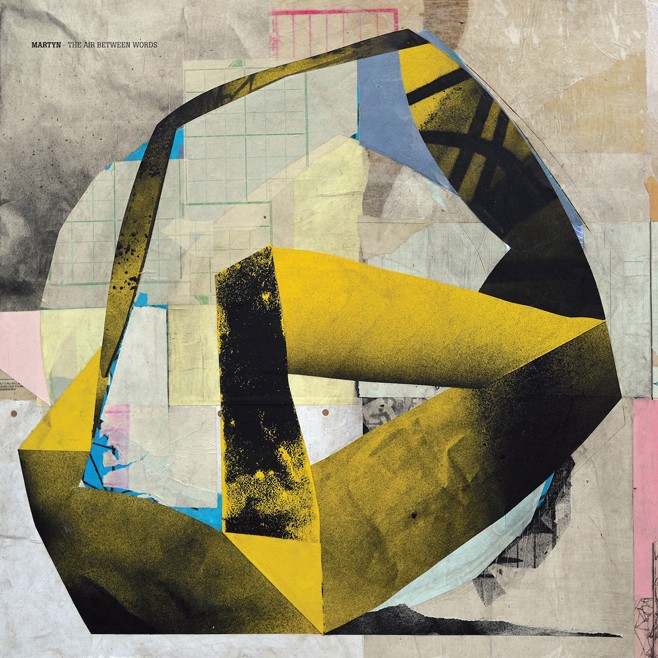 There’s a popular misconception that reviewers are always itching to write a scathingly negative piece about a film or record or book or play; that burning down someone or something is the most profound joy available to any critic. Not so. Each record is queued up with the hope that it’s amazing; pressing the play button is a silent prayer for transcendence. Sometimes hopes are dashed and sometimes there is joy and, in the best cases, surprise. The review is intended not to color the reader’s perception or to convince her to think one way or the other, but to provide some context so she can decide whether or not to experience it for herself.

Dutch producer Martyn’s third studio album The Air Between Words neither dashes hopes nor exceeds expectations. Electronic music is currently riding a wave of creativity and productivity that make genuine breakthroughs seem commonplace, and work which would have galvanized movements 10 years ago now feels like a natural progression. Which isn’t to say that Martyn has created some secret classic destined to be undervalued but simply that good, solid work isn’t cause for celebration.

On the collection’s best tracks, Martyn approaches Kraftwerkian levels of clarity and wit: “Lullaby” is a gentle rollick of synth lines that twist and play together perfectly, and “Forgiveness Step 1” and “Forgiveness Step 2” are like duets between the ghosts of drum and bass and Trans-Europe Express. “Fashion Skater” recalls the Depeche Mode and Wax Trax remixes of the early/mid ‘80s, which is high praise. Before Ministry became a silly caricature of noise excess, they—well, really he, Al Jourgensen—was an electronic music entity with an ear for melody and an absurd gift for crafting hooks. Some of what Martyn does here recalls the lower tech of those daisy-chained synths and that’s a beautiful thing.

Meanwhile, some of the tracks feel recycled, or worse. “Like That” is a fairly generic piece of dance floor fluff, sampling and looping porny dialog snippets in a way you’ve heard done a thousand times. It’s well produced and you wouldn’t walk off the floor if it came on, but out of the context of the record you’d be hard-pressed to identify whose work it was. Likewise, “Empty Mind” doesn’t distinguish itself from a score of similar tracks, particularly once it starts sampling pseudophilosophy in the form of spoken-word sampling. It’s just kind of tired. The record’s two collaborations—“Love of Pleasure” with copeland and “Glassbeadgames” with Four Tet—don’t add up to more than the sum of their parts.

Martyn is one of a select few DJs/electronic music artists who have elevated themselves into brand-name status, and The Air Between Words is a fine addition to his discography with some fine tracks. Sometimes fine is enough.