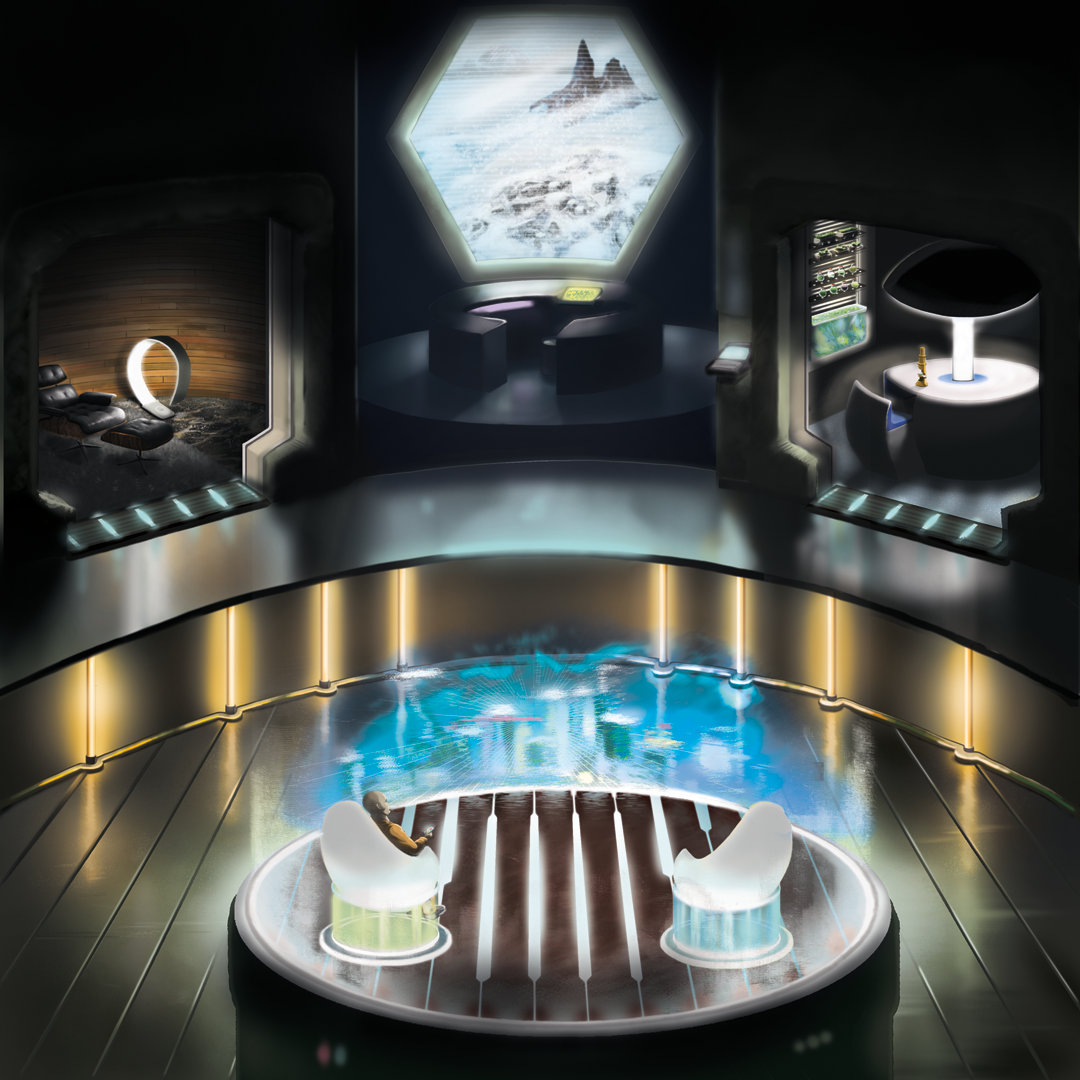 Infinity Shred have described themselves as the point “where skateboarding meets Carl Sagan.”  The Manhattan trio’s first full-length debut brings a lot of Sagan into Sanctuary, but very little skateboarding, unless by skateboarding they mean skating down some deserted Kansas road at midnight. It’s thrilling in concept. But after 10 minutes….not so much.

Brought together through a love of skateboarding in their high school days, New Yorkers Damon Hardjowirogo and George Stroud were originally Starscream until their current guitarist, Nathan Ritholz, joined them in 2011. Ritholz has experience with hip-hop music and has a formal music education. His influence definitely shows up in the few choruses with a definite structure.

Their first single, “Void Ripper,” is like grinding down a vert ramp—thrilling, providing quite the view. The thoughtful use of synths and genre transcendence is a real treat. It is also perhaps the only track will get your head nodding. The rest of the album blends together it a faintly pleasant and ambiguous memory.

The music video is a unique sight. At first it’s borderline risible: just a couple hipsters fighting at a bar. But things soon get serious. Deadly serious, and the music takes on a whole new quality. The title “Void Ripper” suggests some kind of violence, but who would’ve known the generally upbeat song could translate into that much violence. Still, “Void Ripper” is the best song on the album. It’s beautiful and expansive. Unlike any other track, it keeps us guessing.

“Mapper” and “Sanctuary” are both songs of maturity: smooth songs perfect for studying or heading for a low-key ride. If you go star-gazing any time soon, Sanctuary can provide good company.

Sanctuary may be more grabbing live. For a band so dependent on electricity, Infinitely Shred is a live act to remember. You can see a live performance of “Wayfinder,” a single from their previous EP, here. Reviews of their shows have received generally positive reviews, which makes sense considering how interactive they are with their fans. They take great care over every social media platform they possess: Twitter, Facebook, and Tumblr (where you can stream Sanctuary). But as a recorded form, the music fades into the background.

For all its celestial concerns, the album lacks gravity, and it takes quite a bit of effort to stay focused on it – and great music allows the mind to drift away with it, but never away from it.