The best way to remember Summer is with a longing for a music festival.

Music festivals are gluttonous and famishing at the same time, you get plenty of bands and tunes to feast on, your hungry soul scooping them up with glee—“Is that a supergroup composed of members of Captured Tracks’ best musicians? What? Why would they do this to me, it’s too much for my stomach to handle, such rich delicacies” — and then your bitter and tired body trying  to persuade you that the things inherent to all music festivals are specific to this one and make it a bad one. You can’t bring in your own water because they want you to be so thirsty that you will pay three dollars for a water bottle, and all you can hope for is that somehow that extortion makes its back to the musicians. That’s normal though. The summer is beautiful, except when you’re standing in the sun and New York City decides to be muggy and unforgiving, and the waves of Brooklyn hipsters are either a) too cool to sit down between sets or b) too cool to move forward up to the stage.

Heavenly Beat opened the first day. This is a band that should be further down the set list, but the lead singer, and band genius John Peña, seems to be the type of person who doesn’t care about when his band plays. The heat got the better of the band. While Heavenly Beat is known for their alluring dance rock, more R&B than electronica, the crowd—previously mentioned at a cautious distance—didn’t pay them enough attention. Peña began by tucking in his inside out black t-shirt and then proceeded to enjoy his music… until the sound went off. They skipped through their set, being cut short one more time—where a crowd heckler told him to “dance for us” to which he responded “You sound just like my mom.” 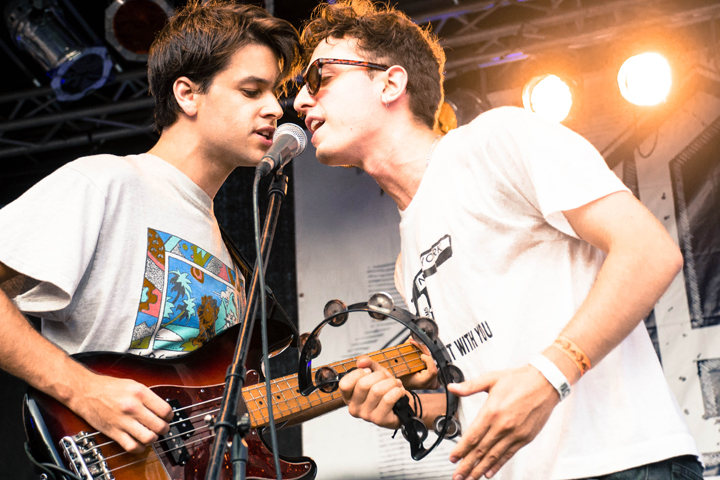 That night, with the sun finally set and the temperature at a manageable place, DIIV took the stage and proceeded to rock out to their brand of heavy boisterous garage rock. The festival was a celebration for Captured Tracks, an independent label started in Brooklyn five years ago, now heavy with a roster of bands making it onto the scene. DIIV are a good example of that. Lo-fi enough to catch the attention of the hip youth, but talented enough to break it open. Their music was a welcome jar to the previously static crowd, sitting comfortably in the surroundings of The Well.

The Well feels like a converted warehouse, all open spaces. The interior is cool and dark and it opens up to a large backyard with cement floors. The stage sits comfortably outdoors. Aside from the summer concert series in parks in New York City an outdoor stage is what is lacking in the city – Austin has Stubbs’ BBQ and, hopefully, now Brooklyn has The Well.

The celebration withstood the summer NYC weather, and now, two weeks later, sits nostalgically as a collaboration of brilliant musicians and warmer climates. Captured Tracks is definitively local, recently opening a record store to promote their bands, but also to celebrate the vinyl record. 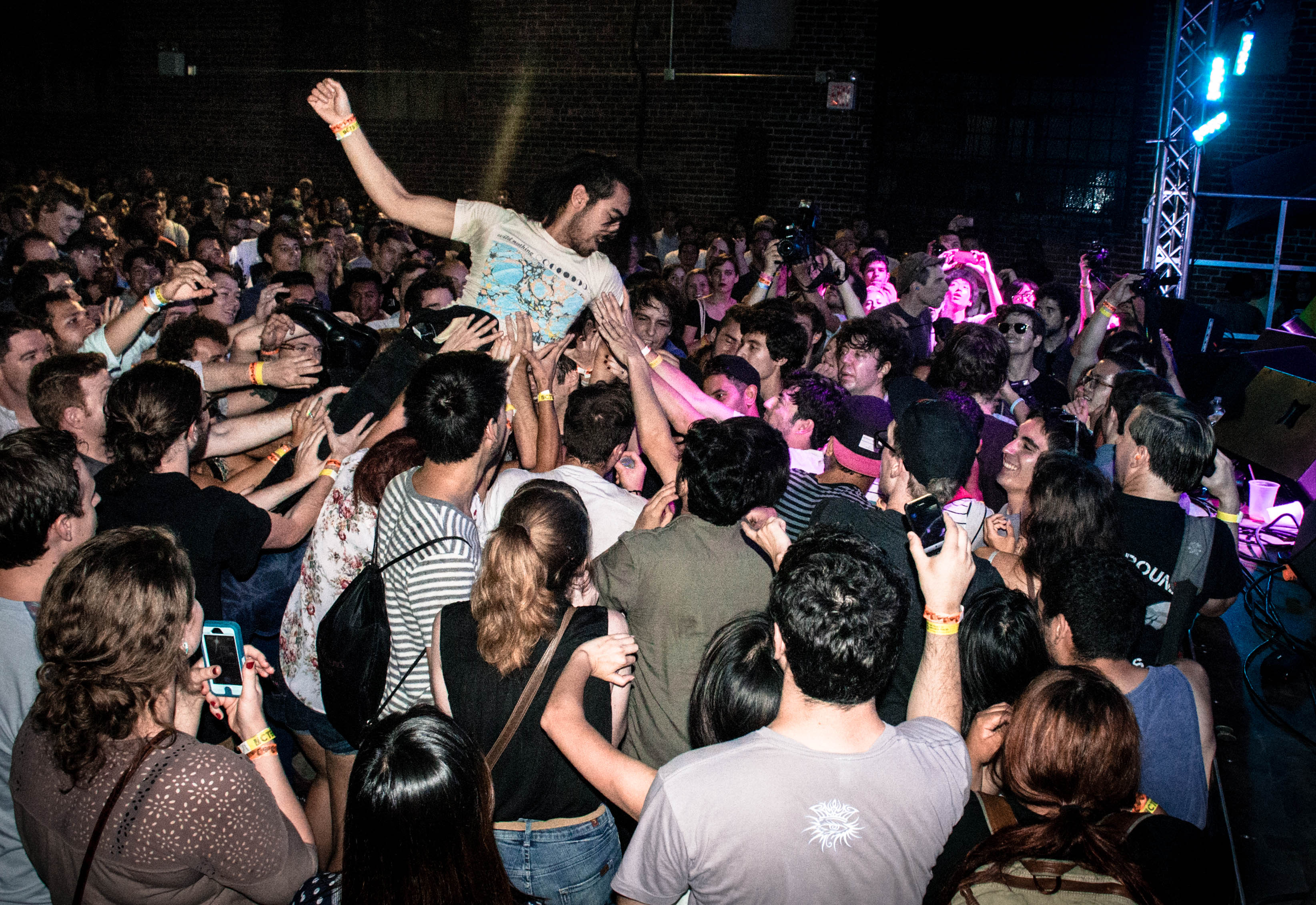