Lincoln Hall sits squarely in the center of a bustling college campus and feels like a refuge from those who frat hard in Lincoln Park. It’s a dimly-lit, reasonably intimate venue where the best seat in the house is at the foot of the stage. Monday night, just after 8 p.m., Brooklyn trio Young Magic unassumingly took the stage and went on to illuminate the space with moody, powerful vocals, vibrant, bounding percussion and a screen flush with elaborate, engaging images, including a particularly riveting sequence featuring whirling dervishes.

Lead vocalist Melati Malay possessed an enviable sophistication, with a look akin to a grown up Lydia from Beetlejuice, in the hippest way possible. Similar to the myriad textiles seen draped over set pieces, the multi-layering of samples from global influences and recordings, combined with a soaring, yet calm and controlled vocal style made for a hip, gorgeously curated concert experience. Their particular brand of simply styled, creative sophistication set the perfect stage for Yeasayer’s expedition into the wild and weird. 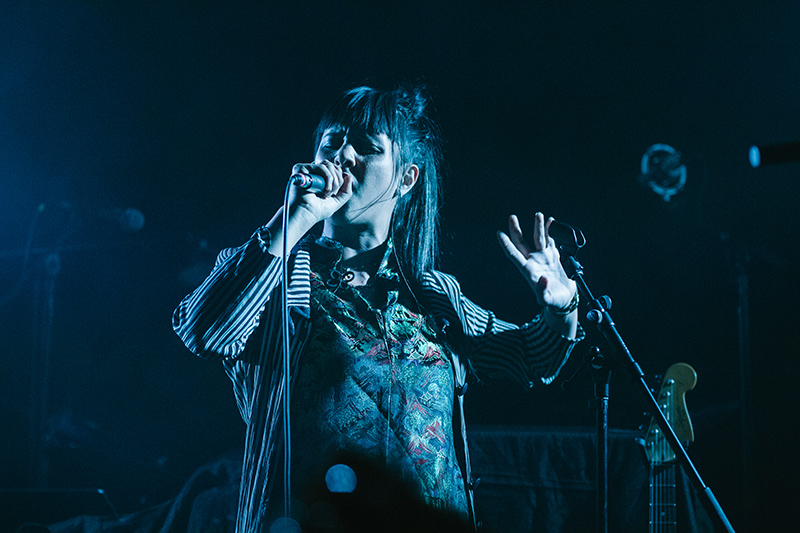 The tone for Yeasayer’s entrance was set by their stage decoration, an elaboration on the album art from their latest release, Amen & Goodbye. Images of various sizes, ranging from about three, six or seven feet tall stood scattered across the stage, perhaps most notably, a baby with a pineapple atop its darling little head, with a semi-hollow hole in the middle. Each of the images, including that of a 6-armed-woman with a speaker where her face should be and a mustachioed man with a menacing stare, all looked slightly vandalized, the purpose of which would become clear as the show progressed.

The Brooklyn art/psychadelic rockers, walked on to perform and looked as if they stepped out of a time machine from a 1950’s B-Movie. The whole performance assumed that aesthetic and vibe; equal parts wholesome (the melodious harmonizing of Chris Keating, Ira Wolf Tuton and Anand Wilder) and otherworldly, with an undercurrent of something slightly sinister at work. As the band churned out tunes old and new, including fan-favorites like “Madder Red” and “2080” and rousing new additions like “I Am Chemistry”, their fervent energy and flashing lights gave the performance a momentous, well-paced energy. It took a few songs until frontman Chris Keating turned his attention from the keyboards and out to the audience, an interesting shift from introversion to extroversion which shifted the mood in the room as well. It was as if to say, “Don’t you worry. It’s on. 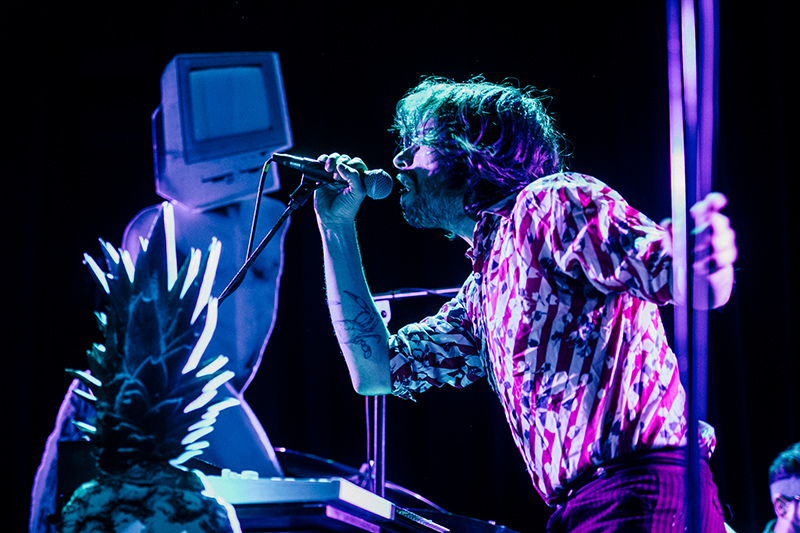 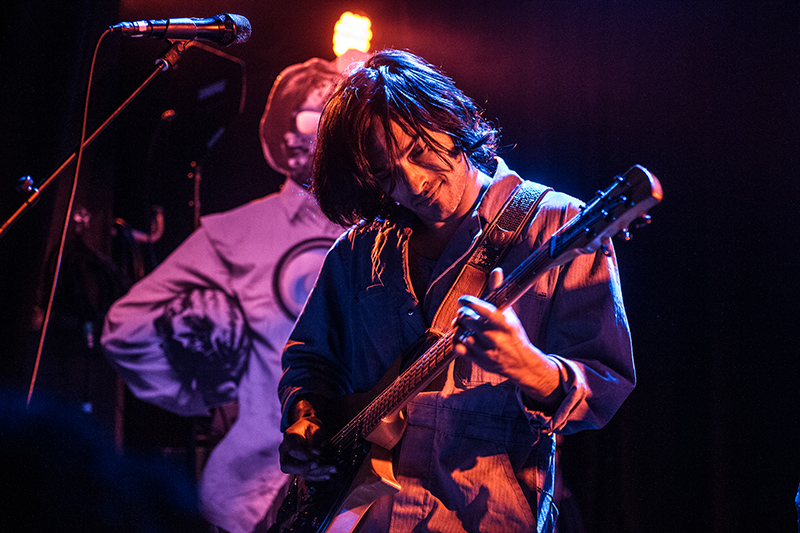 The “vandalized” set pieces were part of a bizarre, entertaining light show, at times all lighting up at once, pulsing; at other times, moving from left to right in a flurry. With looks ranging from down-and-out mechanic, 70’s corduroy chic and acid washed Freddie Mercury, their impassioned, eyes-closed delivery kept the mood buoyant as the set continued. Chris Keating killed it center stage with his furtive gesturing and commitment, which was complemented by the laid-back presence of Anand Wilder and the slightly intense posturing of Ira Wolf Tuton. In fabulous fashion, the set concluded with a no-holds-barred dance party to “Ambling Alp” and, to the express joy of the entire crowd, “O.N.E”. Yeasayer brought its fans, old and new, close to their creative world with a stunningly strange, boldly impassioned performance.