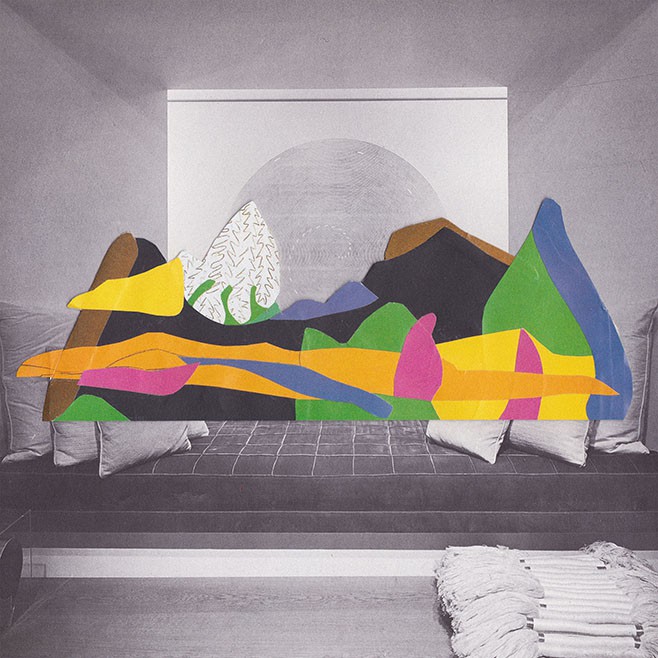 Berlin, a city well known for its love of minimal techno and dark electronica, is where Niklas Kramer chose to make the home of his warm dream pop project Still Parade. Despite his music being a far cry from the hyper-cool club culture of Berlin it’s possible that the city’s affinity for electronic music had an impact on him. Kramer’s previous band Deep Sea Diver, which included a cello as well as him on acoustic guitar, operated within the realm of acoustic chamber pop. Deep Sea Diver was based in the German town of Gottingen, a city with a rich history of academia, aptly nicknamed ‘the city of science.’ The restrained sound of his former band compared to the lo-fi haze of Still Parade begins to make sense when considering the undeniable differences in a city of science and one of foggy warehouse clubs that stay open for days at a time. This is not to say that Concrete Vision sounds like something that could ever be played over the sweaty floors of Berghain, this blissed out debut album is meant to be enjoyed out in the open under a deep blue sky.

Concrete Vision is, however, rich with vibrant synths and well-layered 808 drumbeats, key staples of Berlin’s music scene, yet this is where the city’s seeming influence ends. Kramer’s sound comes to fall more in line with the wistful bedroom producer sound that came to define the lo-fi inclined chillwave movement of the late aughts. The percussion is relaxed, the melodies are comprised of bright catchy chords, and his vocals/guitar often exist shrouded in that style’s signature hazy reverb. With only one EP behind him, Kramer’s debut has a fully realized sound that most first LPs don’t. The album’s overall sound is cohesive; nothing sounds out of place because he’s chosen a style that works well with his abilities as a producer and singer. And yet, his devotion to this particular style of what he describes as “Dream Funk/Psych Pop” is that the songs tend to bleed into one another when not listened to carefully.

Fortunately, Concrete Vision is bookended by two very strong songs that are hard to forget. The first, “Seasons,” invokes loneliness while simultaneously managing to create a sense of hope as a steady bass line, chirpy synths, drum claps, and a guitar line all come together to create something that at only 2:04 leaves one craving more. The ninth and final song on the album “True Love” sounds like something Twin Peaks’ Angelo Badalamenti might have produced had he access to a midi keyboard, a MacBook, and a time machine back in 1989. In between these two sturdy songs is roughly 27 enjoyable minutes worth of music that hint at exciting things to come from Niklas Kramer as he continues the development of his sound.