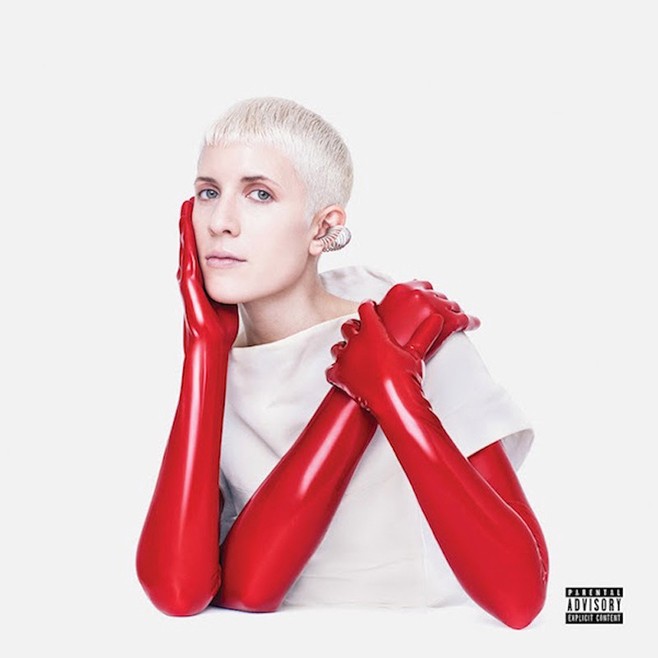 YACHT has no casual fans. They inspire the kind of devotion I suppose any band would want: their fans have smiley face triangle tattoos. Now, YACHT sells a fraction of the records that Katy Perry sells. How many Katy Perry tattoos do you see? Exactly. Not to say there’s anything wrong with Katy Perry, but there is something about YACHT’s appeal that breeds a deep connection.

YACHT’s new album, I Thought The Future Would Be Cooler, isn’t short of the kind of audacity that rewards the curious as well as the fans yet holds tamer listeners at an arm’s length. Opener, “Miles & Miles,” teases with a gentle casio-rhythm and seems to be winding down after about 2:45 when it erupts into a freeform experimental nightclub, and it’s on. By the end of it, at 8:21 (!) you know YACHT is doing their own thing on a cellular level. There are no concessions to a wider audience here. “White Mirror” strikes the same nerves as Talking Heads in the ’70s or Laurie Anderson in the ’80s: it’s insidiously catchy, yet somehow too tongue in cheek to feel anything like radio fodder. “Matter” starts with thudding synth then a little gallop reminiscent of Yellow Magic Orchestra, finally resolving itself into a dance floor killer, complete with hi-hats and a group chorus. It’s kind of magical.

“Ringtone” is a disco-punk throwaway paean to the insistence of mobile culture; the title track scales the giddy heights of disco, referencing the signature sound of Anita Ward’s biggest hit. “L.A. Plays Itself” settles into funk continued into “I Wanna Fuck You Till I’m Dead”: lines like “I want to hold you in the guided morning/I want to love you in the secret night” are juxtaposed with big, silly irresistible grooves punctuated by high tinny synth…look, it’s ridiculous, no one does this sort of thing. “Don’t Be Rude” sounds for all the world like the theme song from your favorite 1985 cartoon. “War On Women” uses a gleeful handclap chorus that flirts with Lennonesque positivity and sloganeering, but injects just enough cynicism to wash away a saccharine taste. “Hologram” and closer “The Entertainment” seem a step slower and slightly less interesting than the rest, but that’s quibbling.

Like the excellent new Woolen Men album, Temporary Monuments, YACHT’s latest work sounds like a time capsule of sorts. It could be a lost gem from the early ’80s, a supergroup of Blondies and Byrnes produced by Giorgio Moroder on a 72-hour acid trip. These songs so gleefully borrow from and celebrate their influences that you can’t help but grin as you catch one, but there’s so much more going on – so many touches that amuse and genuinely delight as you hear them – that the record demands appreciation. I Thought The Future Would Be Cooler is an excellent album, boundlessly creative and fun. May I suggest the back of the calf for your YACHT tattoo…?