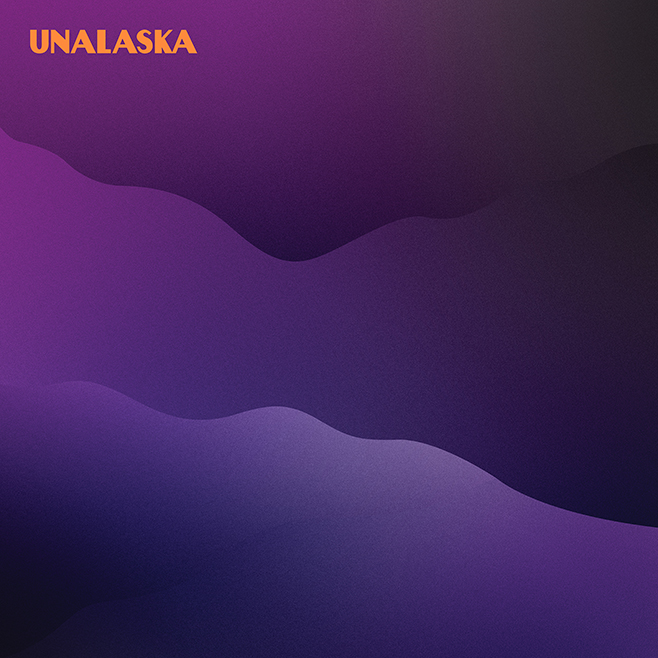 The process of qualifying why something is good can be a hazardous mission that usually leads to confusion or disappointment. Like explaining a joke, a complete piece of music is a work of many parts, and after dissection they might not work as well when put back together. With that being said, Unalaska’s new, self-entitled EP is good, and here’s why:

A lot of experimental music uses found sounds, a-rhythmic beats, noise, and feedback in innovative and inspired ways that challenge the standardized paradigms of what music is and, regrettably, is also utterly unlistenable. I won’t go into the myriad reasons people listen to music, but overwhelmingly humans expect that a song should elicit some kind of pleasure to the listener. Under this reasoning certain sounds can assume a monopoly of attention – pop musicians know this and use it to their advantage – and when that monopoly is rejected by the musician, the listener might respond in kind. It is a rare feat for a band to challenge paradigms without begging the audience’s patience, but Unalaska does it. Their timing with noises mixed with electronic beats and ghostly voices ramping in and out on each track is flawless. Each of the EP’s four songs uses a different song construction, and each song does new and surprising things that ask the audience to listen over and over, to inhale every nuance.

This isn’t to say that Unalaska outright rejects popular modes of rhythm and song-smithing. Most of the songs on the Unalaska EP have a traditional base track and underlying beat. What makes them innovative is the way they mix up these background elements, never letting them get too comfortable, while still building other layers of sound over the top. Then, once all the blocks of noise are assembled, they’re destroyed and re-made, several times – all within a four to six minute period. What this does is give the listener a nice place to enter the song without letting them get bored. Unalaska is easy to casually listen to, but rewarding to concentrate on.

This anti-boredom philosophy isn’t just a guiding ethos for each song, but for the EP as a whole. Each track is unique and stands alone as a bold single. Though the instrumentation and laid-back, psychedelic motifs are consistent, not much else is. If all four songs of the EP were played back-to-back over the radio, a less attentive person might not be able to recognize that they come from a single band.

Adulations aside, Unalaska sounds like the kind of thing you’d hear over the Ham radio from a ghost-ship, emanating from the mid-Atlantic, while simultaneously intercepting the radio waves of a blues guitarist in a Goth club mixer. It’s haunting and beautiful, and exists without context while being driven by a constant beat. The lyrics are poetic, verging on nonsense, but give focus, like incantations at a eulogy for some previously unknown mystic religion. It’s music that emphasizes the unnatural and the supernatural. It gives a feeling that there’s something exciting lurking just outside your vision, in the shadows of a candle lit room.

These explanations, shrouded in imagery as they are, might limit the integrity of the review, but in so doing the machinery of the EP remains intact – maybe. Certain things can’t be explained easily, especially when it’s new and existing outside of an established lexicon. The point is, Unalaska defies deconstruction, and is quite enjoyable to listen to.

The EP will be released on October 16, thanks to Light Organ Records.