Newly announced fourteen day US tour by Vic Mensa and Jesse Rutherford will feature a daily surprise: every night during Heads & Tails the headliner will be determined by a coin toss.

Vic Mensa will be performing music from his most recent release 93PUNX, fusion of alternative rock, rap, and punk. The first song/video “Camp America,” is a “poignant and scathing critique of the current administration’s family separation immigration policy”. The video caused a widespread “condemnation across the right wing media spectrum, including The Daily Mail, Breitbart” and an interview with Ari Melber on MSNBC’s The Beat. 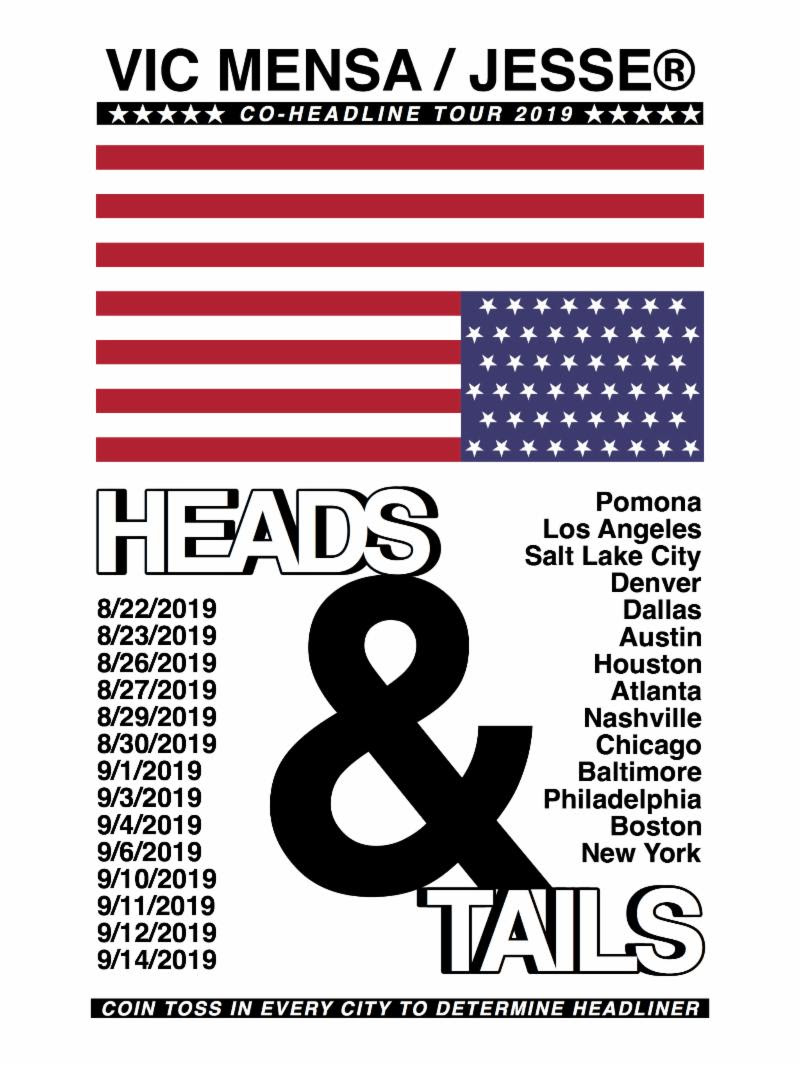