It’s been a while since this city has seen Santigold — a.k.a. Santi White — but she hasn’t forgotten it. A couple of songs in Santi talked about her last visit to the Yonge and Dundas stage specifically, all the smiling faces she’d seen here many years ago. We haven’t changed much and neither has she. Throughout the week prior to Santi’s free show at Y&D, it became obvious this was the most anticipated show, it was the buzz of the town and top choice for many NXNE wristband giveaway participants.

Last year, Santigold surprised her fans with a Dancehall album, I Don’t Want: The Gold Fire Sessions. The songs on this album are as fun and upbeat as they have always been but with much more social commentary, feminism, in a way calling people to arms, to wake up, and pay attention.

This NXNE show, however, is a part of her 10-year anniversary tour – since the release of the self-titled album – and as such was mostly tracks from Santigold. During the hour, Santi and the band did bring out a few tracks from other albums, including last year’s dancehall album and some tracks from 99 Cents as well as Master of My Make-Believe album. Everyone got a little something they love and this crowd was on fire. 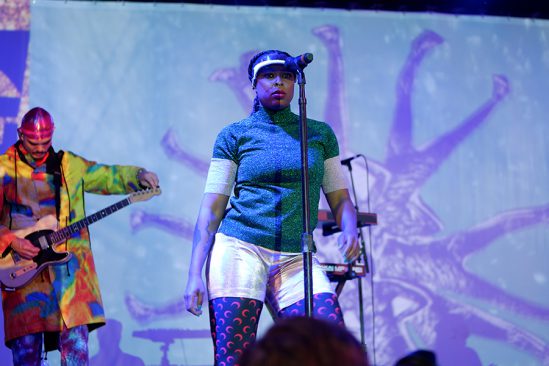 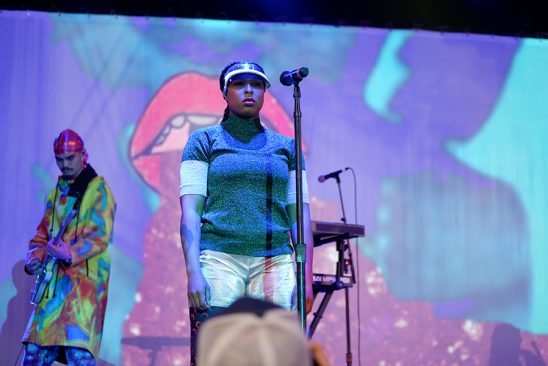 The performance featured her iconic dancers, one on each side in matching outfits with undivided attention and serious faces pointed and nothing in particular, just forward, perhaps into the future. She was smiling nearly the entire time, sharing stories and lightly reflecting on the last decade. Santi and the ladies carried through their typical Santigold experience: gold, glitter, pompoms, and some gentle theatrics. At some point the stage was shared with the audience, dozens of people were invited on stage to dance with Santigold and the band, definitely an experience many of them will not forget.

Due to some unseen circumstances, Santi had to cancel the rest of her European tour; we hope she is okay and returns to her fans soon. 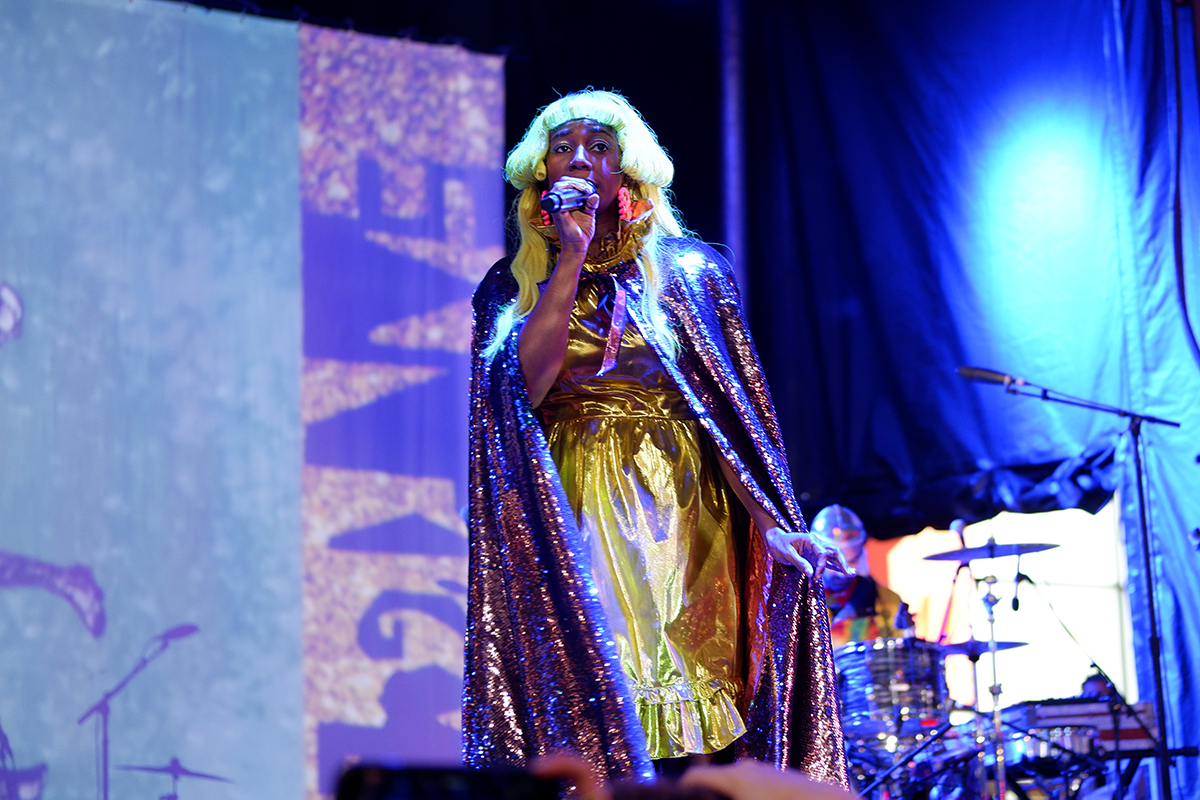