Thievery Corporation returned to Toronto for two sold out and highly anticipated live shows. Taking over one of the biggest venues they’ve played here so far, Rebel Nightclub, the band had no issues occupying the stage. Thievery’s full band, multiple singers (new and original), and a wide array of instruments lit up by the glorious visual system of the nightclub were deffinitly something for eyes to feast on. 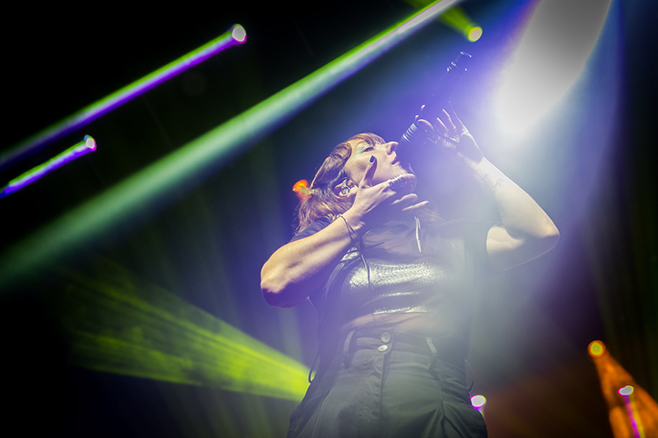 With a slight delay, the band stepped out on stage with an instrumental track, a sample of what’s to come, a showcase of the on-stage talent and the vivid variety of sound and skill, in-line with how they’ve done it in the past. Everyone’s phone was in the air, streaming, snapchatting, instagraming, recording to be rewatched later. The band has been around for over two decades and have over 10 records records behind their belt so it was no surprise that the audience was a more mature crowd, dancing, swaying singing along to almost every song. My soul, at this moment, feels at home here. 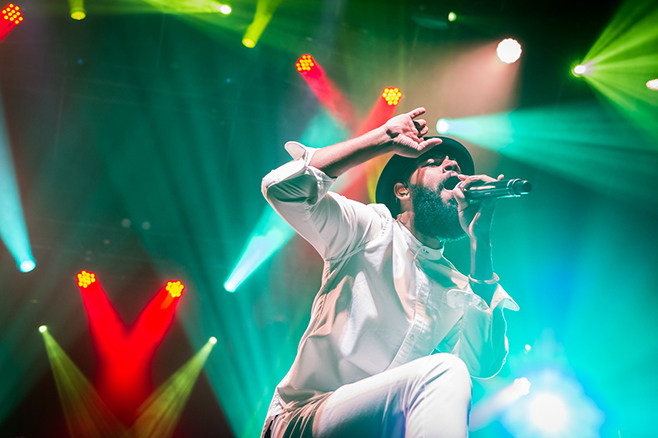 For nearly two hours different singers rotated through the stage while the band played out nearly every track from their most recent release, The Temple of I & I. Lou Lou Ghelichkhani stepped out on stage for “Time + Space,” Natalia Clavier for “Love Has No Heart,” Mr. Lif for “Fight to Sruvive,” Notch for “True Sons of Zion” and the most recent addition to the band, Racquel Jones, for “Letter to The Editor.” And so the rotation continued in no particular order for the next hour. Ghelichkhani and Halligan joined Mr. Lif on stage for the performance of “Ghetto Matrix,” one of the most engaging performances of the night. The older tracks were sprinkled throughout, teasingly treating the audience to the highlights of their musical past with “Until the Morning” from The Richest Man in Babylon, “Take My Soul” from Culture of Fear performed by Lou Lou Ghelichkhani as it was written back in 2011, and many other classics. 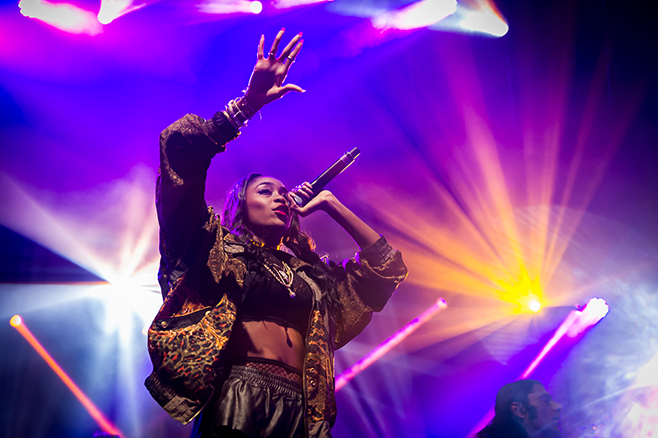 The front of the venue was hot and sweaty with enthusiastic dancers, the balconies were spilling over with observers, while people in the back enjoyed the show in their own distant peace, sipping on cold beers, and having their own dance parties. “Best show ever!!” I overhear someone announce, hastily clapping behind me as the show was wrapping up. That it was, deffinitly one of the best ones. 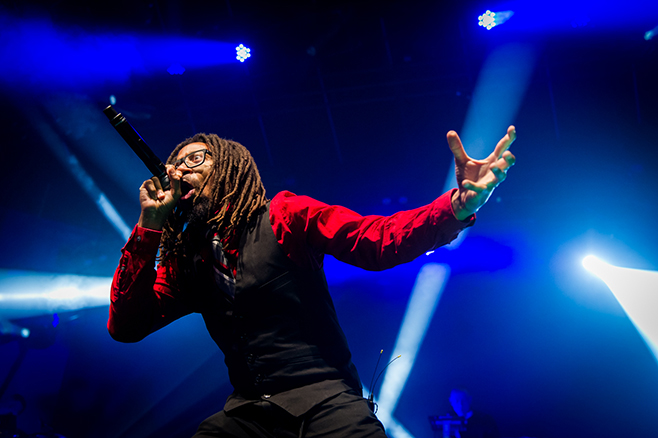