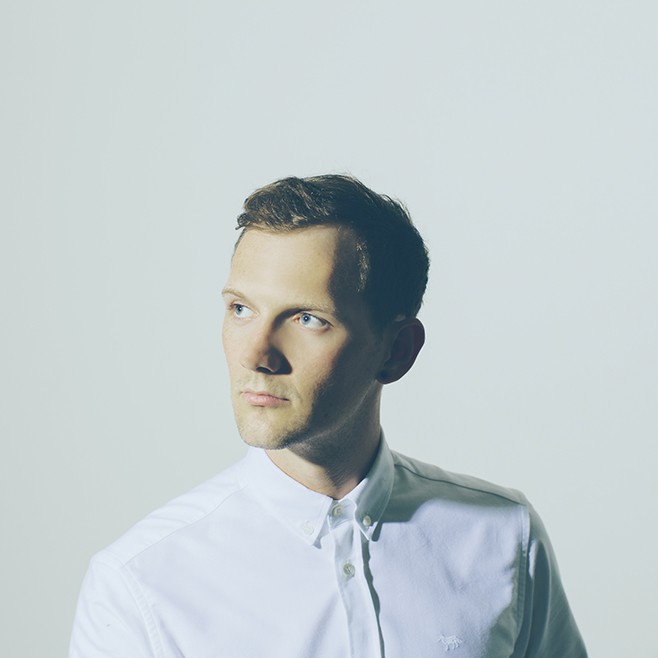 Australia’s Danny Harley’s musical past begun playing pop punk at the age of 12 which, he points out, was mostly to be in with the cool kids. Over time this journey lead him to learn to play musical instruments, front various bands, and eventually start his solo project, The Kite String Tangle.

Harley has been taking in some shine for a while but his self-titled debut album is what will likely get him a spot in the big leagues. The Kite String Tangle is his exploration into the meaning of success and happiness. The lyrics are clear and emotional while the melody is upbeat and catchy. Written in his bedroom the album comes together into 11 well-packaged tracks with impressive collaborations, including Bridgette Amofah.

One of Harley’s other passion projects is his music label with an equally intriguing name Exist. Clearly a man of many talents, many of which are self-taught Danny Harley has a lot of insight, so we thought it was necessary to pick his brain a bit:

Kateryna Topol: Hello Danny! How is your summer going so far, any highlights?

The Kite String Tangle: Well, I live in Australia so it’s winter here. Although I live in Brisbane, Queensland, so even in the winter you almost still wear shorts. Just played a festival on the weekend called Splendour in the Grass which is kind of like the Coachella of Australia, so that was probably the highlight of my year thus far.

KT: Nice! Ok, let’s go back to the basics, your music beginnings were in a significantly different genre, what made you move away from pop punk to electronic?

TKST: I think I just lean toward pop music. Anything on the fringe of pop music that is still informed by pop music. So not the bubblegum stuff, pop punk was super popular [at the time] and had a big moment and I think with the natural progression of music and technology it was almost a fairly logical evolution, even though it seems like a total side step.

KT: That’s true. How about the name, where did the inspiration for The Kite String Tangle come from?

TKST: It was originally the name of an ambient project I used to do. It was totally different musically, it had no vocals, no drums and was mostly just washy synths, instruments, and sound design. I like the name for its imagery. I liked that it was nostalgic and innocent but not without complication. Someone once described it as the most “Wes Anderson” of band names, so I’m very happy with that review. Over time the music changed dramatically but the name always stuck.

KT: Ok! Let’s talk about The Kite String Tangle album, exploration of success and happiness, that’s a pretty big and a bit unusual topic…. Can you tell us a bit about why this theme?

TKST: It’s a theme I’ve been thinking about a lot over the last few years. I think everybody starts to think about it at some point in their life and probably never stops. The album is essentially driven by relationships, but in the context of this existential crisis. As with everything in life, you have to constantly stop and take stock of everything and make sure you’re on the right path to where you want to head. Make sure you’re doing the things you want and for the right reasons. That occupied a lot of my brain’s real estate throughout the album writing process.

KT: The album was written in your bedroom, right? What do you use in terms of technology?

TKST: Yeah predominantly. I use just a laptop and some speakers mostly. I do have a couple of synths and guitar pedals and other outboard gear but the majority of stuff gets written just on the laptop.

KT: How about the wide variety of musical instruments, were all of those you as well or did you collaborate with other artists?

TKST: I sang on the record and played all the organs, pianos, guitar, melodic percussion and synths etc. but I enlisted some help from friends to record drums, strings and horns. For the benefit of the record I wasn’t going to try my hand at them.

KT: Fair. In regards to your music label, Exist, how do you intend to discover talent?

TKST: I always have my ear to the ground. It’s in build in to my life style. Being a touring musician I’m always looking for support acts or find myself at other gigs, friends’ shows or events. Also, I’ve always got my eye on the blogosphere so I find I don’t need to really go digging for artists relevant to my label because they tend to make their way to me somehow.

KT: That’s a pretty big undertaking, who is working with you?

TKST: I started the label with my management and I’m so glad I did because it means I only have to focus on the things that I find important and interesting like A&R and marketing. My management have other labels and so it was relatively smooth to slip into their infrastructure and it means I don’t have to lock myself away in a dark room pumping out P&L Statements.

KT: That’s good. A couple more general questions – What are some of your biggest musical inspirations?

TKST: I love London Grammar, Bonobo, Jonsi, The National, Flume, Tourist, Bon Iver. I could go on forever but they’re a few of the biggies.

KT: a lot of our favorites as well! How about top 3 records if you had to pick?

KT: And lastly, what are some of your hopes and dreams for the next say, year and five?

TKST: In the next year I want to do a bunch of touring in support of the album and generally just draw as much attention to my album as possible. People’s attention is a hot commodity these days. In 5 years I really want to focus on finding away to bolster my output. Possibly by starting side projects and having them run parallel to the TKST project. I’m always sitting on so much music and I just wanna get it out into the world quicker.

KT: That’s sounds really exciting, thank you for your time Danny, looking forward to your next release!