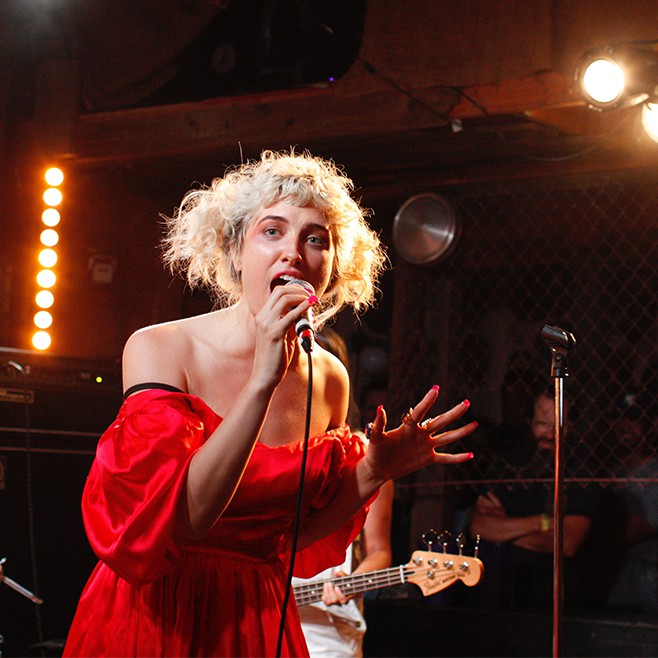 Pickathon was unique in more than one way. To begin with, it carried a lot of weight in performances but only had an attendance of about 3,000 people, with a large percentage of that crowd being volunteers or people working the event. The group with which I arrived, for example, was a mix of press, vendors, and volunteers. Secondly, the festival took place on Pendarvis Farm and had a small carbon footprint, a rare occurrence these days. Here there were no throwaway cups or utensils. Thanks to Klean Kanteen and Bamboo Studio, for a small price you could obtain a stainless steel cup, reusable plates, and flatware.

Pickathon was also extremely family friendly and communal. For example, at the main stage, referred to as Mt. Hood, people left their blankets and chairs behind all weekend for anyone to use, while the children roamed the grounds at night in herds that resembled Lord of the Flies’. Pickathon’s crowning characteristic however, was its schedule. Every band played at least twice, so no longer did the music nerds had to lament over sacrificing one set for another.

Something else that Pickathon offered that most festivals don’t was small, intimate shows coupled with an interview at the Lucky Barn stage. Lucky Barn seated about forty-five people, give or take. I was fortuitous enough to squeeze my way into one of the most marvellous sets I’ve ever seen: Huun Huur-Tu, a Tuvan throat-singing band. Their voices sounded unearthly and the rudimentary-looking instruments produced some of the most beautiful music I’ve ever heard.

Woods was another stage on the farm, decorated by an entanglement of branches it was named after fact that it was set back quite literally, in the woods. The trees provided shade and a nice reprieve from the heat that bled down on the festival-goers and there were hay bales set up in rows for those who wanted to sit (or stand on top of and dance). I caught the Meatbodies in all their thrashing glory on Friday evening here while on Sunday I gyrated my hips along to the disco-eqsue tunes of A-WA, Israeli sisters who sang traditional folk songs over electronic music. The whole crowd pulsated before my heat stroked eyes. That day we also caught Jay Som at the Tree Line stage, a beautiful wooden structure created by the PSU architecture students.

The next day all my dreams came true: I had personal run ins with Mikal Cronin, Ty Segall and Kyle Thomas. It took all I could muster not to cry as I told Mikal Cronin that MC111 is one of the most beautiful records I own. Although Thomas wasn’t playing the festival he was helping out several bands with their sound. Another rarity of Pickahon is that the musicians are mixed within the crowd, waiting around for pizza or tacos, so it was easy to seize a chance to say hello, I know I’m glad I did!

Later on, The Priests performed at the Galaxy Barn. Covered by hundreds of string lights the stage was a fitting accompaniment to the band roaring across it in colorful prom dresses. Ty Segall, who is a huge fan of Pickathon, closed out the festival at the end of the weekend. All things considered, trouncing in a pit to Pangaea was by far one of my favorite moments of the weekend, that and Mikal Cronin asking for my name during a handshake.

Pickathon, while not technically in Portland, embodied a lot of what the city epitomizes about it self: keeping things local, small, green, community-centric, and of course, weird. While you may not see the likes of Rihanna walking the grounds you also won’t be waiting in lines or having the equivalent of a football field between you and your favorite artist.