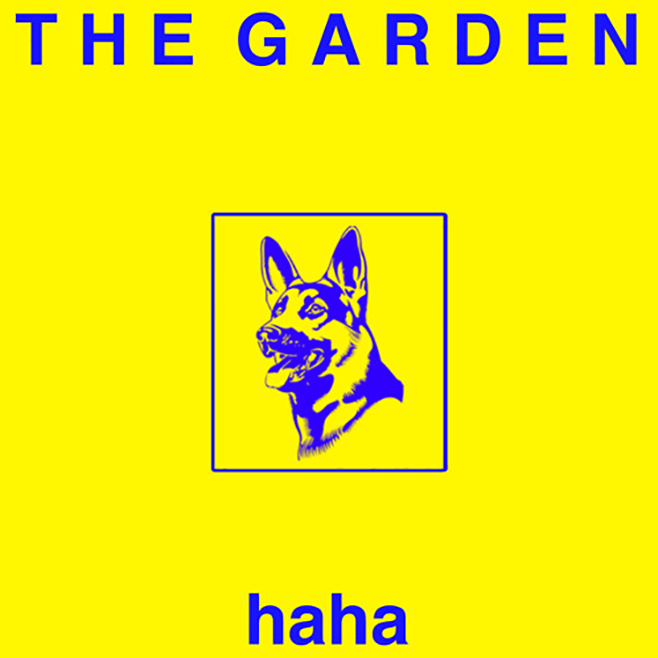 Twins Wyatt and Fletcher Shears have released their second full-length album out of Orange County, California, and they’ve named it Haha. Their band is named The Garden. One of them plays bass, the other plays drums, and their self-styled music genre is called “Vada Vada” — which sounds like Dead Kennedys meets Devo.

Now that we know about The Garden, let’s talk about something else. There’s a thing a lot of bands do when they’re writing new songs: they get a bass track, and a beat, and they layer in some melody or texture sounds, and then, when the song has developed its own feel, but isn’t quite done, the lead singer/front man/song writer will get up and just free-verse. The idea isn’t to make a song right there, but to see what words rhyme and fit with the nearly finished instrumentals. Then the whole song can be tuned and refined, and through this narrowing process the lyrics are adapted and begin to make more sense and/or fit with the some larger motif. It just doesn’t sound like this is how The Garden writes their songs.

They probably have their own proprietary method, but with Haha there’s this feeling that they got a good bass line down, gave it some beats, said the first things that came to their heads, and moved on to the next song. While this is a criticism of what on the surface appears to be sloppy songsmithing, it’s also an observation on their stark, under-produced, under-wrought aesthetic.

Ah, but there may be more context a tourist to The Garden might need before making such bold criticism. Haha is composed of songs that are meant to be played live, most likely in clubs, basements, punk venues, DIY spots — you know the scene. These aren’t songs written and designed to be played over a $3,000 P.A. in a civic amphitheater with a professional mix technician in a separate booth.

The Garden plays fast, hard, heavy music. Their audio dances in step with their visual; charisma is part of “Vada Vada”, maybe even most of it. The thing that makes this album difficult to appreciate is that the lyrics might not be a crucial, or even an important, aspect of the band’s music. After all, at the local punk ‘n’ dive club, situated wherever the cheapest rent is, it doesn’t really matter what you yell into the microphone; it all comes out the same.

The drum and bass, which sit behind the vocals in the hierarchy of Haha’s track production, are actually the strongest audible element. The best way to listen to Haha, then, might be in a car with a dual woofer and a blown-out tweeter. That way, the music can be felt without the hang-ups of interpretation. This is my backseat-producer way of offering constructive feedback.

The dichotomy of Haha is the profound and the pointless. The title track is silly but evokes deeper feelings of regret, combined with a dark ambient tone of the drop-tuned bass and some sci-fi echo effect of the keyboard. It’s musical Dadaism — irreverent, fun, but still a little bleak. “We Be Grindin’”, however, is just awkward white boy re-appropriation of a played-out trope about how people act in dance clubs. Luckily, or unluckily, no song lasts more than a breath past three minutes, and they’re all diverse in terms of themes and flavors. This is a compliment sandwich; two nice comments on either end of a negative — helps the medicine go down smoother.

Whether Haha is bad or good depends on what a listener wants out of their punk rock. If it’s loud, energetic nonsense like Naked Raygun, then The Garden can help you out. If you want insightful poetics like Rage Against the Machine, tough.

Haha is out October 9 through Burger Records.