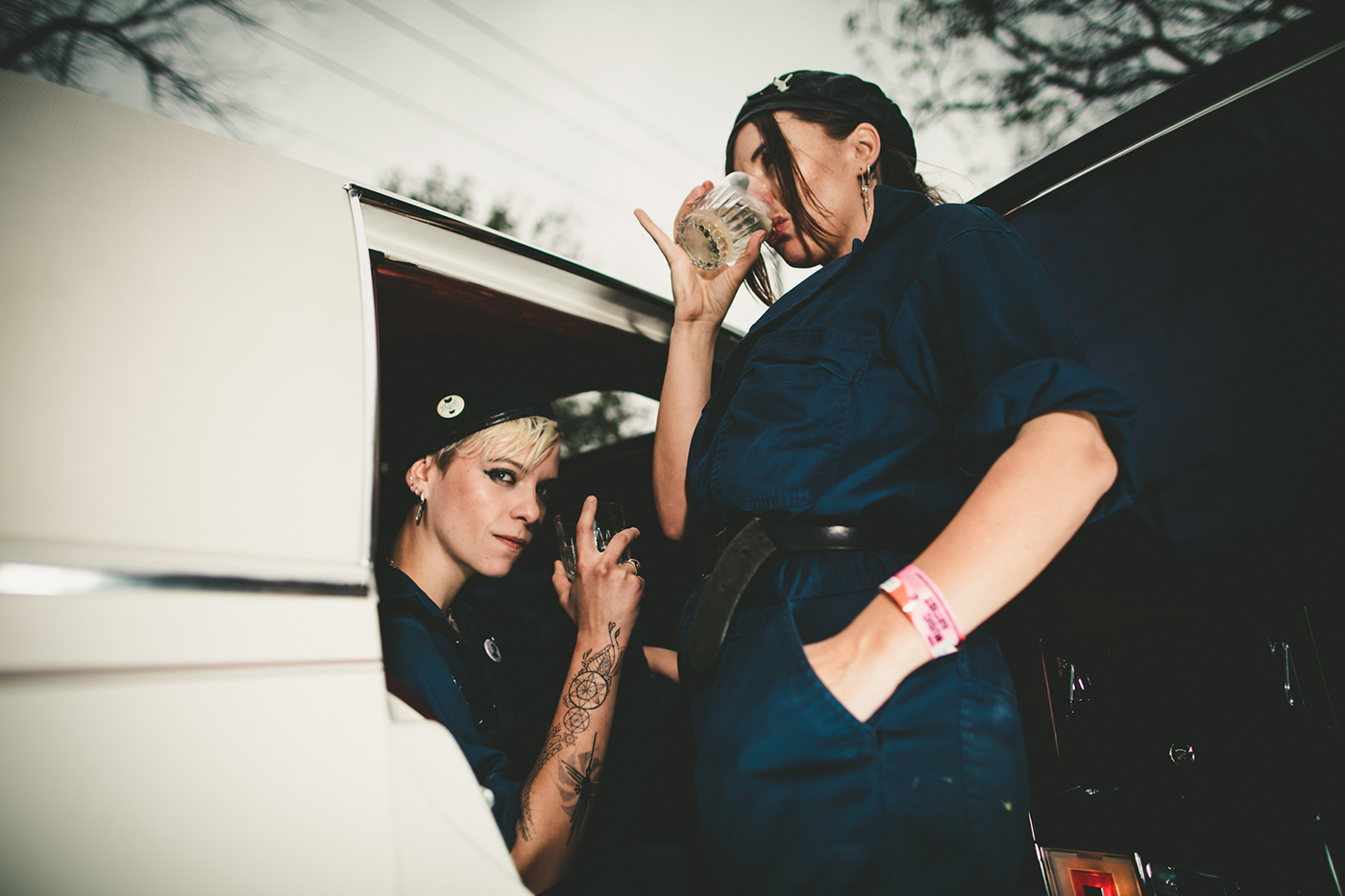 Never ridicule the women of Bones (UK) about their ability to make music because the London-born and bred duo will take your derision, start a band, and make some of the most impressive music you’ve ever heard. Even their critics can’t help but respect their talent. How badass is this band? So badass that they went on tour with just two singles and garnered a massive and loyal following; so badass that one of the singles was featured on Netflix’s Orange is the New Black; so badass that they both grabbed their ax and wrote their electrifying first single, “Girls Can’t Play Guitar,” in response to the village idiot who told them that their band would never be successful because, in his opinion, “Girls can’t play guitar.”

To seriously pursue their music career, Carmen, the lead guitarist, and Rosie, the lead vocalist left London and moved across the pond to Los Angeles. Despite not being signed to a label, nor having released an EP or LP, the band amasses new fans with every released single and every live performance. With singles like “Beautiful is Boring” and “Pretty Waste,” their artistry fuses hard rock and elements of electronic with fun and empowering lyrics to create dance-worthy music with a meaningful message.

Their stage presence is organic and hypnotic and their personalities are felt in every lyric and every note. And while Carmen is slightly more reserved than her extroverted best friend, Rosie, these ladies’ personalities complement one another. Sitting down with the duo to chat before they hit the stage, was like catching up with old friends on a beautiful day.

Jade Newton: How would you describe your music?

JN: As with most new bands, you garner fans and attention to your craft by hitting the road. As grueling as touring can be, it’s an experience that can be very fulfilling. What do you enjoy the most about touring?

Bones: Being on the road feels like our natural habitat; it’s our job and we love it. We love fucking playing and it’s brilliant to meet our fans.

JN: Being away from home so much, how do you make it feel like home? How do you take care of each other and yourselves?

Bones: [On the road] we’ve got each other, so we’re very lucky; we’re sisters, so you always feel like you have home with you on the tour. You have a person who you feel at home with and they have your back, no matter where you are. We always have each other around and at the tail-end of a two-month tour you just want to sit somewhere. But, you can get an Air BnB and anywhere can be home.

JN: Early in your career, you went on tour with just two singles and crowds fell in love with your music. Describe the feeling you had with that reaction.

Bones: We couldn’t believe it. The fact that people knew some of the lyrics, people had our t-shirts on and they made us hats. It was wild!

JN: That’s incredible. I don’t know any bands that can pull that off.

Bones: It all happened quite quickly; we made the “Pretty Waste” video in 12 hours because we found out we were going on tour two days before [the tour]. It’s still very early for us [in our career]; we’re still starting out.

JN: What are some of the challenges that you all face as a new, independent band?

Rosie: We do all of our own production, photography, videos, PR, and creative. I do all of the videos, which is challenging because I have to direct the video and be in it.

Carmen: We have to hustle and get things for free; we try to make things professional without professional funds.

Rosie: We aren’t signed and we don’t want to rush into a deal – so we’ve got no money, but we’ve got ideas and things work out. We just have to make sure our hearts are in it.

Carmen: We’re lucky to have loads of friends who help – we’ll crash on the floor. We don’t have much money but we find a way to tour or do videos.

JN: What are your favorite songs, that you’ve written, thus far?

JN: What’s the best part about what you do?

Bones: Everything! We are so lucky to be doing what we’re doing and to be making any money, even though we don’t have much. But to be making any money off doing this, it’s insane! This is our job! That’s our work: to play a show for people who like our music. The chance to use a platform to say something interesting, that’s a really big one for us. We meet amazing people and having people listen to your art and care about it – it’s mental. People cheer for your art and they’re singing along to songs we wrote. As a musician to get that reaction straight away…we make art, we say something and to get that feedback of cheering from the audience immediately is amazing. Being able to hang out with your best friend every day – we’re so lucky; [there are] so many things and it’s so cool! 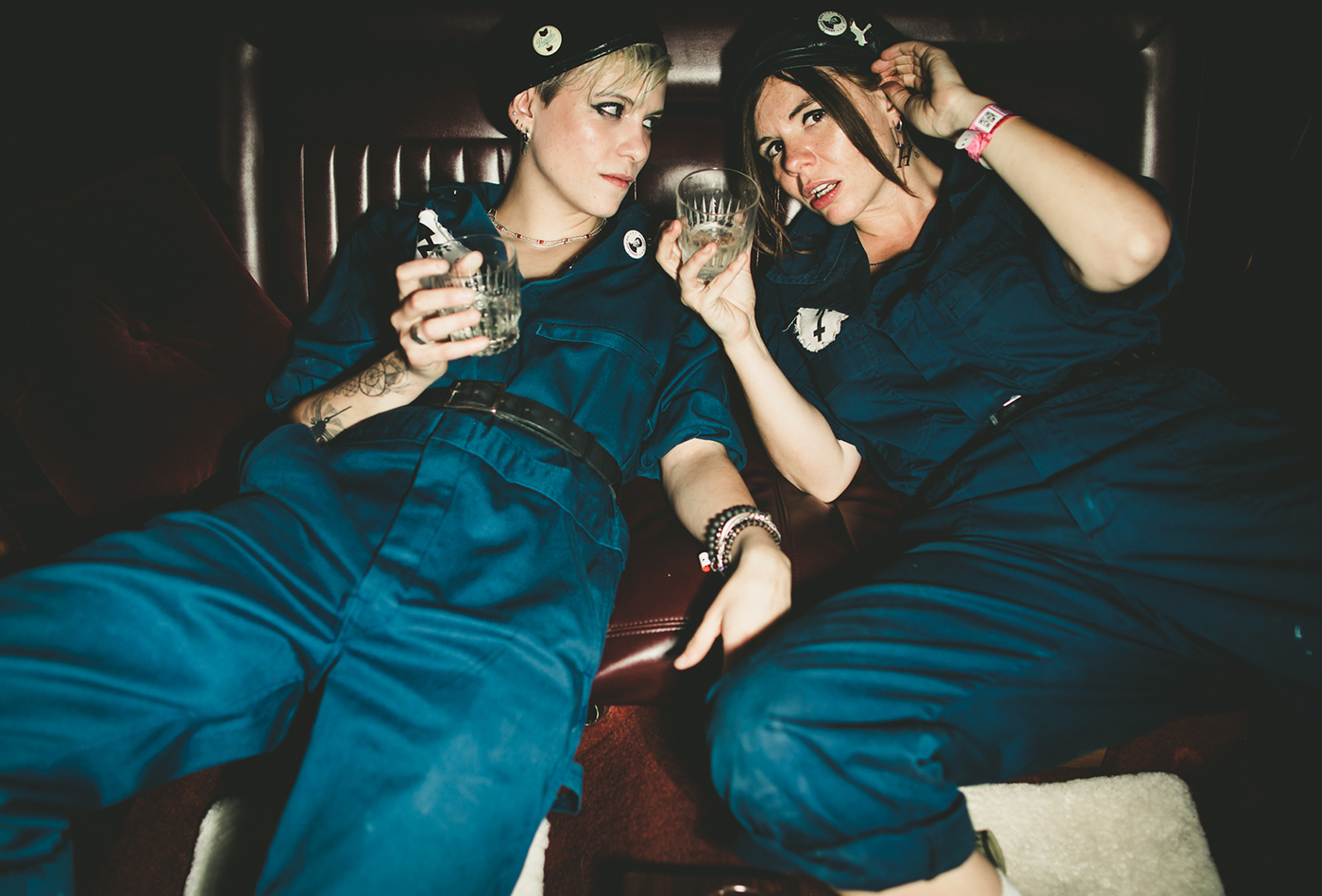