Last week, we had the opportunity to speak with Austrian-born musician Filous (Matthias Oldofredi). At 19 years old, Filous it kicking off his first North American tour and ready to take the international world by storm. We caught up about how he is feeling with his recent success, how the music industry differs between here and Europe, and how he was able to teach himself 20 different instruments through YouTube.

Jackie Willson: First of all, congratulations on all of your recent success! You must be excited for your first North American Tour, how was the first show in Chicago?

Matthias Oldofredi: The Chicago show was unreal, it was my first time playing a headline show in America and it was amazing to have that experience and actually do that and see how people in America react to my music and react to my show. It was more that I could ever ask for.

JW: How did you mentally and musically prepare for this tour?

MO: We rehearsed so much, every day for weeks and weeks. We played a European tour in February which was a great way to warm up.

JW: Was it the same set that you are doing here?

MO: It is similar, but I changed a lot for the American tour. I added a lot of new unreleased music and new instruments; I am playing two more instruments this tour. The European tour I played harmonica, acoustic guitar, electric guitar, and piano.

JW: You taught yourself to learn 20 different musical instruments via YouTube, how difficult was this?

MO: When I was 14 I started learning electric guitar and started getting into YouTube tutorials and that was really difficult. Learning the process, you don’t know what to expect or how long it will take to be able to play anything. After I learned electric guitar I started to learn piano, and that was much easier. I knew it would take a long time but it is possible.

JW: What is your favorite instrument to play?

MO: Right now, Mandolin. It is an eight-string instrument, used in a lot of folk and blue grass music.

JW: Do you find that playing instruments gives you more of an edge and sets you apart from other artists?

MO: Yeah, maybe. The most important thing for me is that it is so much fun to stand up there and jam on the guitar and have a good time. That is really why I want to do it. 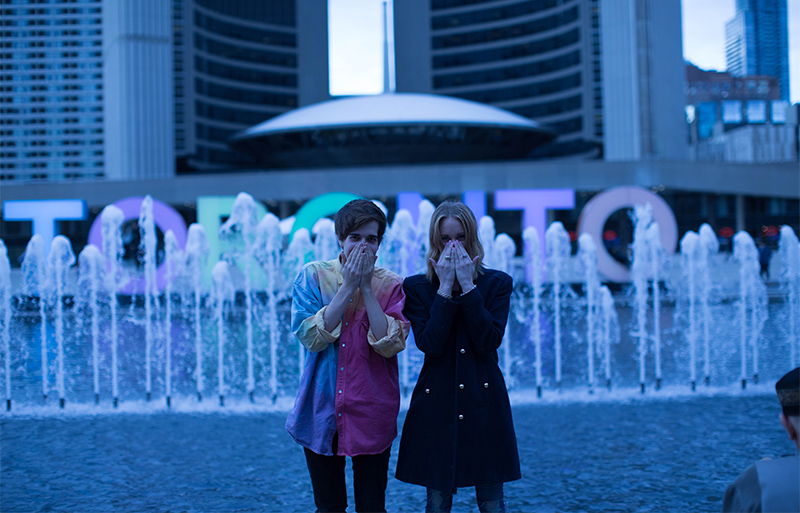 JW: How did you make that switch to electronic music?

MO: It was a huge process. After metal, I really got into progressive metal, and from there I got into Jazz, a lot of old music. Then I found Deadmau5. Deadmau5 and Daft Punk were the first electronic musicians I got into. They got me hooked and then I really got into electronic music. The thing was, I always wrote a lot of music on my instruments but I never had the money or the resources to record what I was playing or that I wrote. Music production was such a great way for me to put those thoughts into reality. After a while, I really missed playing instruments, and that’s when I started to combine electronic and acoustic music.

MO: I think the American music industry gets digital media more, like you need to be big on YouTube and Soundcloud first. I don’t know if that is as well known in Europe. In Europe, the music industry is much more traditional maybe, and much more focused on radio. I am so new to this still.

JW: That is a really interesting perspective because a lot of people would say that Europe is much more progressive in a lot of ways, even in the music industry.

MO: Yeah, you are right, for sure.

JW: What has the reaction been like since your album came out last year?

MO: This is the first time putting out original music and I really did not know what to expect, and really it succeeded all of my expectations. The first single got played on the radio like crazy and got played on Spotify like 30 million times by now. It is just insane. I am just so happy for that to happen.

MO: Yes, I started the whole project with my brother. After a year of that, my production company signed on and they are amazing.

JW: What did you do here in Toronto today?

MO: We walked around and looked at the Sea…I mean Lake (after much confusion and incorrect facts from his manager we confirmed it was Lake Ontario that he was referring to). I also ate Tim Hortons, it was so good!

JW: What are you looking forward to the most during this tour?

JW: What is next after this summer?

MO: Yes, I am working on a lot of original music right now that I am releasing very soon!

Filous’ youthful attitude and excitement are completely refreshing. He is a true artist who wants to grab every opportunity he has and live out his dream. We hope this tour gives him the success he needs and does not taint the purity of his art and his attitude.