Giraffage and Slow Magic’s So Cute! Tour kicked off in early November and with shows nearly every day this producer duo are halfway through their list about to break down North America one city at a time.

Slow Magic and Giraffage have worked together a few times prior to the tour on tracks like “Hello,” “Be With You,” and finally “So Cute!” which undoubtedly was the bonding experience leading up to this tour. And admittedly while their music is quite different they are an excellent match to host a dance party.

Slow Magic is a man built of contagious positive energy. You can’t see his face, or hear his voice, but you can be quite certain he is smiling under that hood. Shaping hearts for the audience and praising them for support, Slow Magic has not uttered a single word but despite that lack of obvious communication there was a clear bond between him and the audience. Twice throughout his hour-long set Magic took his drum into the mosh pit hopping over his equipment like it’s nothing but a small picket fence to be one with the crowd. 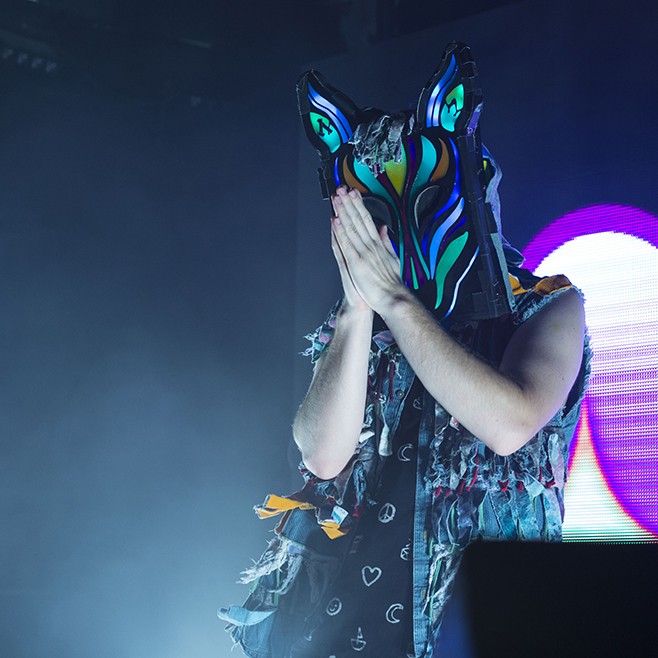 Most of Slow Magic’s tracks are quite down tempo but when performed live Magic expertly drums during the entire set making the music come alive on an entirely new level. Slow Magic played through his latest album, How To Run Away, and some of the more popular remixes like Odesza’s “Waited 4 U” during which I’m quite certain people were singing along. Eventually with a couple of additional praiseful nods into the audience Magic left the stage.

Within brief few minutes the stage was transformed for Giraffage’s set but the one component that was prominent in both producer’s performances is the background video: in the spirit of being cute background graphics were featuring a variety of emoji from sparkling hearts to clapping hands.

Giraffage had a brief technical hiccup at the start but with a quick equipment change he went right back into it for a smooth one hour set. Pitchfork once called his style “candy-colored R&B” which seems as on point as one could possibly get describing Giraffage’s style. The set opened with a rendition of Drake’s “Hotline Bling” mixed with Carly Rae Jepsen’s “I Really Like You” during which, you guessed it, the video was a variety of moving Drake emoji.

Current Top40 pop tracks, however, were not the only highlights in Giraffage’s set which featured tracks across a couple decades from Alice DJ “Do You Think You’re Better Off Alone” to R Kelly’s “Ignition” and Baha Men’s “Who Let The Dogs Out” [insert various puppy cutouts on the screen, clap clap].

So Cute! Tour just might be one of the best collaborative tours we’ve seen in a while so your home-base is in one of them cities on the second half of the tour we strongly suggest checking it out. 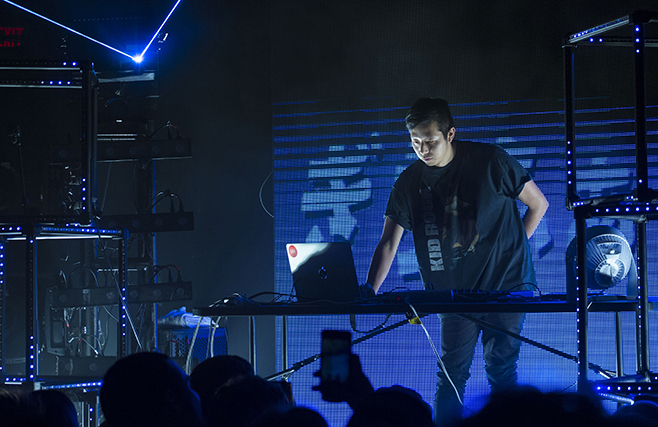