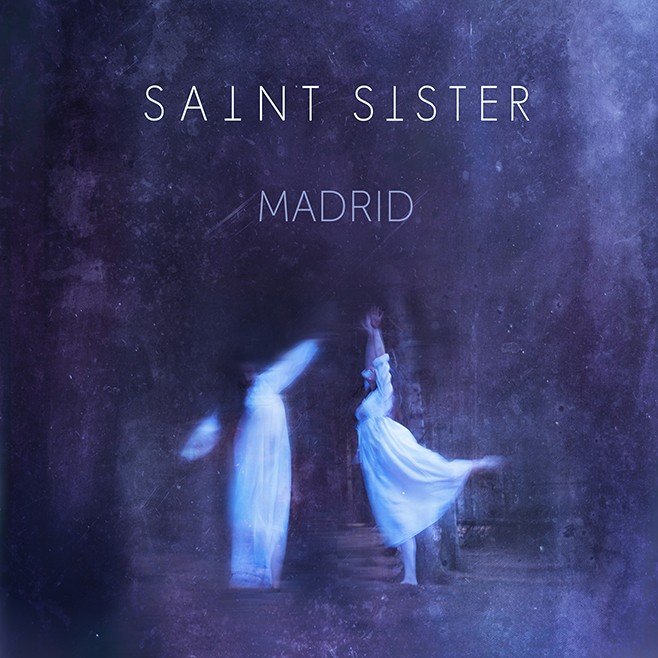 Madrid, the first EP by Saint Sister, features four distinct songs including the melancholy title track that would make the perfect opening theme to some sort of supernatural police drama. This marks the debut of Dublin folk/pop musicians Morgan MacIntyre and Gemma Doherty under the Saint Sister banner.

A scratchy pop-rock beat starts off “Madrid”, with bright instrumentals gradually joining the layers of haunting vocals until it all sounds aglow; “I would only meet you there / I could never keep you there”. The seraphic voices juxtapose slightly but effectively with what is basically a story about a bit of a grudge against the unnamed “you”. The song ends with the same barebones rhythm as in the beginning which, after the feast of sound, now has a hollow and lonesome note. Luckily, the soothing “Castles” follows. With snare drums rat-tat-tatting in the far distance, “Castles” is a delicate, dreamlike battle hymn worthy of Loreena McKennitt: “What are we without our chains? / I will carry on this name.”

Each track in the collection – including the most pop-y, Sarah McLachlan-like “Versions of Hate” – ends with a little something extra, an unexpected wink, instead of merely fading out. Together they paint sometimes dark yet always vivid pictures of an ancient, mystical world.  And that world is beautiful.