I migrated to Toronto from the suburbs 11 years ago, and in that thin slice of time Canada’s largest city ripped up its linoleum, caulked its crown molding, and came of age. It shook its gaudy reputation as a sterile financial hub that tucked itself in every night as the 12:13 Go Trains clunked out of Union Station.

Put it this way: a decade ago, The Drake Hotel had yet to reincarnate itself as the boutique landmark it is today, and Ossington Avenue was a place people went to get a carwash. As tiny galleries and jukeboxes sprouted in the wake of The Drake’s re-launch, Toronto’s palate began to change; its citizens happily ate bone marrow and purchased reclaimed furniture.

By 2010, Toronto stopped tugging on the coattails of New York City and settled into its own skin. The chirp of evening crickets was silenced by noise complaints as sleepy residents struggled to adjust to the late night party scene that finally crept from the clubs of King Street.

Despite our city’s staggering progress, a few blemishes remain. The most glaring is our collective refusal to approach rock concerts with any sort of joy. I’d need 28 fingers to count the times I’ve witnessed a band halt their performance to castigate Toronto’s buttoned up behavior – and Riot Fest was no exception. 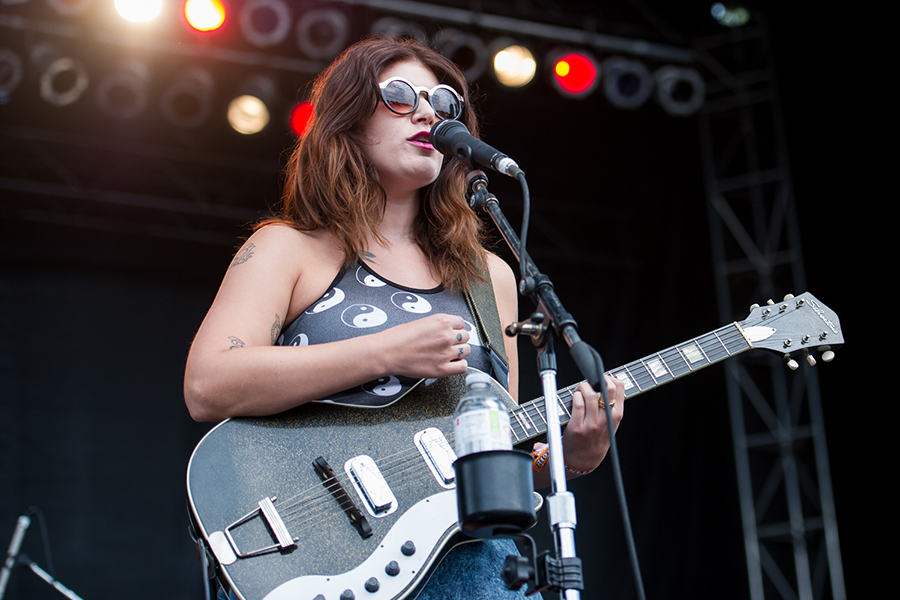 Bethany Cosentino of Best Coast kicked off a torrent of complaints as she squinted directly into the mid-afternoon sun and asked, “Are you guys awake out there?” We replied, as we usually do, with crossed arms and proceeded to glare at the lead singer as if she was the staggering math problem featured in Good Will Hunting. To Cosentino’s credit, she did a bang-up job despite a sound check that stripped Best Coast of its trademark fuzz. Unfortunately, the audience was so reserved that it created the sort of peculiar intimacy felt when an unsavory character forces you to sit through one of their bedroom performances. “Should I be smiling? Where are my eyes supposed to rest? Thank God you’re wearing sunglasses. Should I applaud? Would it be rude to respond to this text? It might be my mother.” 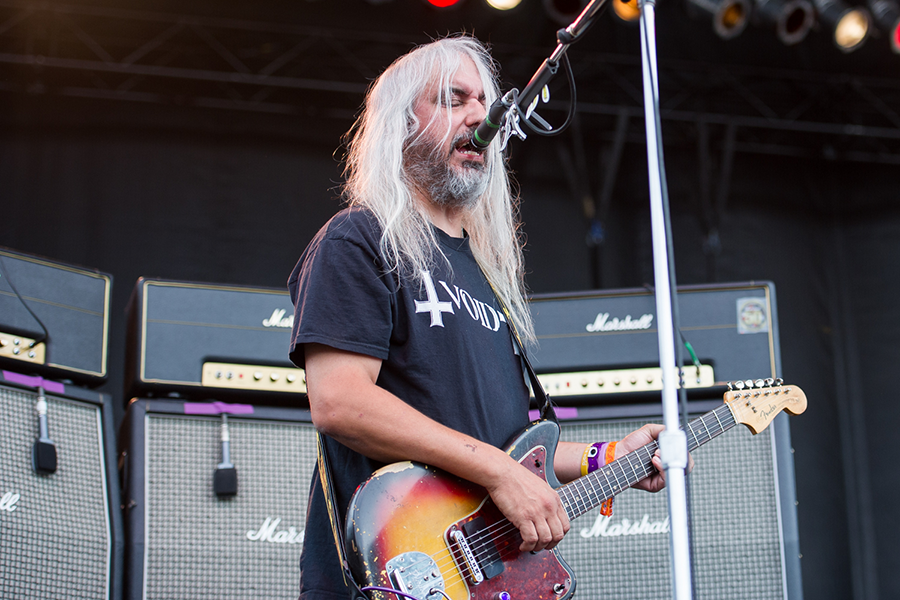 Thankfully, the audience doubled as J Mascis began to stack his colossal wall of Marshall amplifiers – 9 strong. Mascis, Dinosaur Jr.’s reserved front man, is such an enigmatic character that I could happily watch him eat a bowl of Weetabix for 2 hours and hypothesize his train of thought from my armchair. He stands with the unassuming slouch of a man who’s spent a lifetime eating pork rinds in his mother’s basement – but the moment he releases his wizard’s mane from beneath his cap, and his fingers begin to shred, he ascends to magisterial heights few guitarists have scaled. Unfortunately, another rushed sound check left Mascis’s vocals inaudible. Despite a virtuoso lead performance and a bouncy effort from bassist Lou Barlow, the audience was muted yet again, which prompted Barlow to remark, “There’s not a whole lot of ‘Riot’ in this ‘Fest’ Toronto. Thanks for coming out and standing around.” Unfazed by the lack of energy around me, I air-guitared alone to “Feel the Pain” and smiled because I was about to see The Stooges.

As I watched Iggy Pop saunter around the stage like a sexed-up mental patient, I nearly identified with Toronto’s tendency to play hard to get. “Perhaps,” I thought, “Torontonians are members of Leonard Maltin’s camp – we’re reserving our four star reviews for those performances that are truly transcendent.” Equal parts menace, equal parts enthusiastic puppy dog, Iggy flip-flopped through his rolodex of personas, often waving to audience members like a beauty pageant contestant. The moment The Stooges lunged up the stairs and onto the stage, the crowd whipped itself into a stew that kicked up billowing clouds of dust, leaving die-hards with mouthfuls of dirt and blackened coal-miner’s lips by set’s end. And, when it did end, after Detroit’s best tore through “1970,” “I Wanna Be Your Dog,” et al, Iggy remained on stage to deafening screams and what I swore were cascades of tossed bouquets. He bowed half a dozen times, and looked genuinely touched, as if the band had just completed its first breakthrough performance. I’m confident he stood there thinking to himself, “I can’t believe I finally got through to these fuckin’ stiffs.” 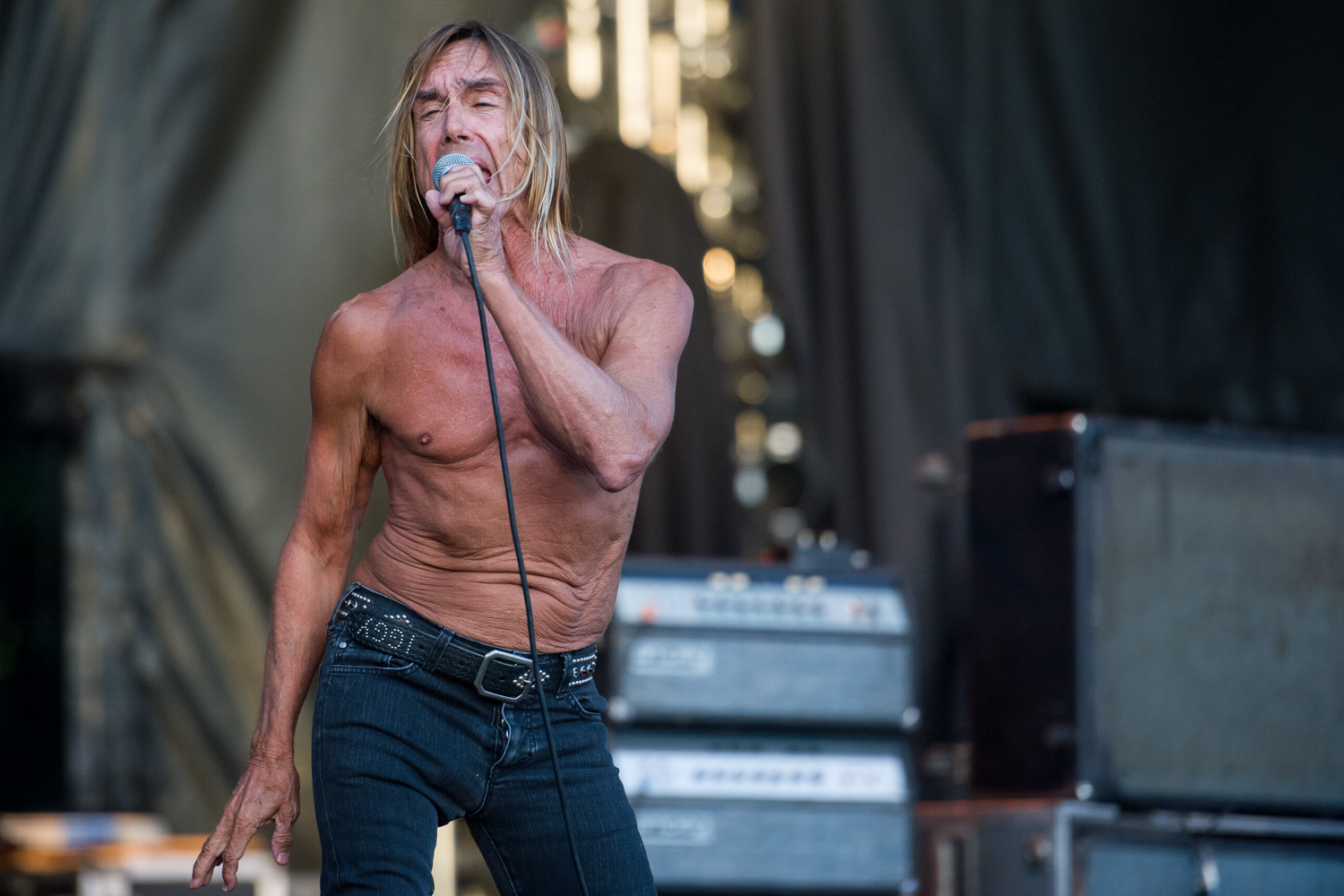 It seemed strange that The Replacements were headlining an evening that featured The Stooges, but I’m not sure Paul Westerberg and his boys would have fared so well had Iggy not warmed up an otherwise tepid bunch. The 25-minute break in action allowed any excess energy to settle and bleed into anticipation. By the time “Takin’ a Ride” was blaring through the monitors, it was evident The Replacements were happy they’d extinguished a 22-year hiatus. The set wasn’t without its hiccups – Westerberg stumbled through “Androgynous” and “I Will Dare,” but finished strong with “Can’t Hardly Wait,” “Bastards of Young,” and “I.O.U.” to raucous applause. I may have even witnessed a hug or two – although the callous heart of a Torontonian would never confirm such an act. 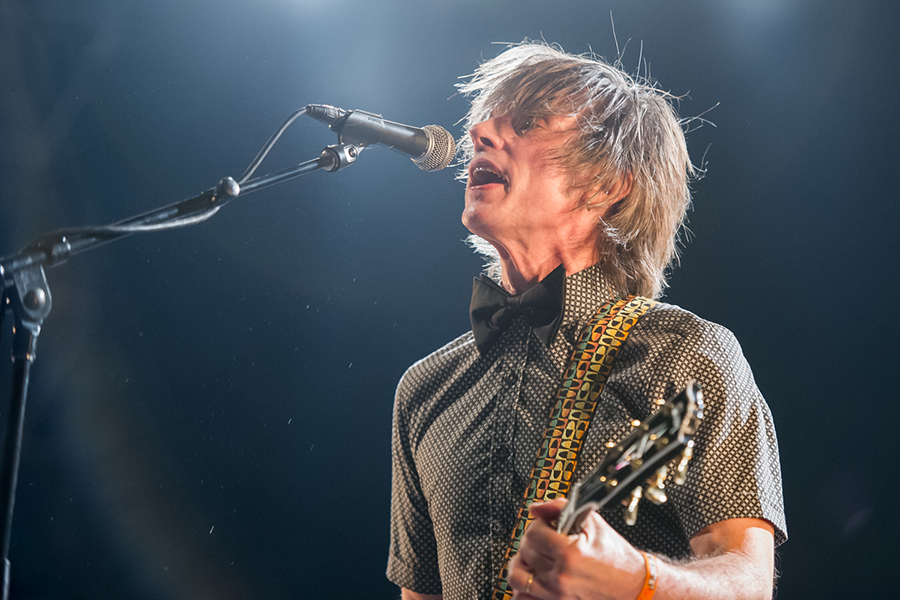