With Chicago’s festival season beginning to wind down, Riot Fest descended upon Douglas Park for three days of incredible artist performances. If you’ve ever been to Riot Fest you know it is long, loud, and incredibly entertaining. Signature characteristics for any weekend-long festival.

For 2019, Blink-182 made a comeback as Friday’s headliner, naturally, the crowds were large by 6 pm, surging with the after 9-5 crowd. Nearly everyone was sporting all-black attire was peppered with brightly colored hair that was a nod to Riot Fest as the destination for punk and alternative music.

The sun was just beginning to set by the time that Glassjaw stepped out onto the Rebel Stage. People stood on tiptoes trying to see the band over the crowd as they began the set promptly at 7:30 pm and the crowd immediately began to sing along. This came as no surprise,  the band has been around since the early 2000s, playing a part in the development of the underground music scene in the states. The crowd did not miss a beat with lyrics, latecomers were eagerly pushing their way to the center of the fold, it was clear that Glassjaw was high on the list for many attendees. Friday came to a close with the crowds growing thicker by the hour, making for a tough time to get from one end of the park to another, especially with limited lighting. 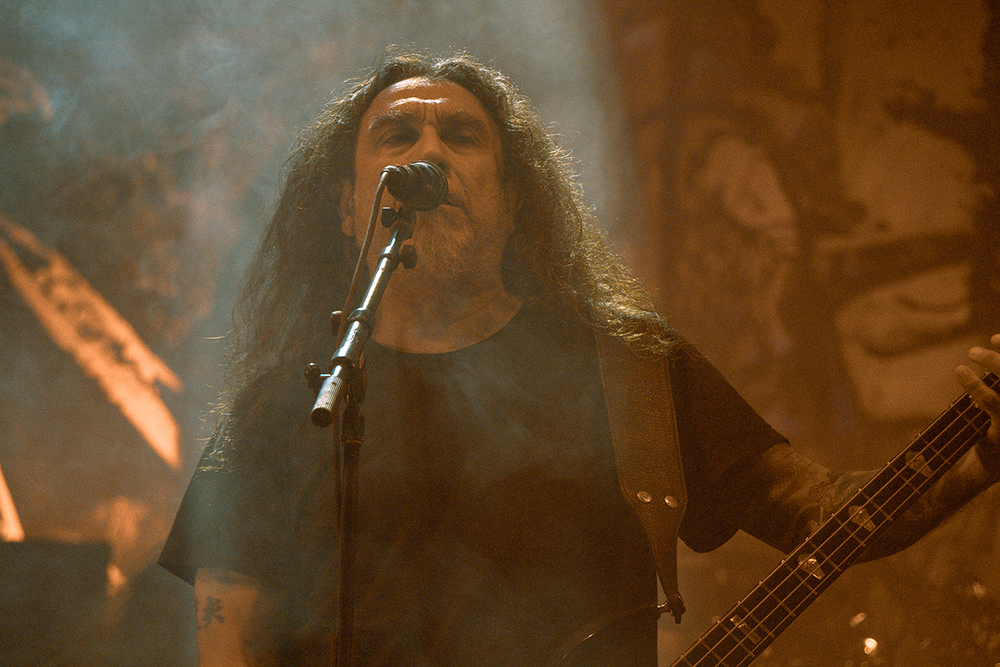 But the Friday crowd would prove to be no match for Saturday’s when the park began to fill early with people on a mission to see Slayer’s last Chicago show. Slayer shirts were nearly everywhere you looked, with fans all over the age spectrum and a few toddlers to boot. Saturday was like a clear reminder of why Riot Fest is often called, “Warped tour for adults” – the mood was rowdy but never out of control while the sun beat down on the park.

In keeping with the laid back vibe, Lando Chill chatted with friends before beginning his set at the Radicals Stage as one of the earlier performances. With a smoothness to match the relaxed crowd, Lando crooned, “You feel that? That’s your purpose calling” at one point, encouraging the crowd to vibe with him as he rocked to the rhythmic bass of the music.

Surfer Blood took it up a notch at the Rise stage. Their fans showed up in earnest while they played some of their biggest hits.”Can we get a little more haze up here?” JP asked before launching into “Island”, a song he called, “spooky”. With lively shows and a dedicated fan base, it was no surprise to see some folks make their way from the back of the crowd to the front of the stage, with one being rewarded with a guitar pick at the end of their set.

“Dedicated fans” was a theme for Saturday while the crowd for Microwave was like a wall of people. They wasted no time hyping the crowd up, and the response was a mosh pit and shouting the lyrics back at the band. The crowd’s enthusiasm must have reached the stage because the band played a large selection of songs which according to some festival-goers is not a common thing, “They never play this one live anymore!” pointed out a fan near me before “The Fever” put everyone under a spell.

Leaving Microwave’s set, the crowd at Riot Fest became thick with Slayer shirts. Almost functioning like calling cards, people nodded at and high-fived each other after glancing down at one another’s band shirts. As Saturday came to a close, shouts of “Slayer!”  could be heard periodically as fans made their way to the exits.

After some rain, Sunday left the park with large patches of mud. Entry was delayed for about 15 minutes before everyone was able to dash to the stages to see the early bands. Ultra Q was one of them. Formally known as Mt. Eddy, Ultra Q is fresh off their recent rebranding and just as fresh on stage. The guitar-forward group kept the crowd going through their energetic and punk-influenced sounds. The lead singer, Jakob Danger, thanked everyone for coming out early as the crowd grew steadily in size.

After a high-energy morning, It was time for a different kind of energy. Playing at the radicals stage, Ganser’s moody tones was a great change of pace for Sunday. With Riot grrl vibes and repetitive lyrics, the Chicago based, post-punk band was a breath of fresh air after the power chords of the week.

Despite the wet and muddy weather Riot Fest ended on a high note. The festival grounds remained full and the beer flowed freely. With artist bookings that reflect the commitment to diversity, Riot Fest holds its own as one of Chicago’s must-do festivals yet another year. 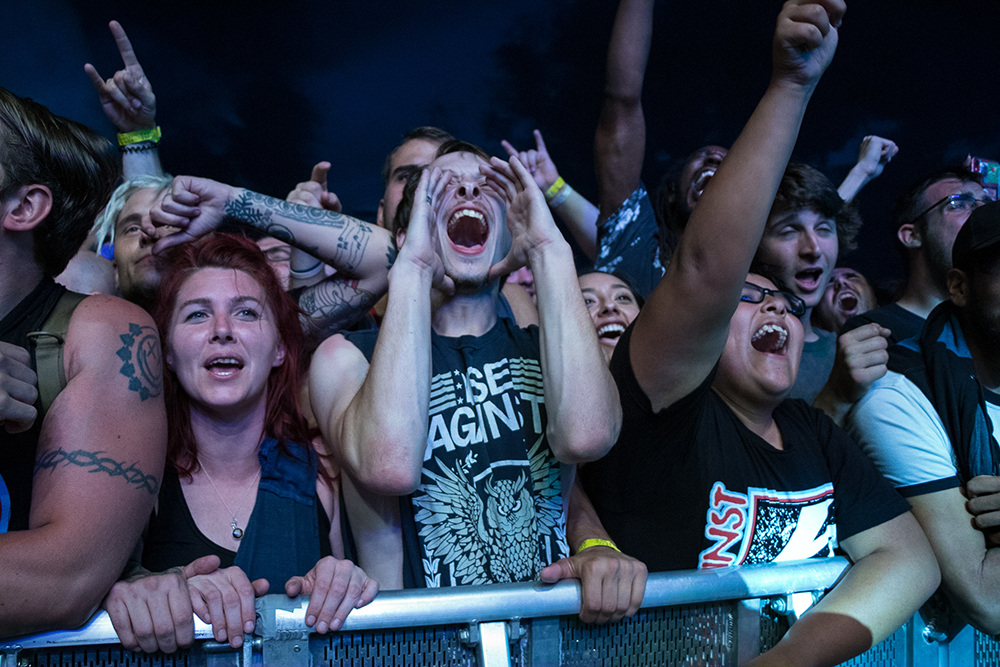