The scene at Baby’s All Right last Tuesday buzzed for the winners of the NPR Tiny Desk Contest amidst a hot, humid New York night. As previously reported by Quip, Quinn Christopherson headlined. The MC introduced the native Alaskan singer-songwriter as a truth-teller who deals in plain language, crafting beauty through simplicity.

As promised, Christopherson sang about a range of experience with frankness and sincerity, from light hearted father-daughter field days and emo queen Avril Lavigne to the impact of his transition and gender identity. He led with nostalgia and kept memory as the theme through the evening. The opening songs echoed with heavy emotion. On stage, Christopherson appeared to enter another world. His eyes, piercing and mutable blue, hovered over the crowd as if singing directly to his inspiration. Christopherson’s dance mimicked his voice in its controlled chaos: stripped-down, jagged movements to emphasize the disarming honesty of his lyrics.

Christopherson warmed up to the crowd easily and spoke with soft, steadfast confidence. His set was deeply personal. Lyrics were often cut with dry humor to balance the chilling effect of lamentations for times past, good and bad handled equally with varying shades of sadness. Stylistically, Christopherson embodied paradoxes on stage: serious yet playful, powerful yet approachable. His accompanying guitarist, Nick Carpenter, enlivened the act with humor and superb technical skill.

Energetic and comical as the set wore on, Christopherson’s lone love song titled “Thank You,” praised both the grand expressions and humble minutiae of lasting romance. “Good Boy,” a satirical, lo-fi chant punctuated with stomping feet for percussion, critiqued male ego in feminism. “That one doesn’t always land,” he confided with a grin. In Brooklyn, to an audience specifically cast of NPR listeners, it elevated him to indie star status. Upcoming tours across the Midwest with the likes of Courtney Barnett and Portugal, The Man could further cement this talent in time to come. In our books, Quinn Christopherson is undoubtedly one to watch. 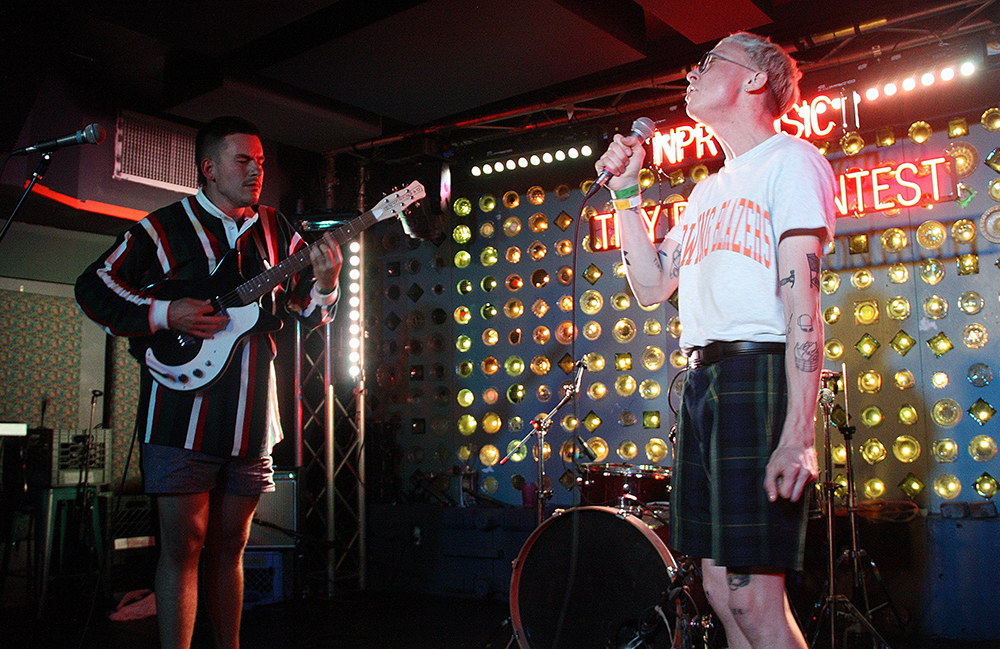