Marking the start of Milk & Bone’s North American and European tour, the evening kicked-off with Oshawa’s very own Dizzy — a young, four-piece band producing dreamy, electronic tracks, a la Purity Ring. Fronted by Katie Munshaw, a songstress with a rich voice and humble presence, the band played a series of synthesized tracks to a genuinely engaged crowd. Leaving their current hit, “Swim”, until the end, other highlights included their track, “Joshua” which, Munshaw explained, was written about a boy who, by breaking her heart taught her to lean on friends and music. 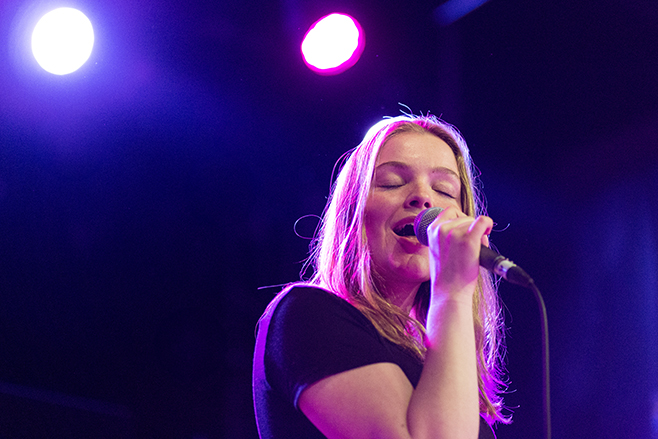 Milk & Bone took the stage framed by a geometric light show that bordered their position, mid-stage, side-by-side. The Montreal-based duo (Camille Poliquin and Laurence Lafond-Beaulne) are signed to Bonsound, and have been making music together since 2013.

This particular show marked the first stop of Milk & Bone’s tour promoting their sophomore album, Deception Bay, released in early February. Naturally, many of the new tracks made their live debut that night. Offering an eclectic mix of electro-pop, dream-washed tracks that straddle the line between light and dark, Poliquin and Lafond-Beaulne quickly threw it back to their 2015 album, Little Mourning, with  crowd pleaser “Coconut Water”.

The newer songs feel a bit heavier than those on their last album, and the women have honed a strong unity that’s particularly evident through their harmonies. Songs including “KIDS”, “Sad Eyes”, and “Daydream” were haunting.

Taking a few moments to dance to the ongoing light show around them, and share their love for the crowd, the show was, in a word: dreamy. 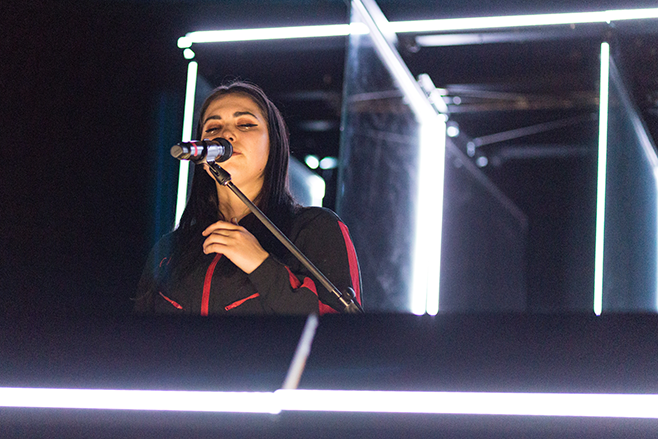 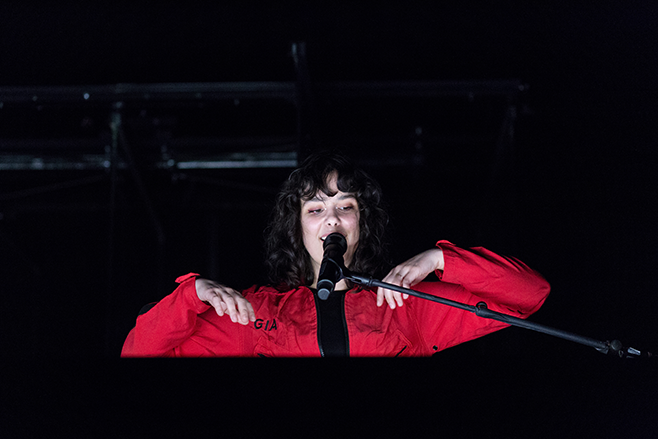