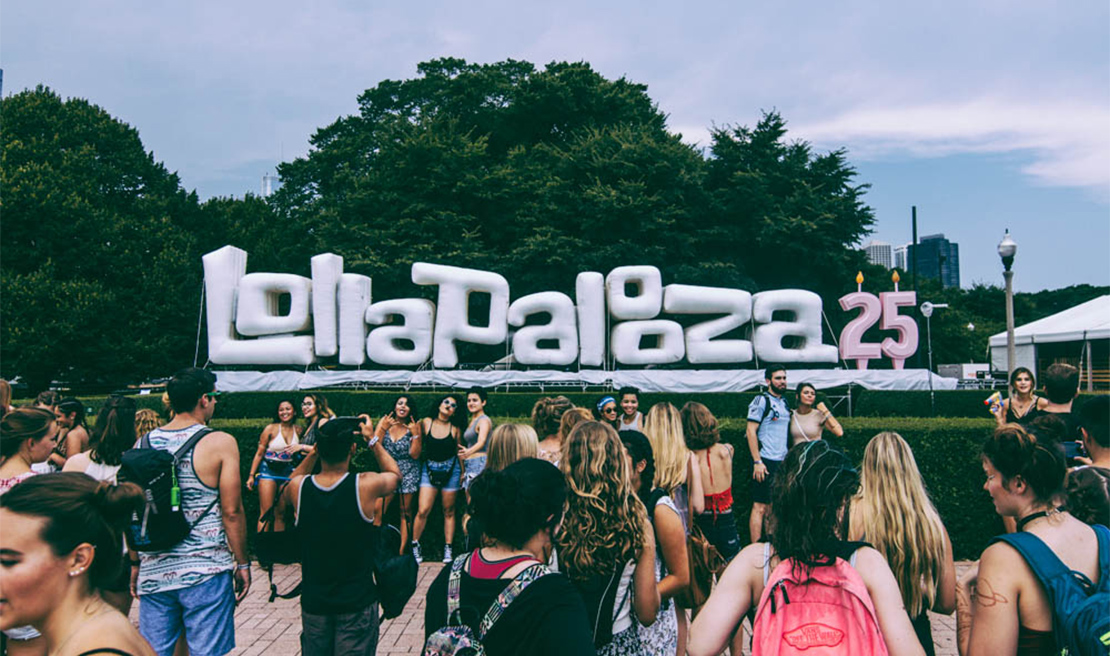 Thunderstorms moving in and out of the Chicago area quickly turned Grant Park, home of the musical spectacle known as Lollapalooza, into a muggy and muddy mess. But the weekend’s unpredictable weather didn’t stop festival attendees from coming out in full force for the music mega-fest.

With a good portion of festival attendees in their teens, electronica continues to rule Lollapalooza weekend with performances from industry up-and-comers like Halsey, Grimes, and Phantogram.

Yet, it was rock and hip-hop that won the festival: J. Cole, Red Hot Chili Peppers, Jane’s Addiction, and Vince Staples, to name a few. Four days and 400,000+ attendees later, Lollapalooza’s 25th anniversary was full of highs, lows, a few technical difficulties, and a plethora of Chicago’s finest MCs.

Many up-and-coming artists use Lollapalooza as a stepping stone, an opportunity to showcase their artistry before they “make it big.” Many of these artists have a following, but Lollapalooza can catapult their careers. This was the case for electropop artists Halsey, Grimes, and Chicago-based MC Saba. 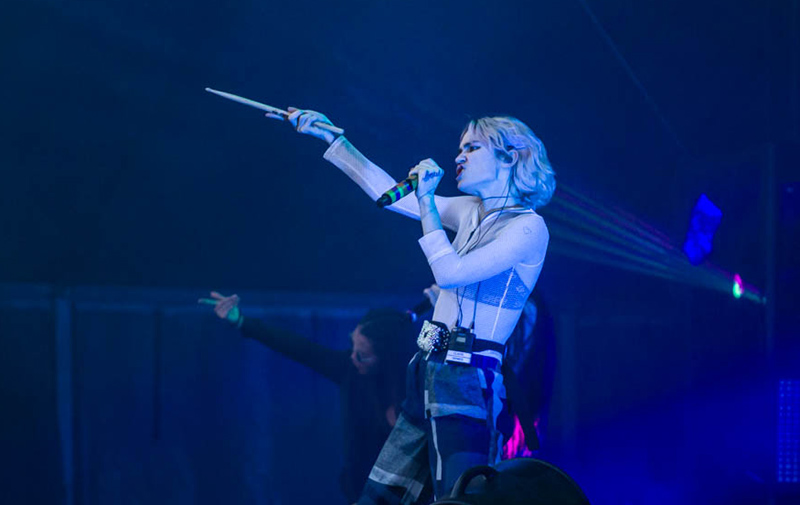 Grimes essentially played a one-woman show – singing, dancing, and playing multiple instruments simultaneously. Although she was vocally flat during her set, she was entertaining to watch – dancing without missing a beat, despite having two sprained ankles.

With striking background visuals and voluminous bass, 21-year-old Halsey gyrated and grinded her way through fan favorites “Gasoline,” “Roman Holiday”, and her cover of Justin Bieber’s “The Feeling”.

Well-known for his live performances, ASAP Mob member A$AP Ferg took to the stage, opening with his verse on Carnage’s “WDYW”. Eventually joined by fellow ASAP Mob member A$AP Rocky, Ferg kept the crowd engaged during his entire set by reminding them that “this isn’t a performance, this is a party!” After a cameo performance of “Overnight Celebrity” from Chicago’s-own Twista, Ferg’s set climaxed with “Shabba” and “Work” – two of his biggest hits – before he closed his set with “New Level”.

With his guitar and Budweiser in tow, City and Colour (AKA Dallas Green), brought his folk sound to the Lollapalooza stage for a rainy hour-long set on Thursday. As Green’s soothing voice engulfed the northernmost area of Grant Park, it was easy for fans to forget about the gloomy weather. As Green and his band entranced fans with “Waiting” and “Wasted Love”, the sun peeked out to enjoy his music before disappearing behind the clouds during “Lover Come Back”.

After a five-year hiatus, LCD Soundsystem reunited to close out Lollapalooza by stepping on the accelerator and never letting up. From beginning to end, the band flawlessly executed their nearly two-hour set, performing a total of 15 songs, including “Daft Punk is Playing at My House”, “Tribulations,” and “Dance Yourself Clean.” Watching LCD Soundsystem, it’s hard not to be engulfed by their music, hypnotized by all the instruments and sounds at play.

Cole and Red Hot Chili Peppers took home the gold for their 2016 Lollapalooza performances. Cole, who has played at Lolla in the past on a smaller stage, performed music from his flawless 2014 Forest Hills Drive, as well as his debut and sophomore projects. Headlining the opening night of Lollapalooza to a crowd that swelled to unknown numbers, Cole, backed by a live band, once again proved why he’s one of the best MCs in the industry right now. 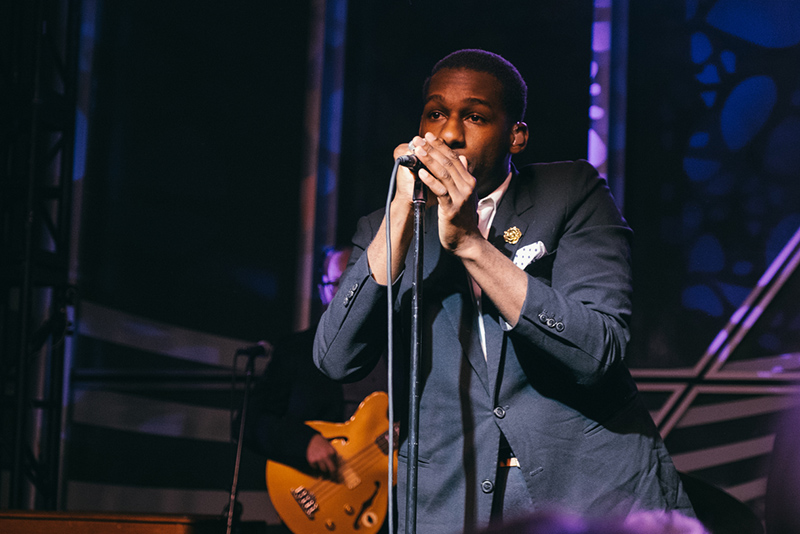 Backed by a six-piece band, soul singer Leon Bridges flawlessly executed an hour-long set at Toyota’s 25th Hour Lollapalooza after-show. Prior to Bridges and his band taking the stage, Big Boi (Outkast) warmed up attendees with a 30-minute DJ set. Despite having a performance at Lollapalooza the following day, Bridges performed like his life depended on it – giving the crowd a taste of what it was like to spend time in the juke joints during the Jim Crow era. Bridges played his debut album Coming Home in its entirety and like the true artist that he is, left attendees wanting more. There’s much more to come from this talented Texas native – stay tuned.

Accompanied by just his acoustic guitar, 18-year-old guitar prodigy James Bell X performed an acoustic set during the It’s So Miami Lollapalooza brunch at Chicago’s Renaissance Hotel. The UK native’s sound was the perfect setup for day three of Lollapalooza, featuring some of his original songs at the invite-only event overlooking the Chicago River. James Bell X is a gifted singer, songwriter, and instrumentalist who is sure to have a future in the music industry and will hopefully grace the stages of Lollapalooza.

Well-known in his hometown of Chicago, producer and MC Saba, née Tahj Malik Chandler, performed an early afternoon set day two of Lollapalooza. The diversity of his music made him one of the most notable performers of the weekend’s festivities. Performing an early afternoon set at a music festival can be a daunting task, but Saba took it all in stride and made every moment on the Lolla stage count. Performing music from his upcoming album Bucket List, Saba’s talent as a songwriter, producer and MC were on full display and his fanbase is sure to have grown exponentially.