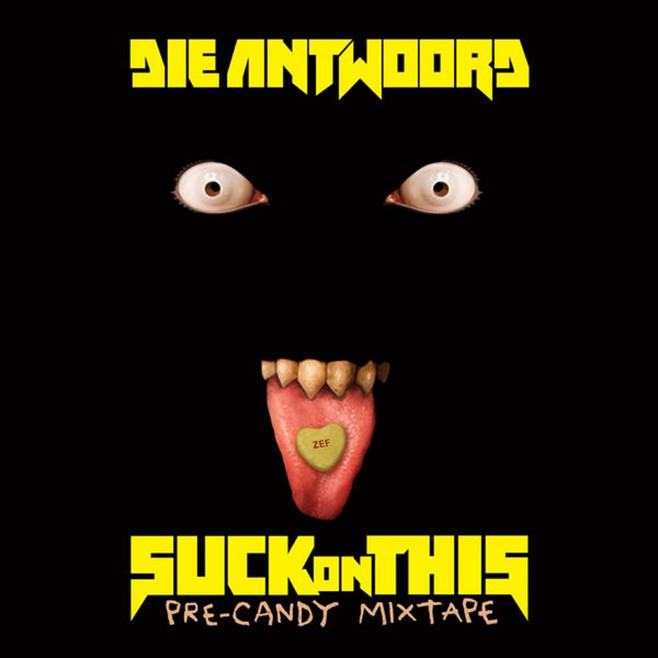 While Die Antwoord fans waited for the group’s September full-length release Mount Ninji and Da Nice Time Kid, the duo decided to tease audiences with the Suck on This mixtape. Released exclusively on DatPiff, the album has all of the hallmarks of Die Antwoord’s music: vulgar content, intense club beats, and the strikingly odd vocals of Yolandi Visser and Watkin Tudor Jones (known by his stage name “Ninja”).

The mixtape brings Die Antwoord an opportunity to include skits and dialogue in the new remixes of previously released songs, slightly revised. Some of the talking interludes include a dismissal of Americans who mispronounce the group’s name, a definition of the word “Zef” (something I’m sure most people wonder about), and skits between Yolandi and Ninja, very common for this performance-based group.

In this release, Die Antwoord took advantage of the interesting opportunity to borrow from their own music. Since it includes old favorite tracks remixed and new tracks with familiar instrumental lines, it really is like a super hyped-up pregame to Mount Ninji and Da Nice Time Kid, released just a few months later. For example, Suck on This includes a trap remix of “I Fink You Freaky” that has a much stronger dance beat than the original version, but still appeals to fans of the original. Suck on This also includes samples from songs that wouldn’t be released until the Mount Ninji album.